Photo, above: First Lady Melania Trump and President Donald Trump watch as their son Barron shakes hands with Col Al Smith who greeted them upon arrival at Andrews Air Force Base in Maryland on June 11, 2017. Trump is returning to Washington, DC after spending the weekend at his Bedminster, New Jersey golf club. MANDEL NGAN/AFP/Getty Images

Remember all the complaining from liberal weenies…. “Oh, no! Melania and Barron are staying in New York. There must be marital problems. The security is going to cost a fortune! Oh, no, we’re doomed!”

You may rest well, liberal weenies. The White House is complete with an intact First Family as Melania and Barron quietly moved into their new home at 1600 Pennsylvania Avenue on Sunday.

The two stayed in New York City during the first months of the Trump presidency so that Barron could finish his school year. Barron, 11, will be the first son in the White House since John F. Kennedy Jr., and will be attending St. Andrew’s Episcopal School in Maryland, reports The Daily Caller. 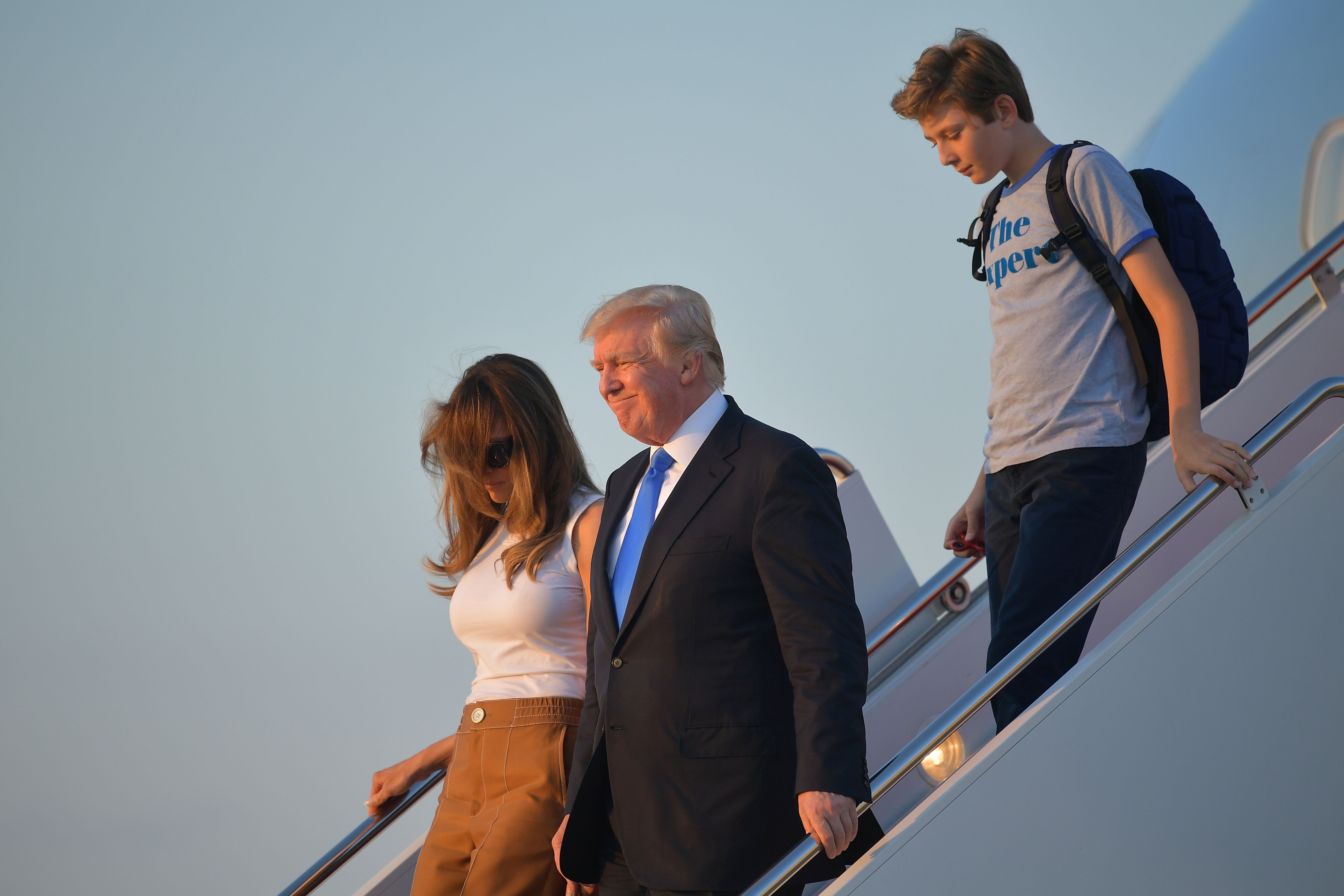 The family returned to Washington after a weekend at President Trump’s golf club in Bedminster, New Jersey. Barron was wearing a shirt that read “The Expert,” and playing with a fidget spinner, a toy that is the new craze.

Melania later tweeted a view from the White House and wrote that she’s “looking forward to the memories we’ll make in our new home!”

Looking forward to the memories we'll make in our new home! #Movingday pic.twitter.com/R5DtdV1Hnv