This is a very good example of just how successful the mainstream media has been at feeding horsesh!t to the American public

So, how would the mainstream media report the FACTS in the pic below?

Yep, it’s a fact that it was Lincoln’s Republican Party that abolished slavery. Every single Republican in Congress voted to abolish slavery while only 23% of Democrats voted for its abolition. By the way, the KKK was begun as an enforcement and intimidation arm of the Democrat Party.

Now, how would today’s mainstream media report this news? The same way they have reported it for decades…. “Republicans are racists!” (continued below)

Sure, it’s a lie. But as Hitler believed, “Make the lie big, make it simple, keep saying it, and eventually they will believe it.” So, now we have a black demographic which votes overwhelmingly Democrat, in direct opposition to their own interest and prosperity, simply because fifty years of media conditioning is difficult to overcome.

Here is how today’s mainstream media would report the news in the pic, below: “A staggering percentage of racist Republicans voted to deny citizenship to freed slaves!”

The really sad news is many people would swallow this news without checking the facts. The alternative media, sites like Powdered Wig, tell the truth. No spin. Just the truth!! 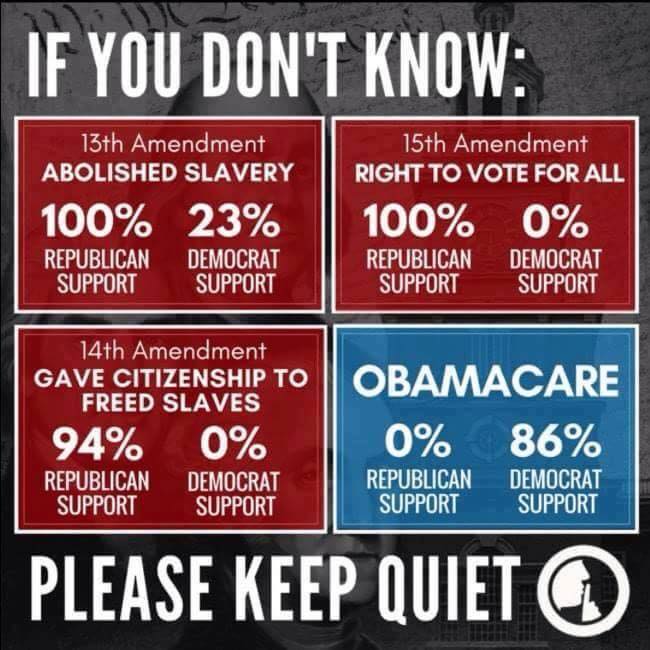