As sick as it gets! Father searching for his daughter at FL school massacre is brutalized on Twitter for wearing a Trump t-shirt. His daughter died

The disease that was and is Barack Hussein lingers.

The left’s hatred for Donald Trump is so rabid that liberals cannot take a moment to sympathize with a grieving father who lost his daughter to a crazed mass murderer.

Most of the Trump-haters are receiving fat tax refunds due to President Trump’s tax cut. Many with 401Ks and stock investments are suddenly wealthy and will enjoy a very comfortable retirement.

None of that matters to them. What matters is they hate Trump. They can’t even tell you why. For lack of an honest and rational reason, they will say he is a racist or misogynist, despite much evidence to the contrary.

So, attack they will, anyone they encounter who openly supports President Trump, even a desperate father searching for his missing daughter in the aftermath of a brutal massacre.

Meadow Pollack was a student at Marjory Stoneman Douglas High School in Parkland, Florida. Her father, Andrew Pollack, in his frantic search to find his daughter, was photographed (above) displaying a cell phone photo of his daughter. He was wearing a Trump 2020 t-shirt.

That was all the liberals needed. They responded to the Twitter photo with responses that I don’t think anyone would have expected, even from the coldest of hearts, let alone those who claim the mantle of “love and tolerance.” We all know better. Liberals are loving and tolerant like Greenland is tropical.

“I don’t feel sorry for him and fuck Trump” was one warm and loving response. “Maybe should have thought twice before voting for Terrorist Trump” was another.

We have tried to appease these people. We have put up with their leftist criminality (Antifa). Their leaders, Barack Hussein and Hillary Clinton, et al., are in a world of trouble today and, by all appearances, have destroyed the Democrat Party and may very well wind up in prison.

Yet, they persist. No one is off limits, not even a father, grieving the tragic and senseless loss of his teenage daughter.

Actual responses to a man whose daughter was murdered in the Florida school massacre. Why? Because he voted for Trump. Some people are sick pic.twitter.com/9jUmHH1wFJ 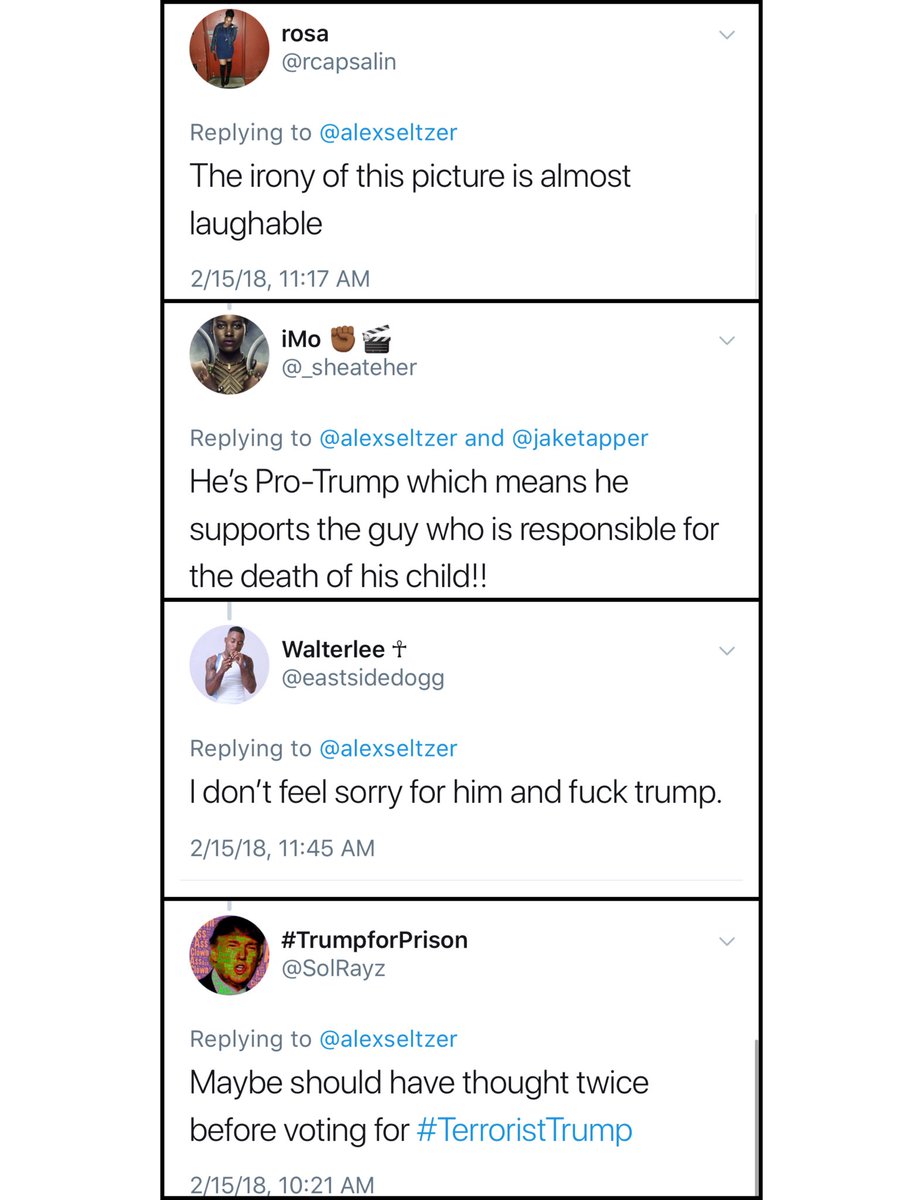 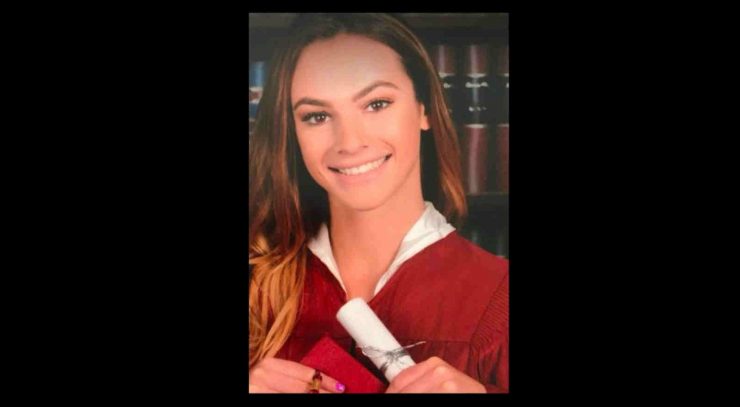