Wow! For the second time is four days, President Trump is slammed by the media for not demanding the death penalty for a guy already dead

This is bizarre! It has only been four days since we reported on a Wall Street Journal reporter, and we have video of it, was slamming President Trump for supporting the death penalty for the Manhattan bike path terrorist, a Muslim, who is recovering in a hospital, but not demanding the death penalty for Stephen Paddock, the Mandalay Bay Hotel mass murderer, a white man, who is already dead.

Honestly, this brain-dead, liberal weenie geek, Eli Stokols, did not take a second while running his mouth to consider the stupidy of the words he was speaking. He just continued to trash President Trump for not demanding the death penalty of a dead man. Link to that article and video….  Eli Stokols. GQ Magazine proudly piled on, backing up Stokols’ condemnation of President Trump for demanding the execution of a dead man.

Now, this! World-class moron and Trump hater, Keith Olbermann, just did the same thing, tweeting his stupidity to the world, noting that President Trump is a “pig” for not demanding the death penalty for Devin Kelley, the Texas church mass murderer, who, like Stephen Paddock, is no longer among the living. Olbermann’s point is that President Trump is clearly a racist for not demanding the death penalty for a dead white man.

Seriously, folks, you simply cannot make this stuff up! 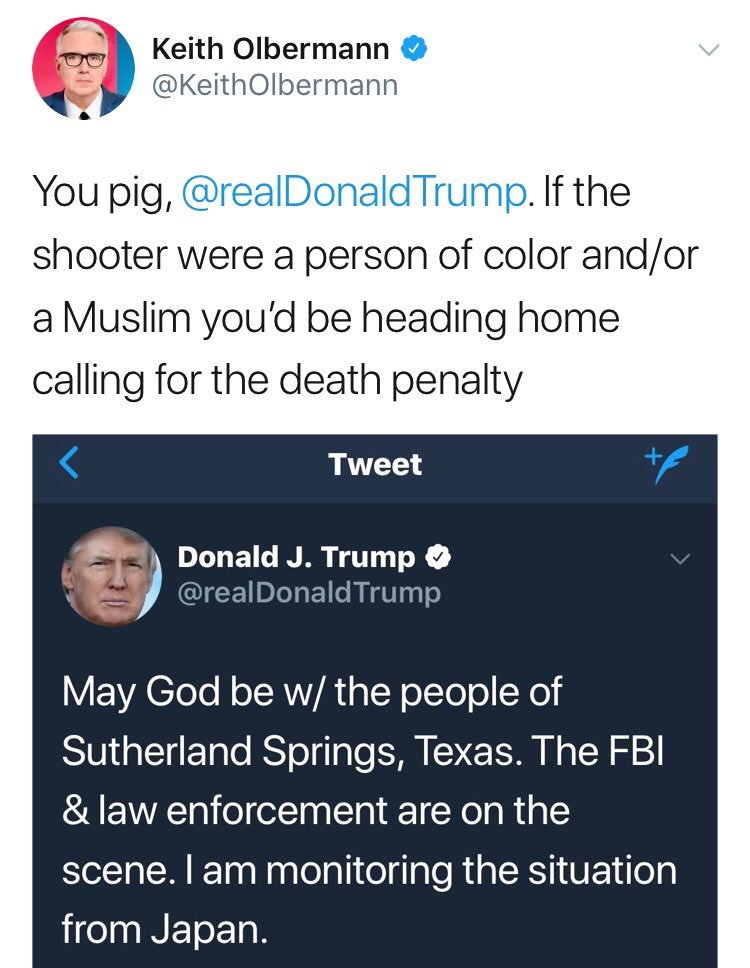 A Perfect Example How the Media Lies to Push a Left-Wing Agenda
April 17th, 2021 Flag And Cross
Contact us