A quick look at at how unfair and WRONG liberals and their mouthpiece, the mainstream media are

The pic, above, is just another example of the mainstream media’s (see Democrat Party Communications Department) blatant leftist bias. Partisan rag and liberal stormtrooper, NY Daily News, depicted the Confederate flag and Washington Redskin banner with the Nazi flag, obviously concluding that there is no difference between the three. Below are other progressive poster children who paint America as a racist, homophobic, redneck, evil, dangerous society.

Likewise, the fawning attention the MSM pays to progressive (see immoral; unethical) issues and personalities is astounding and apparently something these self-appointed “impartial” hacks are not the least bit ashamed of. Their partisan attacks on all things conservative, combined with their servile worship of all things liberal, from global warming to Hillary’s presidential aspirations to the beauty of the transgender movement, the more bizarre the better, is what now passes for liberal leadership and has put our nation in the greatest danger it has known since 1865. 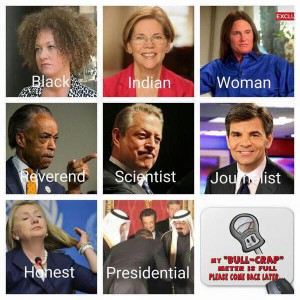 Consider the MSM coverage of the recent Charleston horror. Dyllan Roof, the mass murderer in the church massacre, has been shown repeatedly in a pic with the Confederate flag, the obvious charge being that he is a racist, redneck, white supremacist bigot. No, he is just a sick dude.

A clear analogy would be James Holmes, who, dressed as the Joker, shot up a theater in Aurora, Colorado during a midnight showing of the 2012 Batman movie, The Dark Knight Rises, the third in The Dark Knight trilogy. James Holmes was also a sick dude. He was spellbound by the Joker character.

I don’t recall the media painting Warner Brothers as evil distributors of inciteful trash. Maybe I just missed it. Has Heath Ledger (RIP), who played the part of the Joker, been condemned for inciting mass murder? Of course not! Why not, you might ask. The reason is simple – Hollywood is as  stalwart an ally as the progressive movement has enlisted. The leaders of the liberal legion may be be corrupt, evil, and misguided, but they are not stupid. Anyone who applauds the murder of the most innocent among us, our unborn children, while sobbing uncontrollably at the sight of a beached whale has “Progressive Dupe” written all over them and will be defended by the leftist loonbin, no matter the charge. Sad and sick, but true! 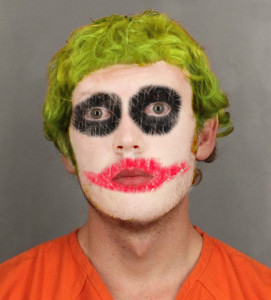