More love and compassion from the left. Liberal teacher praying that only “trumptards” were killed in Las Vegas. She is teaching our kids, folks!

More love, tolerance, and compassion from the left.

Check out this liberal waste product who is praying that only “trumptards” were killed in Las Vegas.

It never ceases to amaze how the political side of the aisle that professes “love” can be full of loathsome vitriol towards their fellow Americans, reports BizPac Review.

In the aftermath of the terrorist attack in Las Vegas on Sunday that killed more than 50 people and injured more than 500, a self-described teacher named Ann took to social media to pray.

But she didn’t pray for the dead and injured victims and their families. Her prayer was that the only people that were killed at the country music concert were, who she called, “Trumptards.”

It almost feels like a hoax. Look at the language in the hashtags under the photo of these two sweet-looking grandma’s and a baby.

There’s no way to know for sure, but Ann was not the only person to use the attack to insinuate that the victims deserved it. 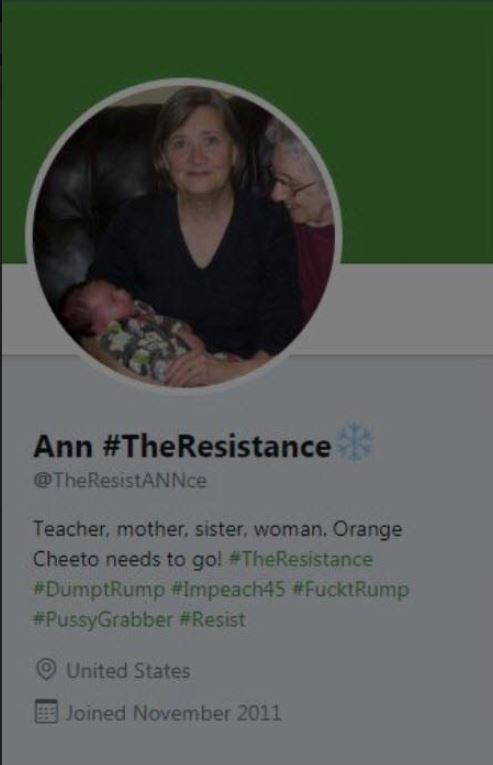