VIDEO: Liberals claim that illegals commit less crime than US citizens. That is a lie! Here are the real, OFFICIAL government figures

Granted, liberals see themselves as being far superior to Joe Sixpack, but that doesn’t change the real numbers, no matter how many bullshit, agenda-driven Ivy League and liberal think tank surveys they cite.

One need look no further than the incarceration rates of illegal immigrants vs. native-born Americans to determine the true numbers.

The OFFICIAL numbers come from DOJ and GAO. Here they are….

DOJ concludes that 26% of federal inmates are illegal aliens, which tracks closely with GAO’s official figures, illustrated in Figure 1, below. 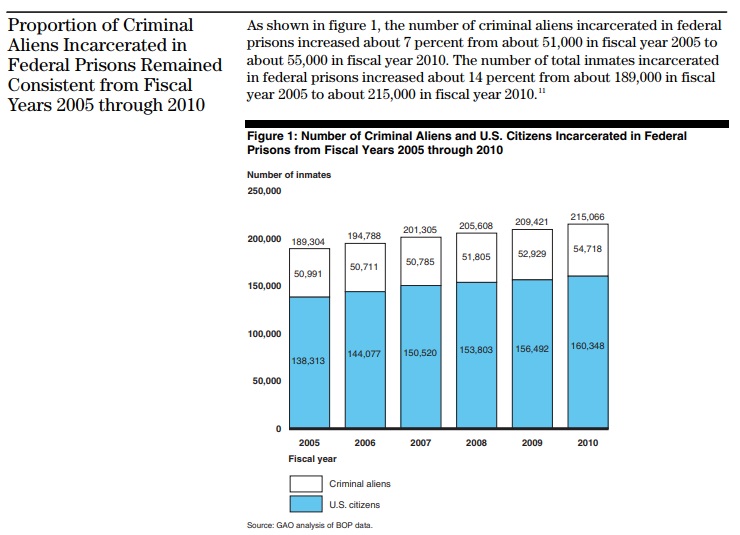 Hmmmm. So, in reality, illegal immigrants are about nine times as likely to commit serious crimes than native-born Americans.

You complete dumbass! No president can declare a national emergency in violation of the Constitution, in your lamebrain case, the Second Amendment.