Fan letter to Mike Tomlin and other Steelers who were critical of former Army Ranger Alejandro Villanueva for standing alone: “GO TO HELL!”

Following is a letter from a blogger who uses the pseudonym “Lovely.” The letter is addressed to Mike Tomlin, James Harrison, Ben Roethlisberger and other Steelers who were critical of former Army Ranger Alejandro Villanueva for his having been the Lone Ranger and lone Steeler standing in public view for the national anthem prior to Pittsburgh’s game against the Chicago Bears at, appropriately enough, Soldier Field.

Lovely’s three-word greeting to Tomlin and other Villanueva critics sums up well the sentiment of most American patriots and football fans…. “GO TO HELL!”

Dear Mike Tomlin, James Harrison, Ben Roethlisberger and any other Steeler who feels a need to criticize Bronze Star recipient Alejandro Villanueva for honoring the flag that his brothers came home under, you can all go to hell.

On Sunday your team had 3 options, stand and support America, sit/kneel and disrespect America or 3 take the coward’s way out and abstain, vote present, hide in the tunnel because you were too afraid to be seen as pro-American or Anti-American. What a vile low candy-ass choice you made.

“I was looking for 100 percent participation, we were gonna be respectful of our football team,” Tomlin told reporters.

Your team does not come before America.

Why should anyone be forced to act in a way that is against their moral code? The poor boys’ millionaire club could not all agree on whether or not to disrespect America so you hid. We Americans understand. Trust me.

Let the kneelers kneel, the sitters sit, the Patriots stand, own your beliefs. Own your side. Everyone with a working knowledge of contract law knows that the players disrespecting America could have been fined in accordance with their contract.

Remember Mahmoud Abdul-Rauf? He was fined $30,000 after disrespecting the flag and choosing to sit on his butt during the anthem. Once he was fined he worked out a compromise and stood, he recited Islamic prayers under his breath but he did not disgrace his team by disrespecting the American flag, the anthem, America herself.

Mahmoud Abdul-Rauf covers his face during the national anthem.

The administrative branch of the NFL is tax exempt. I hope that exemption is revoked. The entire league is subsidized with billions of taxpayers dollars, for what, so you can spit in the faces of the people who support you? No more.

You have backed the wrong horse. Sometimes not choosing a side is choosing through omission.

You’ve taken something that unites Americans of every color, creed, and religion and managed to divide them through your cowardliness and fear of offending the “wrong ” people. Fine them or fire them this is behavior that is covered in their contracts “conduct detrimental to the integrity of and public confidence in the National Football League.”

Honoring 9/11 is detrimental, wearing pink in your hair to honor breast cancer survivors and casualties is detrimental, twerking is detrimental but dishonoring the American flag is not detrimental to the integrity of the NFL. Hypocrites. You lousy lowlife mamby–pamby, money-grubbing, cowardly, politically correct, assholes can all go to hell.

Your decision to hide in the tunnel is disgusting and cowardly. Your decision to criticize Alejandro Villanueva a war veteran, a man who fought for your freedom, a man who saved lives, a man who was willing to lay his life down for you, a bronze heart recipient is beyond words.

Mike Tomlin, James Harrison, Ben Roethlisberger and any Steeler who has the audacity to criticize or question Alejandro Villanueva standing for the National Anthem, choosing country over his team, you are what is wrong with America. As a team, you boys get a ball from one of a field to another side of the field and celebrate. As a man, Villanueva rescued wounded soldiers while under enemy fire and you cowardly clowns are hiding in a tunnel because you couldn’t decide whether or not to stand or sit for the American flag have the misguided intrepidity to criticize Villanueva’s dedication to America?

I hope my fellow Americans pray with me for a holy curse on your team, that you not win a single game for the rest of the season. I hope that you lose your tax exempt status, I hope you rethink your disgusting words and actions.

May the souls of the faithfully departed brothers and sisters who came home under the American flag haunt your every moment.

It should also be noted that Steeler head coach Mike Tomlin is likely not much of a patriot himself, judging by the company he keeps. The following ad is for a fundraiser Tomlin held at his home for Hitlery Clinton. If you simply wanted to get a look at the Wicked Witch of Benghazi, it set you beck $10,000. The cost to actually touch Monica Lewinsky’s ex-boyfriend’s wife was $33,400. 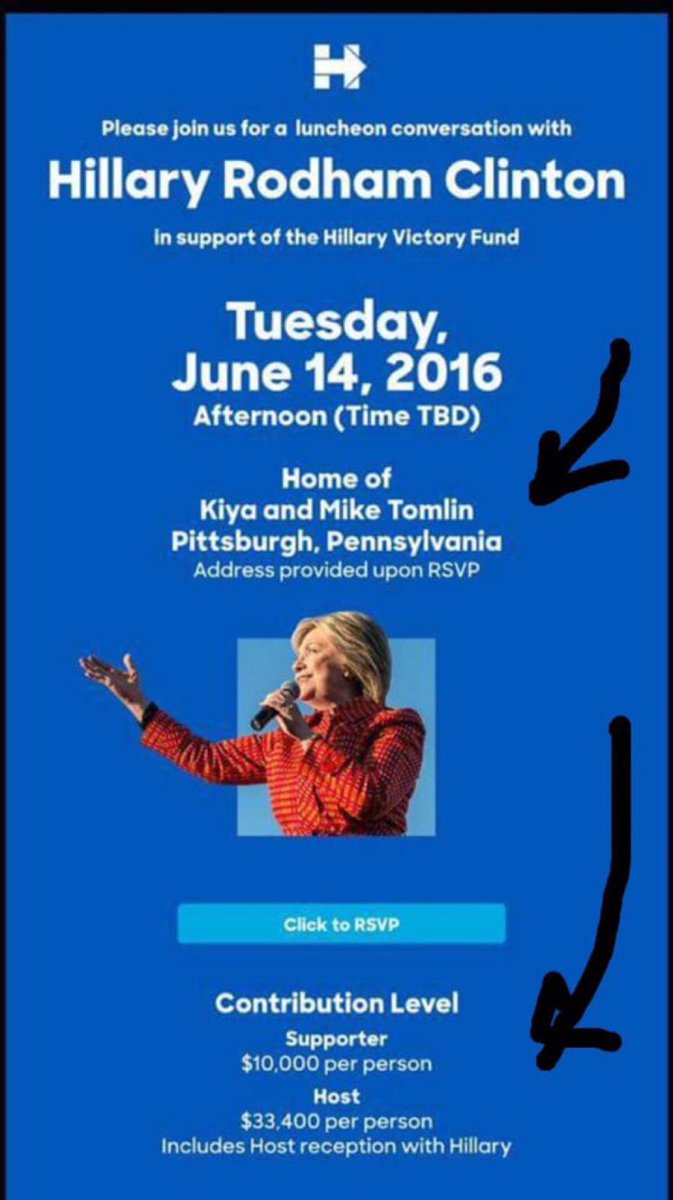 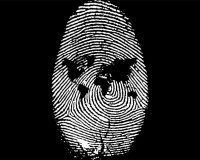