Judge Kavanaugh refuses over $600,000 raised for him in a GoFundMe campaign. THIS is the innocent man the Democrats tried to frame as a gang rapist

The good news and the really good news in the Brett Kavanaugh appointment to the Supreme Court is Judge Kavanaugh has taken his seat on the bench and the Democrats have failed. They failed to stop the appointment of another conservative and originalist interpreter of the Constitution to the nation’s highest court.

The Democrats were successful, however, in practically destroying Judge Kavanaugh’s reputation, painting him as a violent sexual predator and even accused him of being a gang rapist.

Well-known conservative John Hawkins started a GoFundMe page for Judge Kavanaugh in September to help pay for personal security in light of numerous death threats and also for legal fees the judge was likely to accrue defending himself against the totally unfounded, unsubstantiated, and uncorroborated accusations of his uber-corrupt accusers in the Democrat Party.

Hawkins’ GoFundMe effort for Judge Kavanaugh raised over $600,000, every dime of which the judge has refused to accept so as not to raise an ethical concern. THIS is not unexpected behavior of the incredibly honorable man Senate Democrats attempted to destroy for political gain, with the mainstream media joining in the character assassination of a very decent and innocent man.

I expect the Democrats’ failed and transparent attempt to destroy an innocent man and his family will cost them many votes next Tuesday. 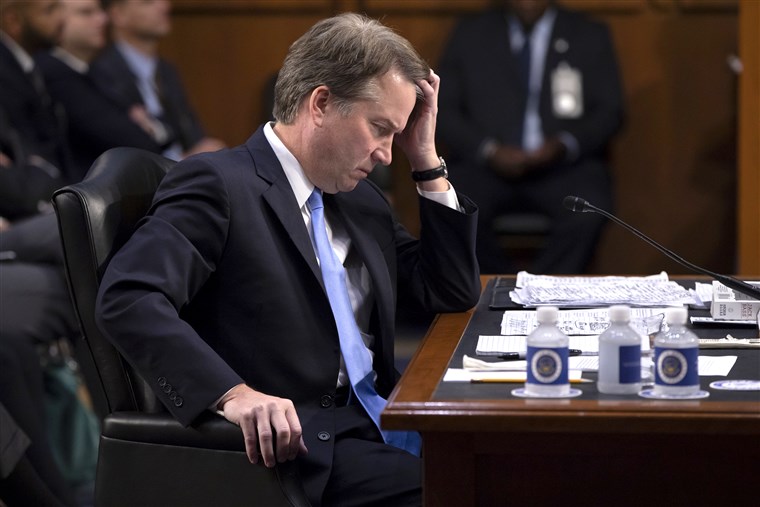 Supreme Court Justice Brett Kavanaugh will not accept a $600,000 award from a GoFundMe page established to support him as he faced allegations of sexual misconduct from several women.

Conservative blogger John Hawkins, who launched the GoFundMe effort on Sept. 24, received a statement from former Kavanaugh law clerk Travis Lenkner indicating that the justice was flattered by the support but precluded from accepting the donations.

Supreme Court justices are not bound by the Code of Judicial Conduct, but ethics rules generally preclude judges from using their name and likeness for fundraising purposes.

Hawkins hoped the donations would finance personal security for the Kavanaugh family and legal expenses incurred to mount the judge’s defense. Mrs. Ashley Kavanaugh received several death threats at her professional email address during the confirmation process, and the U.S. Marshal’s Service told reporters that they were tracking an uptick in threats against the family.

After researching charities Brett Kavanaugh has supported in the past, Hawkins decided to donate the proceeds to three organizations run by the Catholic Archdiocese of Washington, D.C.: the Catholic Youth Organization (CYO), the Tuition Assistance Fund and the Victory Youth Center.

Brett Kavanaugh coached ladies basketball in the CYO and volunteers with the St. Maria’s Meals program, which serves hot dinners to the capital’s poor. The judge was spotted working a buffet line for St. Maria’s two days after his nomination to the high court in July.

Some 13,000 individuals made donations to the GoFundMe page. Similar pages were established to support Christine Blasey Ford and others who accused Brett Kavanaugh of various sexual predations.