Kathy Griffin claims she’s been blacklisted. No, you are just not funny. No one wants to hear a foul-mouthed feminazi whine about not having a penis

After crying in public while apologizing profusely when the President Trump beheading photo blew up in her face, Kathy Griffin has lost her CNN gig and been interrogated and investigated by the Secret Service. Ever the liberal weenie fighter, though, she has come out swinging and has brought her trademark whining to a new level.

Like Hitlery Clinton, Griffin is blaming everyone else for her misfortunes. It appears she can no longer find work in the United States (are you listening, NFL players?). No one wants to hire her, no one wants to see her, and it is everyone’s fault but her own.

Griffin claims she has been blacklisted. Maybe. It happens to conservative actors every day, but they are blacklisted because the liberal weenies who run the studios have plenty of money and are discriminating against them because of their patriotism and support for President Trump, which makes it seem like they would dying to hire you, huh, Kathy?

The fact is you are toxic, you are not funny, and no one wants to listen to a foul-mouthed feminazi whine about not having a penis. Best of luck on your world tour. Maybe you can provoke a few yucks in Reykjavík. They will laugh at anything this time of year.

If you’ve ever wondered what blacklisting in any industry looks like, especially if you’re a woman of a certain age, I’ll show you right now.

Last month, I received an invite through my former publicist to deliver the opening remarks at The Hollywood Reporter Power 100 Women In Entertainment breakfast that will be held in December. I’ve attended this event numerous times, including last year when they honored Megyn Kelly (and yeah…I playfully flipped her the bird when she continued to praise Trump). I was honored to FINALLY have my chance to take the mic at an event I admired and to address my peers directly. Unfortunately, they rescinded my offer and I am no longer invited to speak. I do not buy their official reasoning and I believe “the word has been put out” on me. I can’t help but take this as another occasion where Hollywood is blacklisting a woman and silencing her. After decades of hard work in this industry, it’s my opinion that this is not right nor justified. Yeah, I took one photo holding up a children’s Halloween Trump mask with ketchup on it…so what? How’s that feigned outrage working out for you now in light of a possible impending nuclear holocaust?

For decades, I have worked to shine a light in a humorous way on a coterie of topics, controversial and otherwise, in an extremely male-dominated field. I have received no public support that has translated into being able to simply resume my life-long career.

In any way possible, I will of course continue to champion those without voices and those who are disenfranchised, with the hope of being able to do my job. I just want to make you laugh, even though I don’t have one single day of paid work ahead of me in the United States for the rest of my life. That’s what blacklisting is.

I’ve attached the emails that were sent to my team and I so you can all see for yourself. 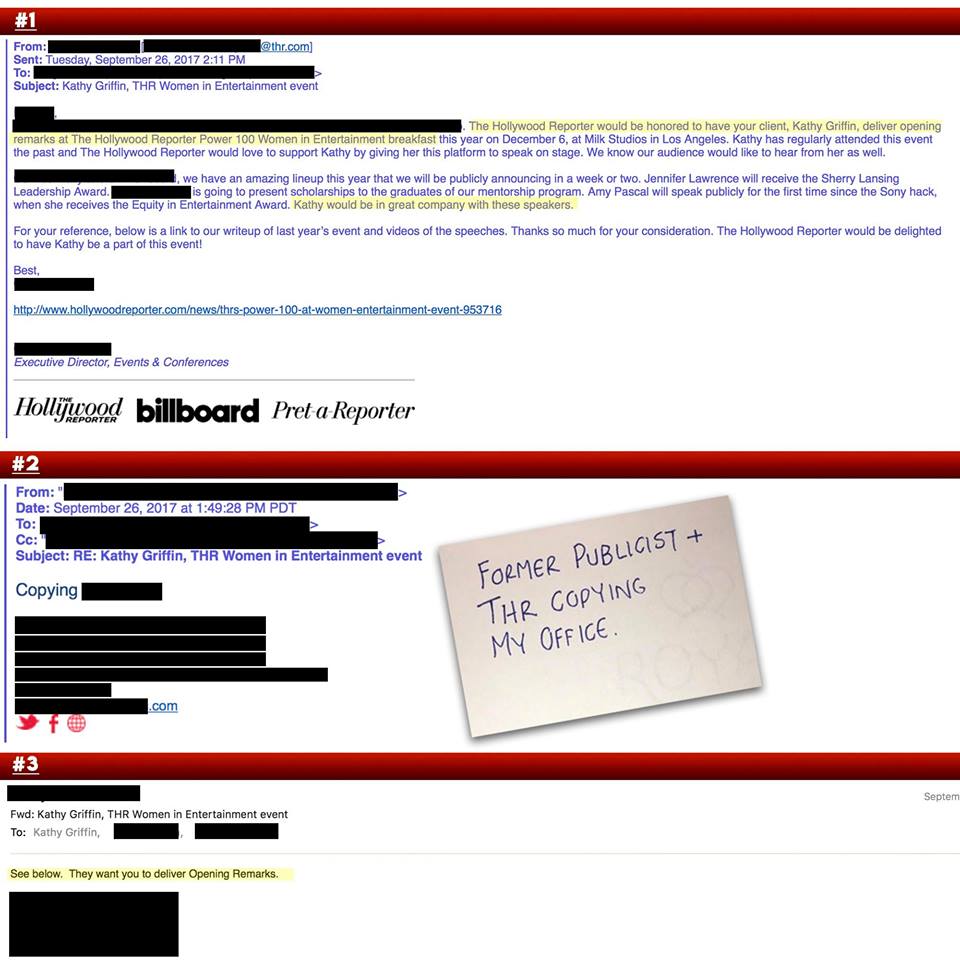 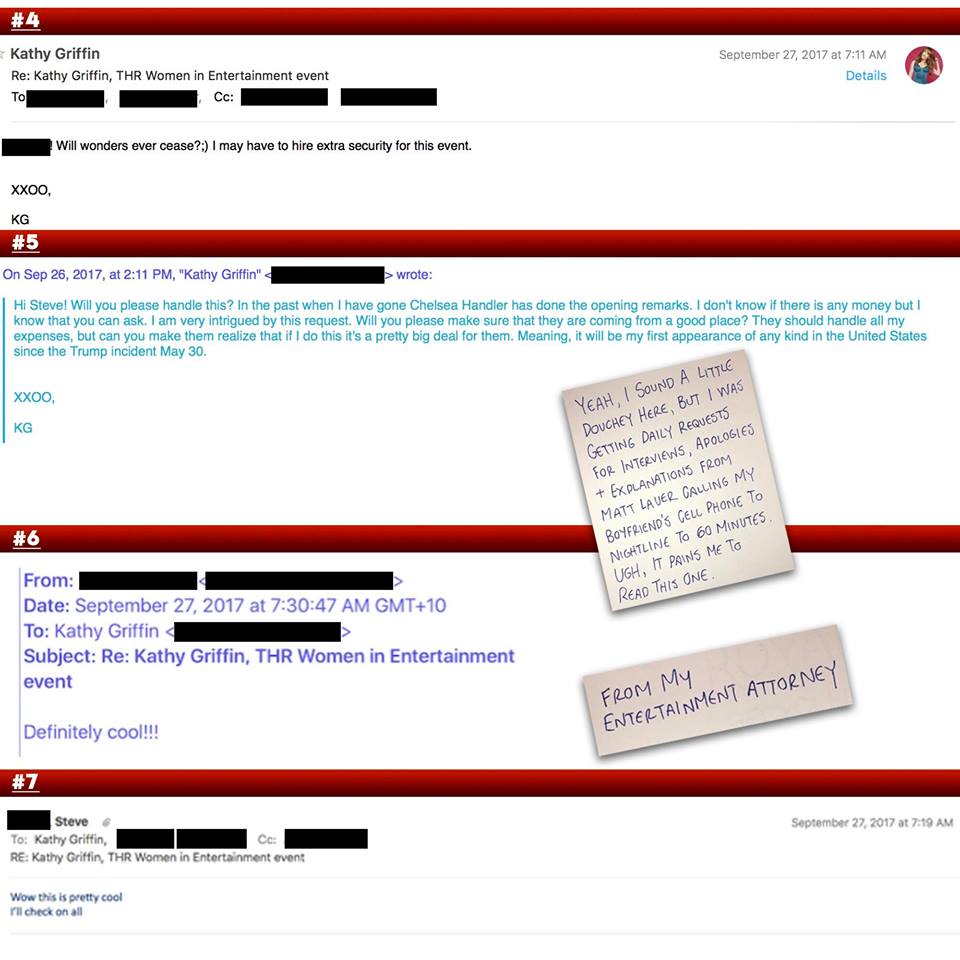 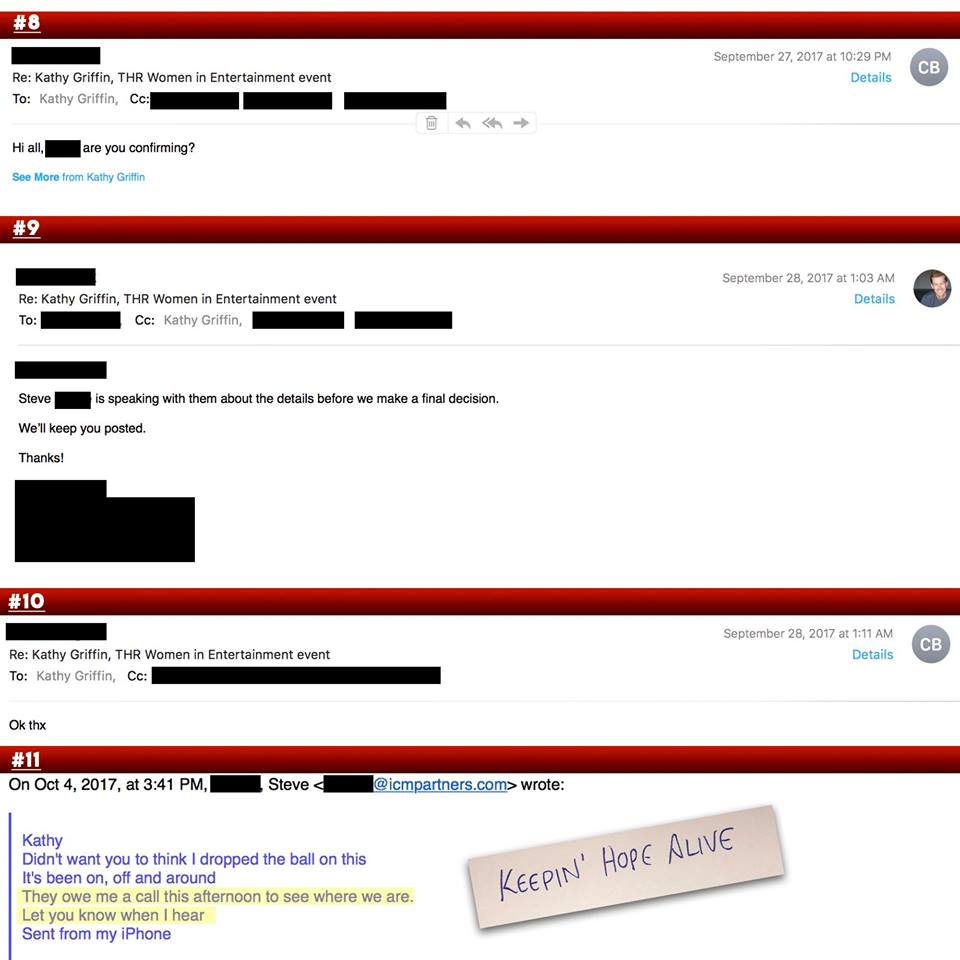 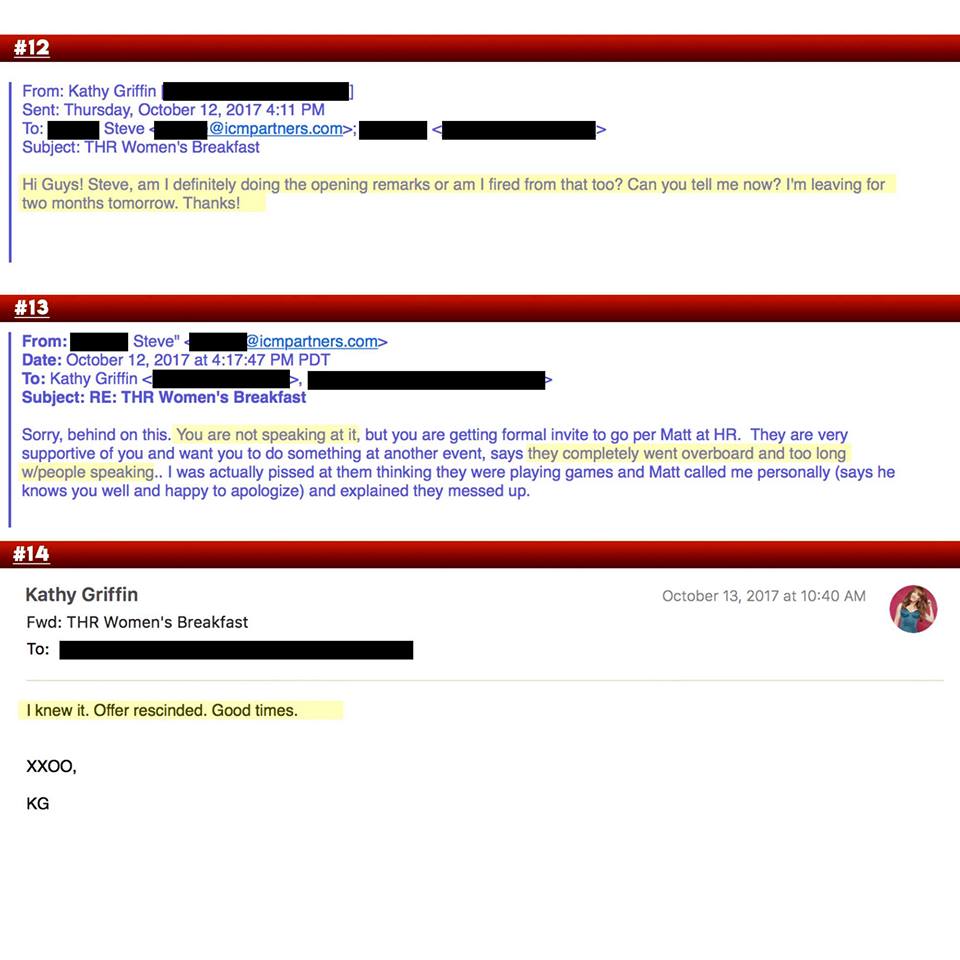