BREAKING! Truck attack in Jerusalem by Palestinian believed to be an ISIS sympathizer kills four Israeli soldiers, wounds thirteen others

Four Israeli soldiers were killed in a terrorist truck attack today in Jerusalemm. Three of the four killed were women. Police at the scene shot and killed the terrorist who has been identified as a Palestinian with ISIS ties.

From CNN: The driver who plowed a truck into a group of soldiers in Jerusalem, killing four people and injuring at least 10, may have been an ISIS sympathizer, according to Israeli Prime Minister Benjamin Netanyahu.

Israel Defense Forces (IDF) said three of the slain were cadets and one was an officer. All of the slain victims were in their 20s.

Speaking from the scene of the attack, on a promenade overlooking the walled Old City of Jerusalem, Netanyahu said authorities have identified the terrorist and “all signs show he is a supporter of the Islamic State.”
Earlier, Israel Police spokesman Micky Rosenfeld told CNN “there are no potential active ISIS cells here in Israel.”
“A group had gotten off the bus and were getting organized with their bags when the terrorist took the opportunity, ramming his truck into the group,” Rosenfeld said.
“Then he in fact reversed and tried to ram them again until shots were fired, and the terrorist was shot and killed at the scene.” 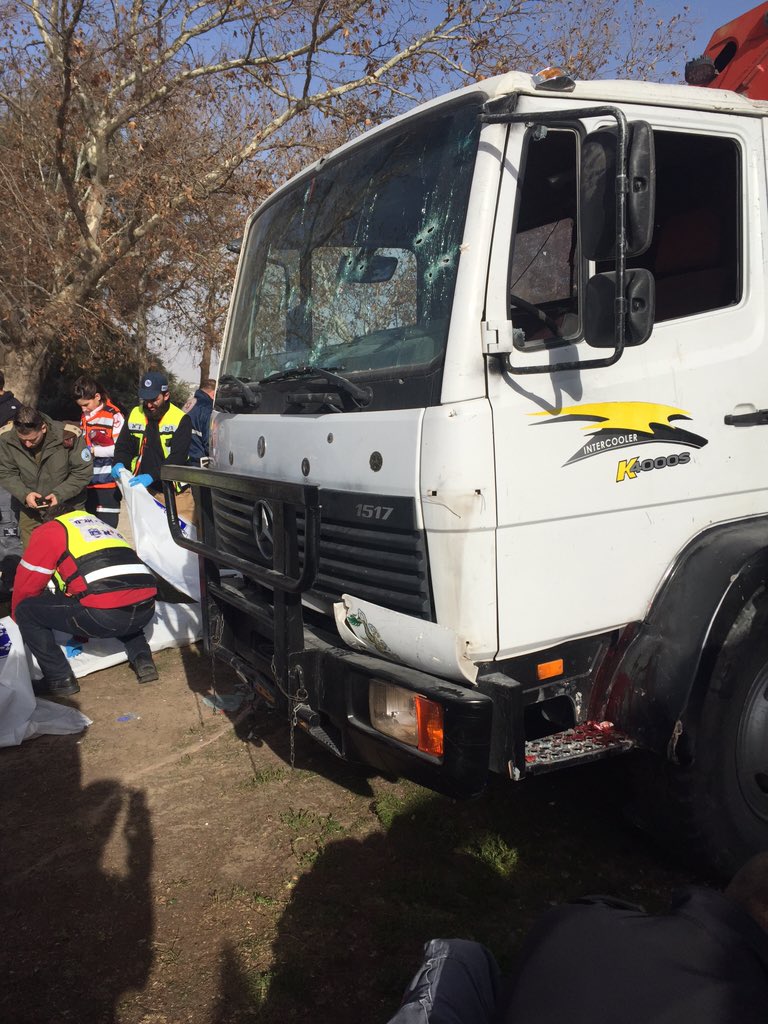 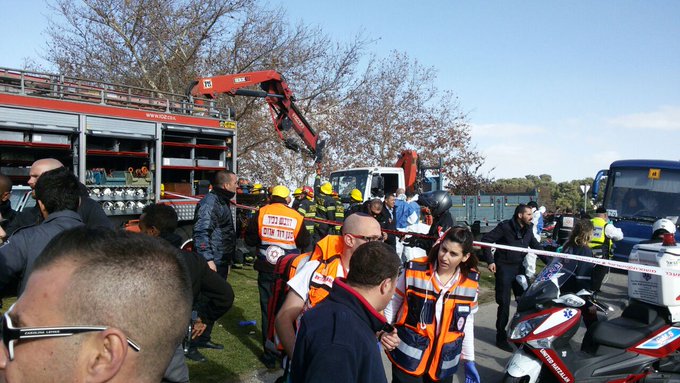 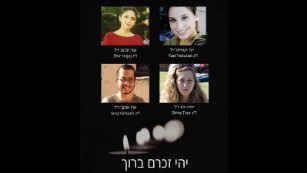