Struggling Jeb Bush has a hissy fit, tells the American people he has better things to do than grace them with his presence in the Oval Office

THIS is the face of the new Republican Party, RINOs. Get used to it! 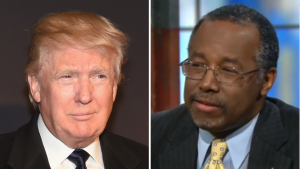 Just 24 hours after Jeb Bush downsized his campaign to fit his struggle in the polls, Bush tells America if they want to elect Trump, go right ahead. Jeb Bush has better things to do than sit around and be demonized.

Speaking in South Carolina today, Jeb Bush said (via CNN’s Jake Tapper), “If this election is about how we’re going to fight to get nothing done, then I don’t want anything, I don’t want any part of it. I don’t want to be elected president to sit around and see gridlock just become so dominant that people literally are in decline in their lives. That is not my motivation. I’ve got a lot of really cool things I cold do other than sit around, being miserable, listening to people demonize me and feeling compelled to demonize them. That is a joke. Elect Trump if you want that.”

There’s an unappealing Romneyesque entitlement overtaking Jeb Bush’s message (whatever that message is supposed to be— and that is really his problem, he has no message other than a drab calling card for tax cuts for his friends and family because it worked so well under his brother). Jeb Bush sounds petulant that Republican voters are rejecting his pedigree and place. If a Bush wants the White House, they get it.

If this sounds clueless and out of touch, Jonathan Martin and Matt Flegenheimer wrote an insightful piece for the New York Times on the Bush family grappling to understand Jeb’s failure to dominate the GOP primary. Ultimately, however, they still believe they will be attending Jeb’s inauguration in January of 2017:

These are confounding days for the Bush family and the network of advisers, donors and supporters who have helped sustain a political dynasty that began with the Senate victory by Prescott Bush, the older Mr. Bush’s father, in Connecticut 63 years ago. They have watched the rise of Donald J. Trump with alarm, and seen how Jeb Bush, the onetime Florida governor, has languished despite early advantages of political pedigree and campaign money.

…
More is at stake in this race than Jeb Bush’s political career, Friends of the family say. The Bush name has been prominent in national politics for three decades, and a rejection of the younger son by the electorate, especially in the primary, could be deeply wounding to a family proud of its role in American history.
But the Bushes do not talk much about losing.
George W. Bush, who has become a regular on the fund-raising circuit for his younger brother, tells audiences that he and his father have developed a routine. The elder Bush asks his son, “When is the inauguration?” George W. Bush reminds him that it is January of 2017.
“I’ll be there,” the father replies

The Republican Party has passed the elder Bushes by, but what they don’t realize is that their own son George W. Bush did his fair share to build this debacle.

No Republican strategist worth their salt should have let Jeb Bush run for the White House in 2016. It is too soon for another Bush. The fact that he has no new message but is carrying the baggage of entitlement and a dynastic legacy is not helping (Republican strategists and some Democrats have desperately tried to equate Hillary Clinton to Jeb Bush in order to mitigate the dynasty problem, but of course, Hillary Clinton was not born to Bill Clinton and neither were born to political families). Add to this that he looks like Karl Rove as a used car salesman and has a dubious record — what did they think was going to happen?

Who is letting Bush talk like this to reporters? Uninspired, deflated and boring with a tinge of born-to-it privilege. He’s Mitt Romney with George W. Bush’s last name.

Jeb Bush’s new winning message: You don’t want him? Well, Jeb Bush is so over you, America. You’re not his type, anyway. He never wanted to be president of a bunch of do nothings who would prefer to demonize people and do gridlocky things, and that is why he ran as a Republican – the party of gridlock and demonizing as a political strategy.