Some things never change. Another day, another threat from Iran to “annihilate” Israel.

The head of Iran’s military, Abdolrahim Mousavi, said that the Iranian Army and the Islamic Revolution Guards Corps (IRGC) – another branch of the Iranian military, will “move hand in hand” to ensure that the “arrogant system will collapse and the Zionist regime will be annihilated” within 25 years, reports FARS news agency, via Zero Hedge. 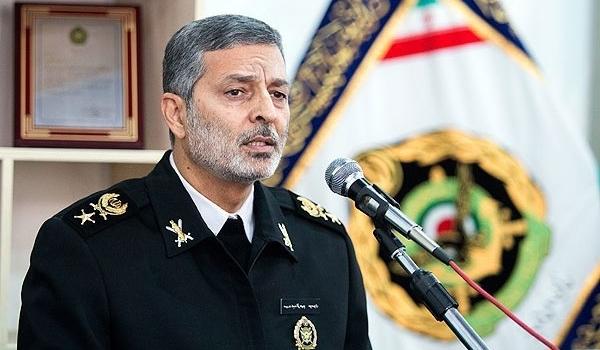 “When the arrogant powers create a sanctuary for the Zionist regime to continue survival, we shouldn’t allow one day to be added to the ominous and illegitimate life of this regime,” General Moussavi added, addressing the ceremony.

Mousavi’s remarks come one day after IRGC Lieutenant Commander Brigadier General Hossein Salami warned Israel not to engage in further saber-rattling against Iran – claiming that their airbases are “within reach,” putting them “in the dragon’s mouth.”

And how about the names of these guys. Check the tweet below by Hussein Delirium (or something like that), quoting the vice-commander of the Islamic Guard, whose name is Salami. Not kidding! How can anyone take these people seriously? I am reminded of the hilarious SNL skit by Robert DeNiro announcing a most wanted terrorist list (video, below).

#BREAKING#Iran's #IRGC vice-commander Salami warns enemies: Hands are on the trigger & missiles are ready & will be launched at any moment that enemy has a sinister plot. North & west of #Israel are at the intersection of fire; you will not escape. You live in the dragon's mouth pic.twitter.com/T0mjYi8Adc

​”Don’t trust your airbases. They’re within reach,” said Salami, adding that “wherever you are in the occupied land, you’ll be under fire from us, from east and west. You became arrogant. If there’s a war, the result will be your complete elimination.”

Salami noted that Iran’s “Hands are on the trigger & missiles are ready & will be launched at any moment that the enemy has a sinister plot.”

“We know you well, you are too vulnerable,” Salami said, addressing Israel. “You have no depth and no backyard, you are the size of our Beit-ul-Moqaddas operations (during the 1980-88 Iran-Iraq war), any point in the land under your occupation is a cross point of fire from North and from West, and this is a new phenomenon. You have no way out to escape and you are living in the dragon’s mouth.”

General Salami told the Zionists to be aware that in case of outbreak of any war “you can be assured that it will result in wiping you off, the smallest target is your existence, there is no smaller target than that“. –FARS

Salami also told Israel that they shouldn’t count on the help of the UK, Britain and France, saying “You are gone when they arrive there like an ambulance sent to a dead man that can only take him to the graveyard; then, behave yourselves and avoid doing dangerous calculations.” 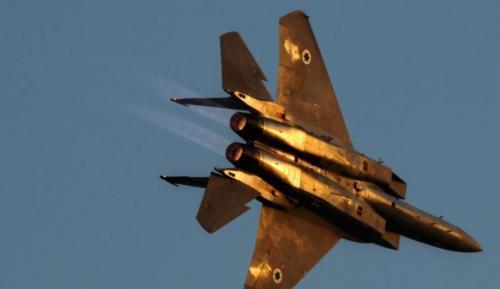 Russia and the Syrian military blamed Israel for a pre-dawn missile attack Monday on a major air base in central Syria, saying Israeli fighter jets launched the missiles from Lebanon’s air space. A war-monitoring group said the airstrikes killed 14 people, including Iranians active in Syria.

Last Wednesday, the Wall Street Journal reported that Israeli Prime Minister Benjamin Netanyahu conferred with US President Donald Trump before ordering the April 9 strike which targeted Iranian air-defense and other military hardware such as a drone program.

After conferring with President Donald Trump, Israeli Prime Minister Benjamin Netanyahu ordered a strike on the newly arrived antiaircraft battery to prevent Iranian forces from using it against Israeli warplanes carrying out increasing numbers of operations in Syria, some of these people said.

Israeli officials told the Trump administration about the planned strike in advance so that the U.S. was aware of their plans to directly target an Iranian base, according to two people briefed on the plans.

Israeli leaders have kept silent about the strike, but Russia, Iran and Syria all accused Israel of carrying it out. Information provided by intelligence officials and others briefed on the strike offered new details on the specific target, Israel’s goals, and the discussions with Washington. –WSJ

In response, Israel’s Netanyahu fired back at Salami on Friday.

“We hear the threats from Iran. IDF fighters and the security branches are ready for any development. We will fight anyone who tries to harm us.“