HuffPo tweet claiming Hitlery had a 98.2% probability of winning the election has disappeared. An accident, I’m sure. Right?

Huffington Post’s tweet the day before the 2016 presidential election predicting that Hitlery Clinton would defeat Republican Donald Trump has disappeared. Vanished! Surely it is an accident that will be corrected in short order. Amirite?

So convinced were the gleeful liberal weenies at HuffPo that Hitlery would destroy now-President Trump at the polls that they calculated his odds of winning at nearly zero, a miserable 1.6%, compared to the overwhelming certainty of 98.2% that Hitlery would now be in the White House and finishing the job begun by Barack Hussein of destroying America once and for all.

The tweet may have disappeared, but the HuffPo article hasn’t. It appeared on November 7, 2017 and was updated the following day, Election Day. Following is the first paragraph…. “The HuffPost presidential forecast model gives Democrat Hillary Clinton a 98.2 percent chance of winning the presidency. Republican Donald Trump has essentially no path to an Electoral College victory.” I want to play poker with these folks! 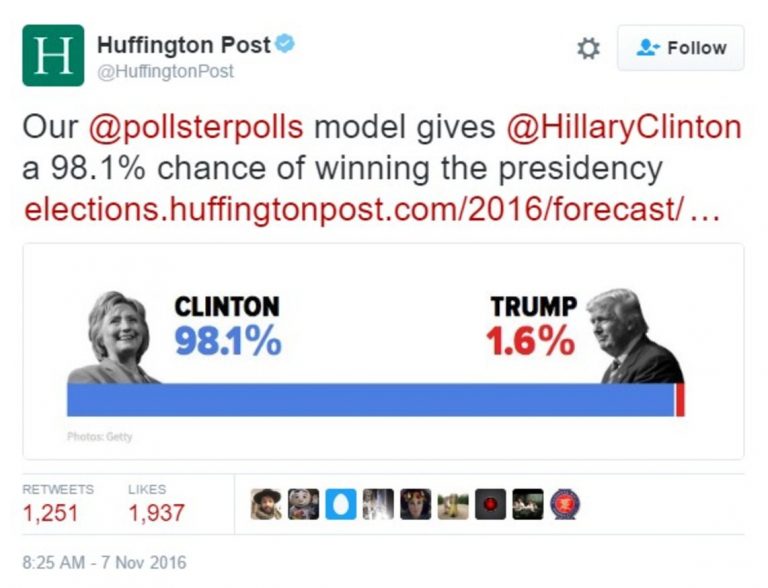