Believe it or not! House Democrats sponsor a bill to make “hateful rhetoric” towards Muslims illegal. So long, First Amendment!

As if their isn’t enough lunacy inside the beltway, check out this unconstitutional stool sample proposed by the assclowns on the left side of the congressional aisle (House). They are calling this violation of our Constitution H.Res.569 – Condemning violence, bigotry, and hateful rhetoric towards Muslims in the United States.

“Towards Muslims!” No mention of Christians or Jews, or any other religion. You are still free to verbally abuse any other religion to your heart’s content. Just don’t say or do ANYTHING that a Muslim might consider offensive, like being an infidel, or breathing.

The good news is that we have a Republican majority in the House, so (I pray) this bill will never see the light of day, unless, of course, a handful of Republicans join the insanity, not an impossibility.

The sponsors of this steaming pile are incensed that “hateful rhetoric” towards Muslims is permitted. I have news for these pampered imbeciles! As long as we have a First Amendment, and until Muslims join the 21st century, stop butchering innocent people, stop whining like babies, and get their heads out of their asses (I know, I know, “hateful rhetoric”), then there is going to be much more “hateful rhetoric” coming to Muslims, and much worse, I’m sure. Call it backlash, a completely normal human reaction. 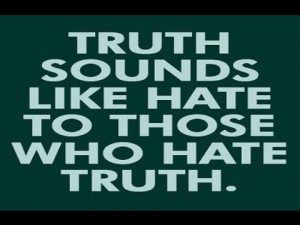 December 17, 2015 ought henceforth to be a date which will live in infamy, as that was the day that some of the leading Democrats in the House of Representatives came out in favor of the destruction of the First Amendment. Sponsored by among others, Muslim Congressmen Keith Ellison and Andre Carson, as well as Eleanor Holmes Norton, Loretta Sanchez, Charles Rangel, Debbie Wasserman Schultz, Joe Kennedy, Al Green, Judy Chu, Debbie Dingell, Niki Tsongas, John Conyers, José Serrano, Hank Johnson, and many others, House Resolution 569 condemns “violence, bigotry, and hateful rhetoric towards Muslims in the United States.” The Resolution has been referred to the House Committee on the Judiciary.

That’s right: “violence, bigotry and hateful rhetoric.” The implications of those five words will fly by most people who read them, and the mainstream media, of course, will do nothing to elucidate them. But what H. Res. 569 does is conflate violence — attacks on innocent civilians, which have no justification under any circumstances – with “bigotry” and “hateful rhetoric,” which are identified on the basis of subjective judgments. The inclusion of condemnations of “bigotry” and “hateful rhetoric” in this Resolution, while appearing to be high-minded, take on an ominous character when one recalls the fact that for years, Ellison, Carson, and his allies (including groups such as the Hamas-linked Council on American-Islamic Relations, CAIR) have been smearing any and all honest examination of how Islamic jihadists use the texts and teachings of Islam to incite hatred and violence as “bigotry” and “hateful rhetoric.” This Resolution is using the specter of violence against Muslims to try to quash legitimate research into the motives and goals of those who have vowed to destroy us, which will have the effect of allowing the jihad to advance unimpeded and unopposed.

That’s not what this H. Res. 569 would do, you say? It’s just about condemning “hate speech,” not free speech? That kind of sloppy reasoning may pass for thought on most campuses today, but there is really no excuse for it. Take, for example, the wife of Paris jihad murderer Samy Amimour – please. It was recently revealed that she happily boasted about his role in the murder of 130 Paris infidels: “I encouraged my husband to leave in order to terrorize the people of France who have so much blood on their hands […] I’m so proud of my husband and to boast about his virtue, ah la la, I am so happy.” Proud wifey added: “As long as you continue to offend Islam and Muslims, you will be potential targets, and not just cops and Jews but everyone.”

Now Samy Amimour’s wife sounds as if she would be very happy with H. Res. 569, and its sponsors would no doubt gladly avow that we should stop offending Islam and Muslims – that is, cut out the “bigotry” and “hateful rhetoric.” If we are going to be “potential targets” even if we’re not “cops” or “Jews,” as long as we “continue to offend Islam and Muslims,” then the obvious solution, according to the Western intelligentsia, is to stop doing anything that might offend Islam and Muslims – oh, and stop being cops and Jews. Barack “The future must not belong to those who slander the prophet of Islam” says it. Hillary “We’re going to have that filmmaker arrested” Clinton says it. The U.S. Conference of Catholic Bishops, certain that anyone who speaks honestly about Islam and jihad is a continuing danger to the Church, says it.

And it should be easy. What offends Islam and Muslims? It ought to be a simple matter to cross those things off our list, right? Making a few sacrifices for the sake of our future of glorious diversity should be a no-brainer for every millennial, and everyone of every age who is concerned about “hate,” right? So let’s see. Drawing Muhammad – that’s right out. And of course, Christmas celebrations, officially banned this year in three Muslim countries and frowned upon (at best) in many others, will have to go as well. Alcohol and pork? Not in public, at least. Conversion from Islam to Christianity? No more of that. Building churches? Come on, you’ve got to be more multicultural!

Everyone agrees. The leaders of free societies are eagerly lining up to relinquish those freedoms. The glorious diversity of our multicultural future demands it. And that future will be grand indeed, a gorgeous mosaic, as everyone assures us, once those horrible “Islamophobes” are forcibly silenced. Everyone will applaud that. Most won’t even remember, once the jihad agenda becomes clear and undeniable to everyone in the U.S. on a daily basis and no one is able to say a single thing about it, that there used to be some people around who tried to warn them.