How much does Congress cost? About $200 million this week. That is what Wall Street bankers and investors paid members of our House of Representatives to vote “Yes” on TPA (Trade Promotion Authority).

I have been saying for a long time that certain Republican Congressional members must be on certain payrolls to be abandoning all conservative principles, as many key Republicans have done. It was just revealed that members of the US House of Representatives received financial incentives to vote “yes” on TPA. John Boner led the corrupt scumbags, receiving $5.3 million to give away Congressional review and input authority on treaties and foreign trade agreements, which now lies solely with the President, who can negotiate treaties and trade agreements without the consent or counsel of Congress. Just more power for the President, less for the people, and that government organ that is supposed to be closest to the people, our House of Representatives.

Honestly, I thought this was illegal, but here it is! No wonder we are going down the toilet! Click this link to see how your representative voted and their pay for doing so…. CONGRESSIONAL PAYOLA 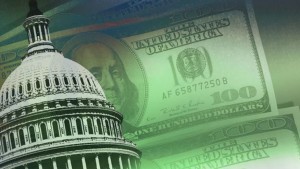 Many think our government is for sale. However, by taking a look at the facts below provided by the Open Secrets, it is easy to understand where they are coming from. Looking back at Friday the 12th, the House voted on Trade Promotion Authority (TPA), the controversial bill that gives power to the executive branch to negotiate treaties. TPA limit’s Congress’ ability to better a trade deal by subjecting members of Congress to 90 days of reviewing the trade agreement, prohibiting any amendments on the implementing legislation, and giving them an up or down vote. TPA passed with a mere 219-211 vote with only 218 needed to pass. The real shocker comes from the amount of money each Representative received for a yes vote. In total, $197,869,145 was given to Representatives for a yes vote where as $23,065,231 was given in opposition.

The fifth highest paid legislator is somewhat of a “hero” in comparison to others. Representative Steny Hoyer (D-MD) received $1.6 million for a yes vote and only $282,710 for a no vote. Despite of his high contribution from those in favor of TPA, he still voted a solid nay.

We also have other hero stories.

Democrats are not the only heroes in this voting session. GOP members spoke very loud and clear.