Is Barack Hussein preparing to turn the state of Hawaii over to Hawaiian natives as an independent sovereign nation? Yes, it appears!

The moral of the story is…. Watch what you ask for. You may very well get it! Hawaii and the United States have enjoyed a mutually beneficial relationship for over a century. Is it really wise to throw that away? 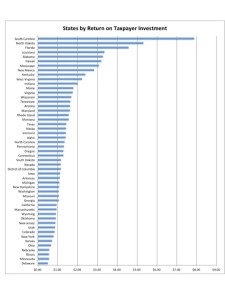 The Obama administration seems to have made the first steps toward eliminating the state of Hawaii by creating a sovereign nation and giving it back to native Hawaiians. To that end, this latest move essentially set up a racist voting scheme that allows only native Hawaiians to vote in an upcoming election.

On Friday a federal judge in Hawaii ruled that a race-restricted election to choose delegates to draft a new government for Hawaii can go forward despite that the elections are only open to residents who are racially related to ethnic Hawaiians.

On Friday U.S. District Court Judge J. Michael Seabrightinsisted that the election was a “private poll” and therefore not an official government entity–quite despite that the work of the election could eventually become the state’s new government.

It is also a ruling that flies in the face of the fact that the election is funded by over $2.6 million in state funds via a grant from the Office of Hawaiian Affairs.

This election idea began in 2011 when the state passed a law recognizing ethnic Hawaiians as the “first people” of the state and promised them the right to self governance.

The Obama administration jumped into this absurd situation by filing a friend of the court brief supporting the racially discriminatory separation movement and insisting that the election should take place.

Obama insists that the Hawaiian nativist movement is somehow like an American Indian tribal organization, but that characterization is not exactly the right comparison as the native Hawaiian movement wants to eliminate American control over the whole state of Hawaii, not carve an enclave out of its territory.

Essentially, Obama is agreeing with that and wants to cede control of the Hawaiian Islands back to the native peoples.

But there is a major problem with Obama’s plan to let ethnic Hawaiians vote away American control over the Islands. It wouldn’t be legal no matter what they “vote.”

As J. Christian Adams notes, to be legally recognized, the native Hawaiians would need an act of Congress, not a mere vote.

Tom Fitton, president of Judicial Watch, said decried the situation saying, “the Constitution still applies to the State of Hawaii. It is shameful that it has taken a federal lawsuit to remind both Hawaiian officials and the Obama administration about the rule of the law.”

So, not only is the Obama administration supporting a racist “election” it is also supporting one that violate the U.S. Constitution.