VIDEO: Hampshire College Prez is confronted by Fox News’ Jesse Watters on his decision to remove the US flag from campus. Wimpy Prez calls the cops

Fox News’ Jesse Watters caught up with Lash at his home. Lash did all he could to ignore Watters’ questions. It is apparent that he is running from his decision. What a cowardly and insensitive moron!

Caving to the national uproar over his decision, Lash has returned the American flag to its rightful position atop the flagpole in front of the Hampshire College administration building. Lash has also filed a complaint against Watters with the local police department. No word yet on the disposition of that complaint.

Hampshire College is located in liberal utopia Amherst, Massachusetts where they fly the UN flag at Town Hall instead of the US flag, which, in my opinion, is grounds to cut off all federal funding. 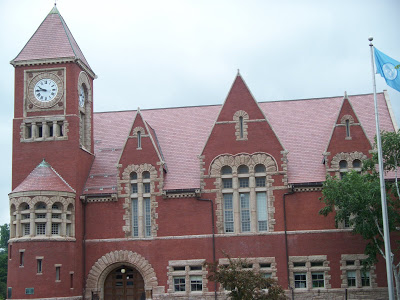 According to Fox News Insider, Jesse Watters visited Hampshire College in Amherst, Mass., to ask some of the residents about the college removing the American flag from campus, and attempted to get some answers from the school’s president, Jonathan Lash.

On his way into his house, Lash refused to speak about his decision, which has led to demonstrations.

“Don’t you realize the whole country is laughing at you right now? … Don’t you think you owe it to the veterans to explain yourself?” Watters asked.

Lash still refused to comment before retreating into his home.

O’Reilly called Lash a “villain and a coward” who does not have the “courage of his convictions.

The alternate universe, aka Liberalworld, is reporting that the real villain is Jesse Watters and Fox News….

Last spring, ambush virtuoso Jesse Watters of Fox News got into a physical confrontation with Huffington Post Washington bureau chief Ryan Grim at a late-night party in Washington. Weeks ago, he propagated a series of Asian stereotypes and outright barbarity in a field trip to interview people in New York’s Chinatown regarding U.S. politics.

And now he is officially out of control.

In a segment that aired Wednesday night, Watters ambushed Hampshire College President Jonathan Lash and, from the looks of the footage, stuck his foot inside the man’s residence as a way to force him to account for his actions. Those actions are quite controversial these days: On the day after the presidential election, students lowered the campus American flag, a “reaction to the toxic tone of the months-long election and the escalating number of news reports from across the country over recent months and years of hate speech, harassment, and violence against people of color, immigrants, international citizens, and Muslims,” notes the school in a timeline. On Nov. 10 — two days after the election — it was burned. Then, on Nov. 18, Lash announced that the college would stop flying the flag on the campus pole to prompt discussion and “focus our efforts on addressing racist, misogynistic, Islamophobic, anti-immigrant, anti-Semitic, and anti-LGBTQ rhetoric and behaviors.” Protests have ensued.

A group of demonstrators, many carrying American flags, gathered on Nov. 27 outside the campus of Hampshire College in Massachusetts. (Instagram/@axle_maximus via Storyful)

So Hampshire College and Jonathan Lash were overwhelmingly logical interview targets for Watters and his boss, Bill O’Reilly, a.k.a. the King of Cable News. Illogical, however, was the rollout of this ambush interview. The segment starts with Watters talking to older white men in the community around Hampshire College. The interviewees had generally unfavorable things to say about Lash and the decision to remove the flag. In one chat, Watters asked a fellow, “What is he there for if he’s not going to be a leader?” The man replied, “You ask the question — he’d have to answer that.”

Well, then, let’s just hover in a dark space and ambush President Lash!

That’s precisely what Watters did. Check out the video here and proceed to the 2:36 mark. Here’s the dialogue:

Hey, President Lash, how are you? Jesse Watters with the O’Reilly Factor, Fox News Channel, good to see you.

Not good to see you.

Well, now that I have you here, why did you remove the American flag from campus?

Nice to meet you.

Don’t you realize the whole country’s laughing at you right now?

Come on, get your foot out of my door.

I don’t want to talk to you about it.

Don’t you think you owe it to the veterans to explain yourself?

I don’t want to talk to you about it. Would you please remove your foot from my door?

You’ve made a lot of people very upset. I think you owe the country an explanation.

Thought-provoking opinions and commentary, in your inbox daily.

That interaction unfolds in a shadowy structure with brick walls — it looks like a garage. And when Lash instructs Watters to withdraw his foot, it appears that they are tussling over the threshold to Lash’s private residence. Such questions, however, go unanswered in the broadcast, as does another key one. To what extent did Watters go through channels to secure an interview with Lash? Ambush interviews, after all, are needed only when a subject refuses to come to the phone.

We regularly engage with the media and participate in interviews and have done so often in recent weeks. Members of the media are familiar with widely accepted protocols to contact the office of communications to coordinate interview requests. In this instance, a Fox reporter and camera person did not request an interview but rather entered private property and then tried to prevent the president of the college from entering his private home. As a result, campus security and the local police department were alerted.

Even if Lash and the college had turned down proper interview requests from Watters, what part of the Fox News employee handbook allows employees to obstruct the attempt of newsmakers to retire to their quarters? Such activity would be an embarrassment at any ethical broadcaster — yet at Fox News, it appears to be a point of pride, at least to judge from the assessment of O’Reilly. “I thought you handled that well, with the guy,” said the host to Watters after the ambush ran on “The O’Reilly Factor.” “You were polite to him. He’s a villain and a coward.”

Then O’Reilly and Watters joked about Amherst, Mass.’s liberal bent.