How about a nice hypocrisy sandwich, topped with a steaming slab of schadenfreude? Yum!

After listening to world savior, liberal airhead, and self-absorbed Hollywood moron George Clooney blast President Trump for his Muslim refugee ban, I have to admit this is delicious!

It seems Lake Como, Italy, George’s idyllic other world, to which he regularly escapes the rat race which We the People are forced to live in, and where he own a $10 million lakefront mansion, is being overrun by…. wait for it…. Muslim refugees!

These new residents of upper crust Lake Como are not exactly welcome by Mr. Clueless’s neighbors, who claim that the “refugees” (almost all young, healthy males) are ruining their little slice of Utopia. And that is just due to their presence, where the well-heeled elitists have to look at them and smell them. Hang on, folks, you ain’t seen nothing yet! Wait until you experience their gang-rape and brutal assault phase, coming soon.

I have a suggestion for the people of Lake Como. George Clooney is all about opening up your town to these vermin. Fine. Condemn Clooney’s 30-room mansion, take it over, and fill it with Muslim refugees. Throw out all the gaudy furnishings and fill the rooms with bunk beds. I bet you can sleep 300 refugees in that place, easy. 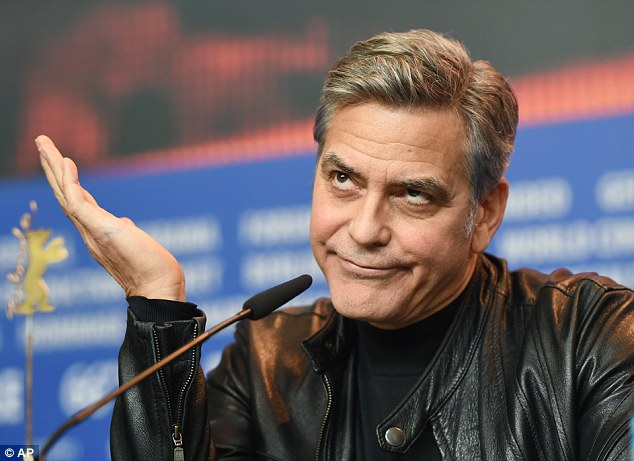 ‘We don’t want ANY refugees here’: George Clooney’s super rich Lake Como neighbours say Italian idyll is being RUINED by migrants on their doorstep after Switzerland closes its border

George Clooney‘s wealthy neighbours in the Alpine beauty spot of Lake Como say their Italian idyll is being ruined by the influx of hundreds of migrants to a makeshift camp on their doorstep.

The picturesque area is best known as a hide-away for Clooney and a multitude of other Hollywood A-listers includ Brad Pitt, wife Angelina Jolie, and pop superstar Madonna.

But a clamp-down by Switzerland on illegal immigrants entering the country from Italy threatens to turn this chic resort into a frontier town overrun by the homeless and desperate.

‘Italy has enough problems without trying to solve the problems of the world. We [Italy] should not have to deal with these people on our own.

‘Europe [the EU] does nothing to help us. Now they make us – me, my family and other Italian families – pay for them.’

Housewife Federica, 55, said: ‘A small number of immigrants is not a problem but now they are so many.

‘You see them arriving at that the San Giovanni station. They are not poor hungry refugees but they are big and strong.

‘People here in Como don’t like them. There are simply too many of them.’

Tour guide Denise, 67, added: ‘Immigration here in Italy is a problem, a big problem because of the huge numbers who are arriving all the time.’

Chauffeur Santi, 26, said: ‘It is good for Switzerland that they have closed the border to migrants but it is bad for Italy.

‘We simply don’t have the resources to deal with all these new people.

‘Italy has lots of problems of our own without having to try to deal with other people’s problems. It is a complex situation.

‘It is a lack of resources that is the problem with immigration. Not that we are bad people but that he don’t have the resources to deal with all of these new people arriving in our country.’

‘This will affect our jobs, our resources, and the character of our town.’

Clooney spends up to four months a year as his lake-side 30-room Villa Oleandra which he bought in 2002, officially putting the up-market destination on the international map.