While American liberal weenies are bawling over Trump’s proposal to halt Muslim immigration, liberal France is closing mosques. Why? SURVIVAL!

American liberals are wringing their hands and sobbing over the prospect of Donald Trump’s proposal to temporarily halt Muslim immigration into the US until the K-1 visa program has been properly examined and overhauled to prevent future upstanding individuals like Tashfeen Malik from killing innocent Americans. Malik, San Bernardino mass-murdering cockroach, was permitted entry into the US under the K-1 visa program without a thorough vetting. It’s just common sense to impose a temporary ban on Muslim immigration. Jimmy Carter did it in 1980 without the first disparaging word from fellow liberal loons or the media.

While the liberal weenies are wailing and gnashing their teeth, holding hands and singing kumbaya, as they moan in concert that Donald Trump a racist, an Islamophobe, and a xenophobe for his anti-Muslim immigration suggestion, France is closing mosques all over their overrun country, and during those mosque raids finding voluminous amounts of weapons, ammunition, and explosives.

Three mosques have been raided and closed already in France, with up to another 150 mosques (how many damned mosques are there in France?) being considered for closure due to being hotbeds of Islamic extremism and sources of potential terrorism.

So, yeah, drive on, you progressive pansies! Keep slamming Trump, who is trying to protect you and your children. Great idea! 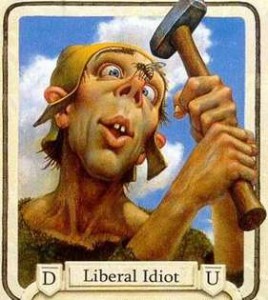 The French have adopted what is clearly a no-nonsense attitude toward radical Islamist terrorism since the Paris attacks and they’re not taking their foot off the gas. As the United States continues to debate over “tone” and how to balance religious liberty and tolerance against domestic security, Francois Hollande’s forces have “cut a few corners” on those subjects and just begun shutting down mosques. At least three of the Muslim houses of worship have been closed already and law enforcement has found a trove of disturbing items among the haul. (Speisa)

“Police investigating the Paris terror attacks have shut down three mosques in a series of raids to close the net on Islamic extremists,” the Express reports.

They have placed nine people under house arrest. Another 22 have been banned from leaving the country Mr Cazeneuve said.”

In additon to the mosques, the French have kicked in the doors on 2,235 homes and taken 232 people into custody or placed them on house arrest. More than three hundred weapons were discovered. Tom Porter at the International Business Times reports that the trove included 7.62mm ammunition, Kalashnikov rifles and terrorist propaganda videos. And they’re only just getting started.

“Hassan El Alaoui, one of France’s chief imams, told Al Jazeera that French authorities were likely to close down more than 100 mosques in the wake of the Paris attacks.

‘According to official figures and our discussions with the interior ministry, between 100 and 160 more mosques will be closed because they are run illegally without proper licences, they preach hatred, or use takfiri speech,’ he said.

“Takfiris are those who accuse fellow Muslims who do not share their hard-line interpretation of the faith of apostasy, and is often used as a pejorative term.”

Reports like this likely present a rather awkward challenge for observers in America who are used to a large number of rights which the government isn’t supposed to violate. It’s easy to cheer for the French rooting out that many terrorists and their supporters and removing their ability to launch attacks, but the methods being employed will probably give many Americans pause. First of all, simply having a weapon of any sort is tantamount to a conviction there, so the idea of badgering “law abiding gun owners” is sort of an unknown concept in Paris. And with our First Amendment rights, the idea of armed, uniformed men kicking in the doors of churches of any type and hauling the congregants out to a wagon makes us recoil.

But now even some of their own Imams are estimating that more than 150 more mosques may be closed. France really isn’t all that big… how many mosques do they have? To be fair to the French, though, what else are they supposed to do? They’re physically much closer to the home turf of several terrorists groups and thanks to the EU’s open border policies it’s far easier for the bad guys to move around. They’re dealing with an infestation and it needs to be stamped out. The methods probably appear harsh, but they’re doing what they need to do in order to survive.

Exit question: how will all of Europe’s leaders who screamed about Donald Trump suggesting a temporary ban on Muslim immigration react to this news?