We all know that Democrats are liars. It seems they would much rather tell a lie than tell the truth even when the truth would do just fine.

Liz “Fauxcahontas” Warren is no exception, and her biggest, most famous lie, that makes her the butt of crude jokes on a daily basis, is her claim to be Native American.

It’s the joke that won’t go away. Reports are that Warren scored a sweet gig at Harvard, teaching one class for $350,000 a year due to her Native American heritage claim.

Considered by many to be the likely Democrat presidential candidate in 2020, the Indian thing is becoming a serious liability.

Of course, Warren could clear it all up with a simple DNA test, but to date, she hasn’t done that. Wonder why.

So, Fauxcahontas spends her time these days doing mainstream America kinds of things like hanging out with bikers (photo below) in an attempt to lose the whole fake Indian thing. 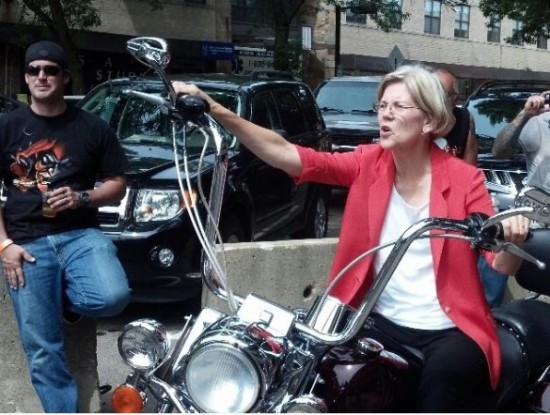 And, if you are wondering what brand of motorcycle that is…. I’m pretty sure it’s an Indian. Poor Fauxcahontas just can’t seem to get away from it. 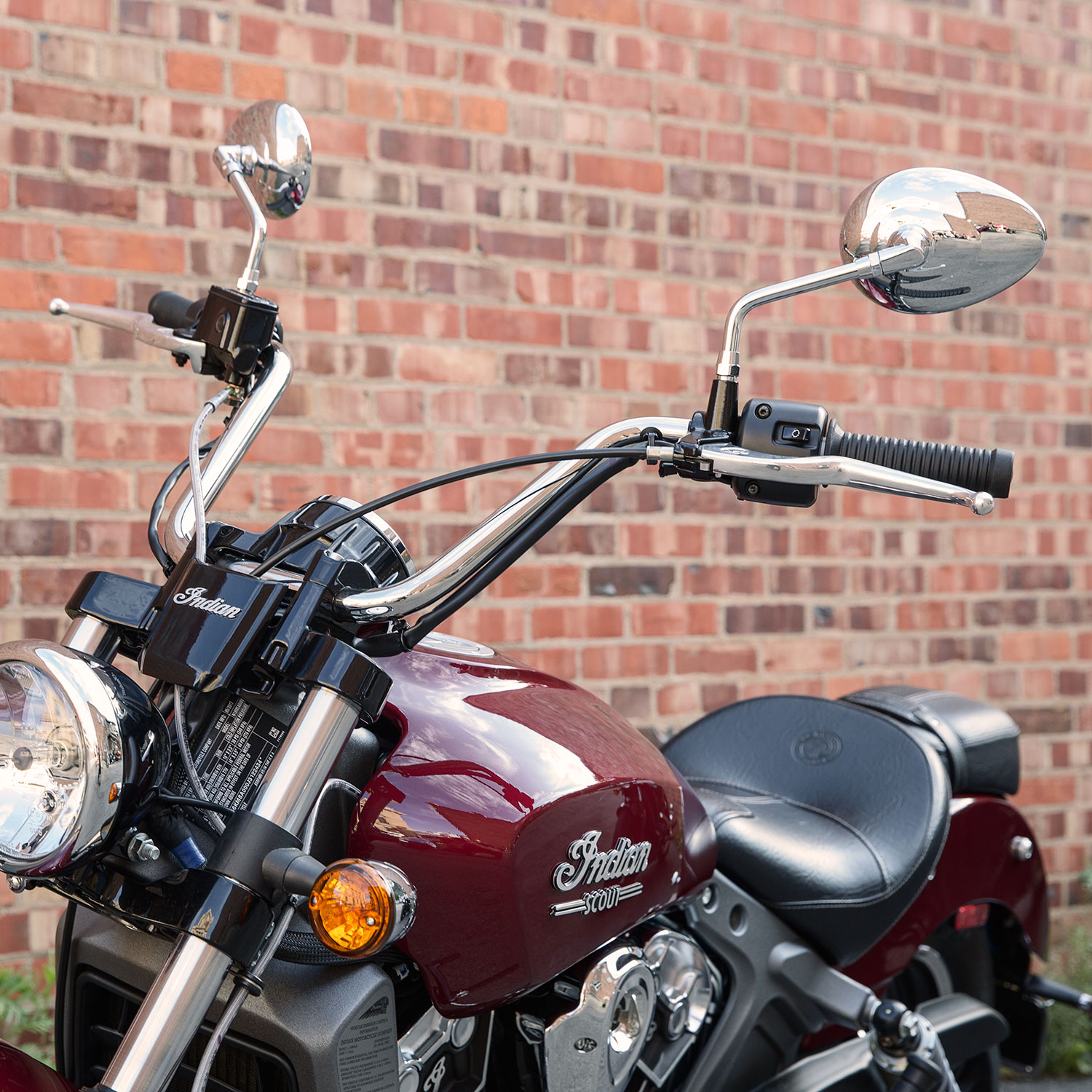 It seems U.S. Sen. Elizabeth Warren will never live down her assertion of Native American ancestry.

Warren, whom President Donald Trump has indelibly dubbed “Pocahontas,” based her claim on family lore and high cheek bones. But that ghost will be “haunting” the Massachusetts Democrat as she gears up for reelection this year and mulls the possibility of a 2020 White House run, according to The Boston Globe.

“I know who I am,” Warren told the newspaper in a recent interview.

Trouble is, many Americans also know who Warren is, as seen in the term often associated with the lawmaker: “Fake Indian.”

The issue of her heritage first arose during the 2012 election. There has been no genealogical proof to support her claim, resulting in a lingering disconnect that has created “discomfort” over her heritage, even on the left.

More from The Globe:

In recent months, Daily Show host Trevor Noah mocked her for claiming Native American ancestry and the liberal website ThinkProgress published a scathing criticism of her by a Cherokee activist who said she should apologize.

As Warren is mentioned as a serious presidential contender in 2020, even some who should be her natural allies say Warren has displayed a stubborn unwillingness to address the gap between the story she was told of Native Americans in the family tree and a dearth of hard evidence to back it up.

Seen as a progressive darling, Warren’s political ambitions continue to flourish and she is regarded by many as a serious presidential contender in 2020. But there is concern that the fraud label may set her back.

“While it may be easy to dismiss Trump’s continued Twitter attacks as bigotry,” Globe political reporter Annie Linskey wrote, “which has been Warren’s response thus far, the view of her more sympathetic critics is that she is leaving herself vulnerable by not clearing the air in a definitive way.”

“Their fear is that the issue could act as a drag on her profile as she considers whether to seek the Democratic nomination for president,” Linskey continued.

Some Native Americans want an apology from Warren for her claim, but for now, she is holding firm and shows no inclination toward saying she’s sorry.

“My three brothers and I learned about our family heritage back in Oklahoma the way everyone does,” Warren told The Globe. “From our aunts, our uncles, and our grandparents.

Critics claim otherwise, saying Warren, who has admitted that she told Harvard University she was Native American, lied about her heritage to get hired at the prestigious university.

So for now, it appears Pocahontas may indeed be on the 2020 presidential ballot.