Fake Newsweek’s latest edition depicts President Trump as a lazy loser. Their editors are either blind or stupid, and I know they aren’t blind

How can Fake Newsweek see something so totally backwards?

The latest edition of the fake news fish wrap depicts President Trump as lazy and unable to handle the stress and pressure of the job.

GMAFB! Donald Trump has been eating stress and pressure for breakfast for 50 years. He thrives on it. He seeks it. He invites it. He devours it.

“So he sits and stews, like Al Bundy, the shoe-selling protagonist of Married … With Children, the sitcom of roiling white discontent that predicted Trump better than any political scientist or pundit. Unsatisfying job, ungrateful children, all around him a nation in decline. Bundy dreams of the days when he was a high school football star; Trump, of his election-night romp through the Upper Midwest.

But that was long ago. Reality is here, an unwelcome intrusion for the aging reality television star. That “reality” was fun. This one isn’t. This one has special counsel Robert S. Mueller III rooting around like a bloodhound in his personal finances and Senate Majority Leader Mitch McConnell droning on about budget reconciliation, whatever that is, and right-wing pundit Ann Coulter hectoring him on Twitter about illegal immigration. On the television, there is always California Representative Adam Schiff, talking about collusion with Russia and looking pissed.”

President Trump’s accomplishments in only six months have been record-setting. No president in history has accomplished so much in so little time, and I might add that he did it with the Democrat Party, part of the Republican Party, and the mainstream media obstructing him every step of the way. Do these look like the accomplishments of a lazy person?….

How is it possible that Newsweek, or anyone, could see President Trump as lazy? The guy is an absolute workaholic. At 70 years old, he runs circles around people half his age. His schedule during the 2016 presidential campaign was unbelievable, with rallies in two or three cities six days a week.

Lazy Boy? The editors at Newsweek have shown their ignorance. They are either blinded by their leftist philosophy or they are stupid. No one wants to be called blind, so I will give them the benefit of the doubt and agree that they are only stupid. 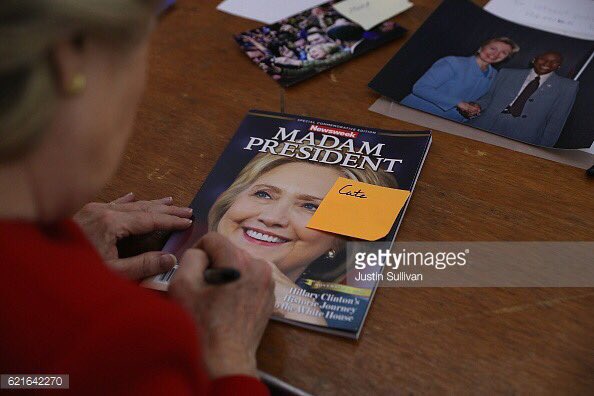 Sorry it didn’t work out for you, Fake Newsweek.

Study: Most U.S. Voters Would Fail Citizenship Test (Proving The Need For A Civics Curriculum)
June 22nd, 2021 The Lid