Butthurt Cruzbots and other so-called “conservative” traitors are funding a third-party candidate. Back Bernie or say “hello” to President Clinton 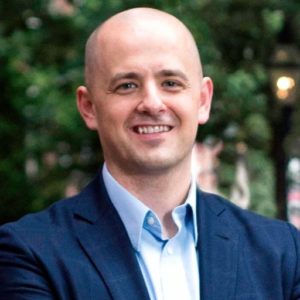 MSNBC’s Joe Scarborough announced this morning that right wing backers are funding the third party candidacy of political newcomer Evan McMullin, a Republican who calls himself a “conservative.” Yeah, like Benedict Arnold was a conservative. I believe “traitor” and “scumbag” are more fitting labels.

“I think at this point, the people that are talking about funding this are more interested in Trump losing than electing their candidate,” Scarborough said.

Roger that, Joe. They actually prefer Hillary Clinton to Donald Trump, which makes them stupid and immoral. McMullin will NEVER be able to accomplish more than siphoning enough votes from Trump to give Hitlery an electoral victory, allowing the Wicked Witch of Benghazi to finish off this hanging-by-a-thread republic of ours, which is her lifetime ambition.

Here is what I don’t understand. There are many more well-heeled backers of Donald Trump than Nobody McMullin. Why don’t they back Bernie Sanders as a third-party candidate? That will guarantee the election for Trump, even if Nobody enters the race. Bernie may very well get more electoral votes than Hitlery, The Donald will crush McMullin and win easily. I’m all-in for as much as I can afford. Come on, guys, do it!

According to Newsmax, “A newcomer to elective politics is jumping into the White House race.

Evan McMullin, chief Republican policy director of the House Republican conference and an alumnus of the CIA, confirmed Monday he will launch a third-party presidential race later in the day.

‘In a year where Americans have lost faith in the candidates of both major parties, it’s time for a generation of new leadership to step up,’ McMullin told ABC News.

‘It’s never too late to do the right thing, and America deserves much better than either Donald Trump or Hillary Clinton can offer us. I humbly offer myself as a leader who can give millions of disaffected Americans a conservative choice for President.’

An anti-Trump group, Better for America, has been working for several months to put a third-party candidate on the ballot, but may face legal battles in states like Texas, where they could have to file suit to be included on the ballot.

According to ABC, McMullin was born in Provo, Utah, and holds a bachelor’s degree in international law and diplomacy from Brigham Young University and a Master’s of Business Administration from The Wharton School at the University of Pennsylvania.

He has also was a Mormon missionary in Amman, Jordan, for the United Nations High Commissioner for Refugees. He was in training at the CIA headquarters in Langley, Virginia, at the time of the Sept. 11 attacks, and after completing his training he volunteered to serve in the Middle East, North Africa and South Asia, where he worked with counterterrorism and intelligence operations in some of the most dangerous nations, Better for America reported.

After leaving the CIA in 2011, McMullin went to work at Goldman Sachs in San Francisco, and two years later become a senior national security advisor for the House Committee on Foreign Affairs, later becoming the chief policy director of the House Republican Conference.

Scarborough at first didn’t name name either the sources or the potential candidate on air, except to say that he has heard the person is a younger former CIA agent.

‘I could be wrong at 7:04 [a.m.] but several good sources told me that people, er, Republicans, from let’s just say, ‘never Trump land,’ found somebody and they’re going to put good money behind him,’ Scarborough said.”