Has President Trump’s backing off of moving the US Embassy from Tel Aviv to Jerusalem sending the wrong message to Muslims? I think so

President Trump should carry through with his proposal to move the US Embassy in Israel from Tel Aviv to Jerusalem. Backing off now is being received by Muslims as capitulation. Very dangerous!

Palestinian Authority President Mahmoud Abbas and his cohorts in Ramallah spearheaded the campaign of threats and intimidation. They even went as far as threatening to revoke their recognition of Israel’s right to exist if Trump dared to fulfill his promise, according to Gatestone Institute.

Last January, Abbas was quoted as saying that the transfer of the US embassy to Jerusalem would prompt the Palestinians to withdraw their recognition of Israel.

“I wrote a letter to President Trump urging him to refrain from such a move. I made it clear to him that such a move would not only deprive the US of playing any legitimate role in solving the conflict, but would also destroy the two-state solution.”

Abbas’s mufti, Sheikh Mohammed Hussein, warned Trump that transferring the embassy to Jerusalem would be seen as an “aggression not only against the Palestinians, but against all Arabs and Muslims as well.” PLO Secretary-General Saeb Erekat joined the chorus of threats by warning Trump that moving the embassy to Jerusalem would “plunge the Middle East into violence and chaos.”

The Palestinian threats were accompanied by threats from some Arab governments and Islamic clerics. They too warned Trump that the transfer of the embassy to Jerusalem would trigger a wave of violence and jeopardize US interests in the Middle East. The former mufti of Egypt, Sheikh Ali Jum’ah, said that moving the embassy from Tel Aviv to Jerusalem would “constitute a grave escalation and threaten US interests in the region.” Another leading Egyptian Islamic cleric, Sheikh Ibahim Reda, warned that such a move would “trigger a wave of tensions in the region and constitute an aggression against Arabs and Muslims.”

Such threats on the part of Palestinians are nothing new. In fact, Mahmoud Abbas and his colleagues issue similar “warnings” whenever they do not get what they want. This is one of their favored tactics against Israel.

For example, the Palestinians used to warn that Israel’s construction of the security barrier in the West Bank would result in violence and anarchy. In reality, however, the security barrier has led to exactly opposite; it has halted suicide bombings against Israel, and saved the lives not only of Jews, but also Arabs who were killed in the wave of terrorism waged by the Palestinians during the Second Intifada.

“Palestinians warn” is one of the most popular results on Google Search.

More recently, for example, the Palestinians “warned” Israel against introducing a new curriculum for Arab schools in Jerusalem by claiming this would lead to the “Judaization” and “Israelization” of Jerusalem.

Last month, the Palestinians came out with another “warning” — this time, that if Israel does not comply with the demands of Palestinian prisoners who went on hunger strike, there would be a “new intifada.”

After 40 days of the hunger strike, the prisoners backtracked and ended their fast — although most of their demands were not met by Israel.

All this is added to the daily threats Abbas and many Palestinians have been making for the past two years regarding visits by Jews to the Temple Mount in Jerusalem. Hardly a day passes without another threat being issued by the Palestinians about these visits.

The Palestinians work hard to convince the world that routine and peaceful tours of Jewish groups and individuals to the Temple Mount are part of an Israeli “conspiracy” to destroy the Aqsa Mosque and “defile” Islamic religious sites. They have also been warning that the visits would trigger a “religious war” between Jews and Muslims and lead to a “big explosion” and an “earthquake” in the Middle East.

True, the Palestinian incitement over the Temple Mount visits has resulted in a wave of knife and car ramming attacks against Israelis, but no “religious war” has erupted and the Arab and Islamic countries do not seem overly concerned about Jewish visits to the Temple Mount.

These visits, by the way, have been taking place since 1967. The visits were suspended temporarily during the Second Intifada for security reasons, and were resumed about two years ago. It is also worth noting that Christian tourists also continue to tour the holy site — something that does not seem to bother Abbas and his PA friends.

Israel, for its part, has learned to live with the incessant Palestinian threats and warnings. But the international community continues to take these threats seriously, ignoring the fact that by doing so they are constantly sending the wrong message to the Palestinians. Surrendering to threats of violence only emboldens the extremists and paves the way for more violence and bloodshed.

How moving the US embassy to Jerusalem “destroys” the so-called two-state solution is rather a mystery.

If and when the US embassy is moved from Tel Aviv, it will be set up in the western part of the city and not in East Jerusalem, which the Palestinians are demanding as their future capital. Only one thing can be inferred from this — that the Palestinians also see the western part of Jerusalem too as part of their future capital.

The Palestinian and Arab threats of violence and chaos in the region sound laughable given the current state of affairs in many Arab countries, including Syria, Iraq, Egypt and Libya, where Muslims have been slaughtering each other — and Christians — for the past six years.

The turmoil in the Arab world — including the recent tensions surrounding Qatar — is completely unrelated to US policies in particular, and the Israeli-Palestinian conflict in general. Despite the myopia of Arab leaders and Islamic clerics, blood is already spilled at a rather alarming rate in the Arab countries.

The killings in Syria, Iraq and Libya will continue, regardless of whether Trump moves the US embassy to Jerusalem or not.

A further point ought to be of extreme interest to the US: When the Palestinians and Arabs talk about the possibility that such a move would “harm” US interests in the region and “trigger violence and bloodshed,” they are actually threatening to launch terror attacks against American nationals and interests.

That is why Trump’s recent decision not to move the embassy to Jerusalem is being understood in the Arab world as a surrender to terrorism.

From the Arab world’s point of view, it shows the US as cowing under the threat of violence.

Does anyone seriously believe that the leaders of the Arab and Islamic countries really care whether the embassy is located in Jerusalem or Tel Aviv? Don’t these leaders have enough to worry about, such as the Iranian threat to undermine the stability of their regimes and the threat of Islamic terrorism?

Does anyone seriously believe that the Arab and Muslim masses, who have to deal with massive unemployment, dictatorships and terrorism, really care whether the US embassy moves from Tel Aviv to Jerusalem? 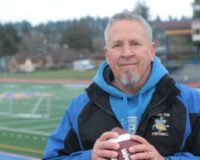