Hahaaaaa! Grab a bowl of popcorn and a chair, folks. Like a dozen cats tied together by their tails, Democrats are fighting each other tooth and claw!

Remember the good old days when a Democrat on Democrat feud was a joy to behold? Bernie and Hitlery debating gun control….

Like I said two years ago, “The Democrat Party is dead. They just don’t know it yet!”

Today’s version of Democrat infighting is more like tying a dozen cats together by their tails and watching the show.

Excerpted from The Washington Times

As Democrats head into two key off-year elections on Tuesday, their party is a mess.

Fundraising is dismal. Leadership is weak. There is lingering disgust that Hillary Clinton couldn’t close the deal against Donald Trump a year ago.

And the gulf between the establishment Clinton wing and the populist Bernard Sanders wing of the party widened last week when former interim Democratic National Committee Chairwoman Donna Brazile disclosed a secret agreement that essentially gave Mrs. Clinton control of the DNC one year before the party’s presidential primary was decided.

After 12 months of finger-pointing and division, the Democratic Party faithful say it’s imperative for embattled DNCChairman Tom Perez to claim victories Tuesday in Virginia and New Jersey, where voters will decide who will be their next governors and who will fill other state offices.

“He needs some wins,” said Samuel Ronan, a Democrat who is running for a House seat in Ohio next year. “He needs a victory, and if he doesn’t get it, we may very well see him being pushed out of power.”

He said the Democratic Party “is crumbling apart.”

Former DNC Executive Committee member Barbra Siperstein, whom Mr. Perez ousted this year in a purge of party leadership, said, “He’s got to show results. That’s on his shoulders and the people who support him.

“I certainly have concerns about party unity,” she said.

Pollster Stan Greenberg said Democrats are repeating mistakes this year that Hillary Clinton made against Donald Trump last year. In an interview with The New Yorker, Mr. Greenberg pointed to Ralph Northam, the Democratic gubernatorial nominee in Virginia.

“We have a candidate running as Hillary Clinton,” Mr. Greenberg said. “He is running on the same kinds of issues and has the same kind of view of the world. It’s the Republicans who talk about the economy, not the Democrats.”

Ms. Brazile acknowledged Sunday that she considered pushing for the removal of Mrs. Clinton from the presidential ticket and replacing her with then-Vice President Joseph R. Biden after Mrs. Clinton fainted in New York City on Sept. 11, 2016.

She said the Clinton campaign was “anemic” and had the “odor of failure.”

She (Hawaii Democrat congresswoman Tulsi Gabbard) said the DNC is riven by “counterproductive infighting and name-calling.”

But some Democrats openly doubt that Mr. Perez is capable of leading the party out of its crisis.

“As a leader, he leaves too much to be desired,” said Mr. Ronan, a candidate for the 1st Congressional District in Ohio who also was a candidate for the DNC chairmanship this year. “We need someone to reform the party, and he’s certainly not that. When it’s crumbling apart, you have to fix it, and he’s not.”

He said he is not sure the Democratic Party can be salvaged.

“If the party continues along the lines it is currently, if Tom Perez does not change his tactics or he gets pushed out and the replacement doesn’t fix it, the party is going to fold,” he said. “It’s going to collapse.”

Ohio Democrat Sam Ronan: “Right now the party has a crisis of image.”

Yes. This is the image…. 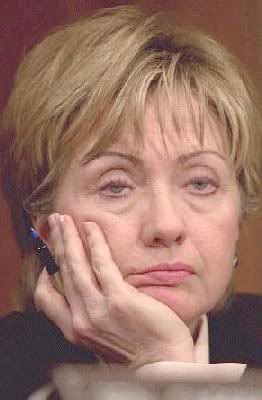 Republicans appeared to be stunned by the disclosures about the extent of Mrs. Clinton’s power within the party apparatus. House Speaker Paul D. Ryan, Wisconsin Republican, called the situation “amazing.”

“I’ve never seen anything like that. We all said that the Clintons thought they lived above the rules, but this takes the cake,” Mr. Ryan said on “Fox News Sunday.” “This is pretty amazing.”

Biden press sec after he is caught violating his own mask order: He has ‘bigger issues’
January 23rd, 2021 Liberty Unyielding

Door-to-door coronavirus vaccines from the government? It has begun
January 23rd, 2021 DC Dirty Laundry
Contact us