The USC-Dornsife/LA Times Presidential Election “Daybreak” Poll is quite a mouthful, which is why most political junkies (like me) refer to it as simply the “Daybreak” poll. It has become one of the more respected polls available.

With a sample size of 3,000 the Daybreak poll is updated just after midnight every day of the week.

In its Sunday (9/18) survey Daybreak reported a growing margin between Trump and the Wicked Witch of Benghazi, seven points in The Donald’s favor, and the trend is moving up for Trump and down for Hitlery.

Trump is enjoying his highest polling to date at 47.7 percentage points as compared to Hitlery’s 41.0.

Note that on 9/11 Hitlery and Trump were virtually tied at 44.4% to 44.1% respectively. That was the day the Wicked Witch passed out on the street in New York, was dragged to her handicap-equipped limo by here security detail, and stuffed into the back seat like a sack of potatoes. 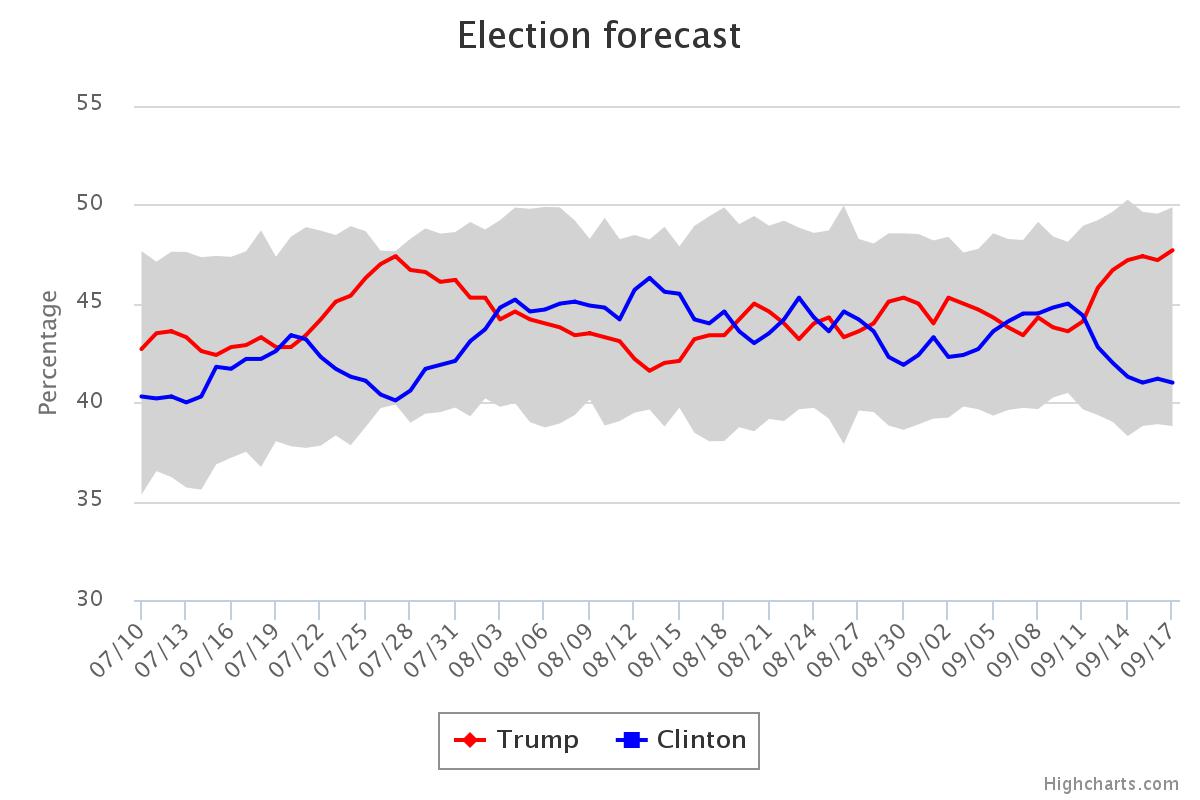