As an American soldier stationed in Europe, I have visited and walked the American cemetery at Normandy which receives approximately one million visitors per year. It is an honor to be in the midst of those heroes who gave that “last full measure of devotion.” May the sacrifice of those heroes and their allies never be forgotten.

Posted to YouTube just hours ago, #WWII #Veteran Jack Foy reads the prayer that Franklin D. Roosevelt gave just before the invasion of #Normandy 76 years ago on June 6, 1944.

WW2 Veteran Harold McMurran recalls what it was like to be part of the historical Allied invasion on the beaches of Normandy on June 6th, 1944.

On June 8, 1944, the U.S. First Army established a nearby site as a temporary cemetery, the first American cemetery on European soil in World War II. After the war, the present-day cemetery was established a short distance to the east, in Colleville-sur-Mer. The cemetery is located on a bluff overlooking Omaha Beach, one of the Normandy Invasion landing beaches, and the English Channel. It covers 172 acres and contains the remains of 9,387 American military dead, most of who were killed during the invasion of Normandy. It includes the graves of Army Air Corps crews shot down over France as early as 1942, three American women, and the graves of two sons of President Theodore Roosevelt. 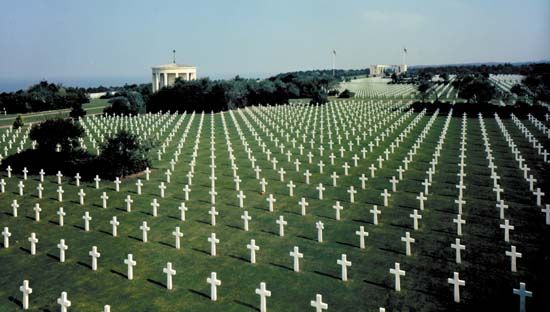 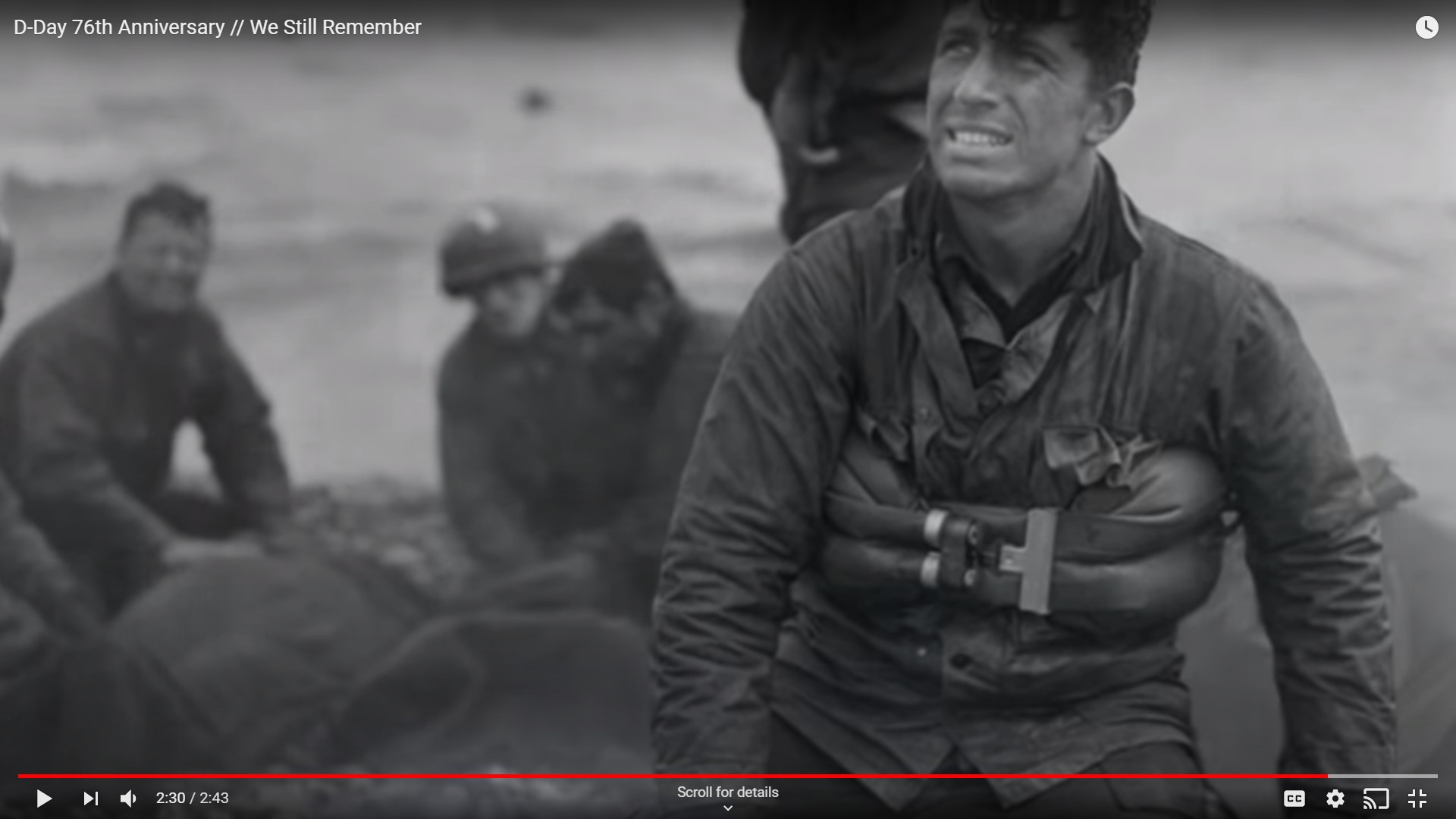