Count your fingers after you shake hands with an Iranian

Our crack negotiating team, led by Jane Fonda Kerry, is crowing about the historic “framework” agreement he has tentatively made with Iran, which has the Iranians dancing in the streets. Among the more curious details of Kerry’s deft diplomatic artistry was bringing the Iranians to their knees, forcing them to reduce the number of their centrifuges from the current 19,000 to around 6,000.

Wait a minute! It takes 5,000 centrifuges to produce weapons-grade nuclear material, but over 10,000 to produce fuel for a nuclear power program. How did John Kerry get the Iranians to agree to THAT? They clearly view Kerry as a chump and an idiot. Shades of Neville Chamberlain.

If the Iranians ultimately agree to a number of centrifuges of less than 10,000, then they have made their intentions clear, which are neither peaceful nor honorable, as they will not have enough operating centrifuges for nuclear power, which has been their professed goal, but will have plenty for nuclear weapons.

The US Nuclear Negotiating Team 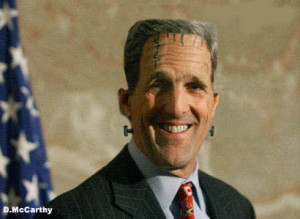 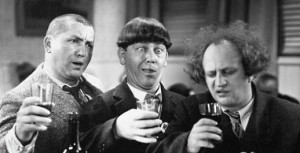