Carter Page destroys the MSM narrative that Page was tied to Russia and Trump was tied to Page: “I never spoke with him (Trump) any time in my life”

George Stephanopoulos tried as hard as he could to smear Russia all over Carter Page in an interview on Good Morning America Tuesday.

The Clinton-operative-turned-morning-show-host attempted to pin all manner of Russian ties to Page, the obvious strategy being to then connect Page and President Trump at the hip.

Stephanopoulos’ fatal mistake which killed the mainstream media narrative was not asking Page prior to the interview about his connections to then-candidate Trump. He should have asked pre-interview leading questions such as, “How often did you meet with Donald Trump,” or “Do you have a record of all of your communications with Donald Trump?” That would have prevented Stephanopoulos from embarrassing himself and crippling the mainstream media narrative.

After erroneously believing that he had sufficiently tied Page to Russia, Stephanopoulos moved in for the kill to tie Trump to Page, asking, “You’ve been under surveillance since October 2016. Since that time, have you ever spoken to Donald Trump?”

With an “Oh, shit!” look on his face, Stephanopoulos requested confirmation: “You’ve never spoken to Donald Trump in your life!?”

“No email, no text, nothing like that?” begged Stephanopoulos, searching for any morsel of a connection to keep the narrative alive.

“Never,” replied Page with a nod and a broad grin that signaled, “Checkmate, bitch!” (Pic, below: Page’s broad smile just after saying “Never!” and blowing up the MSM narrative) 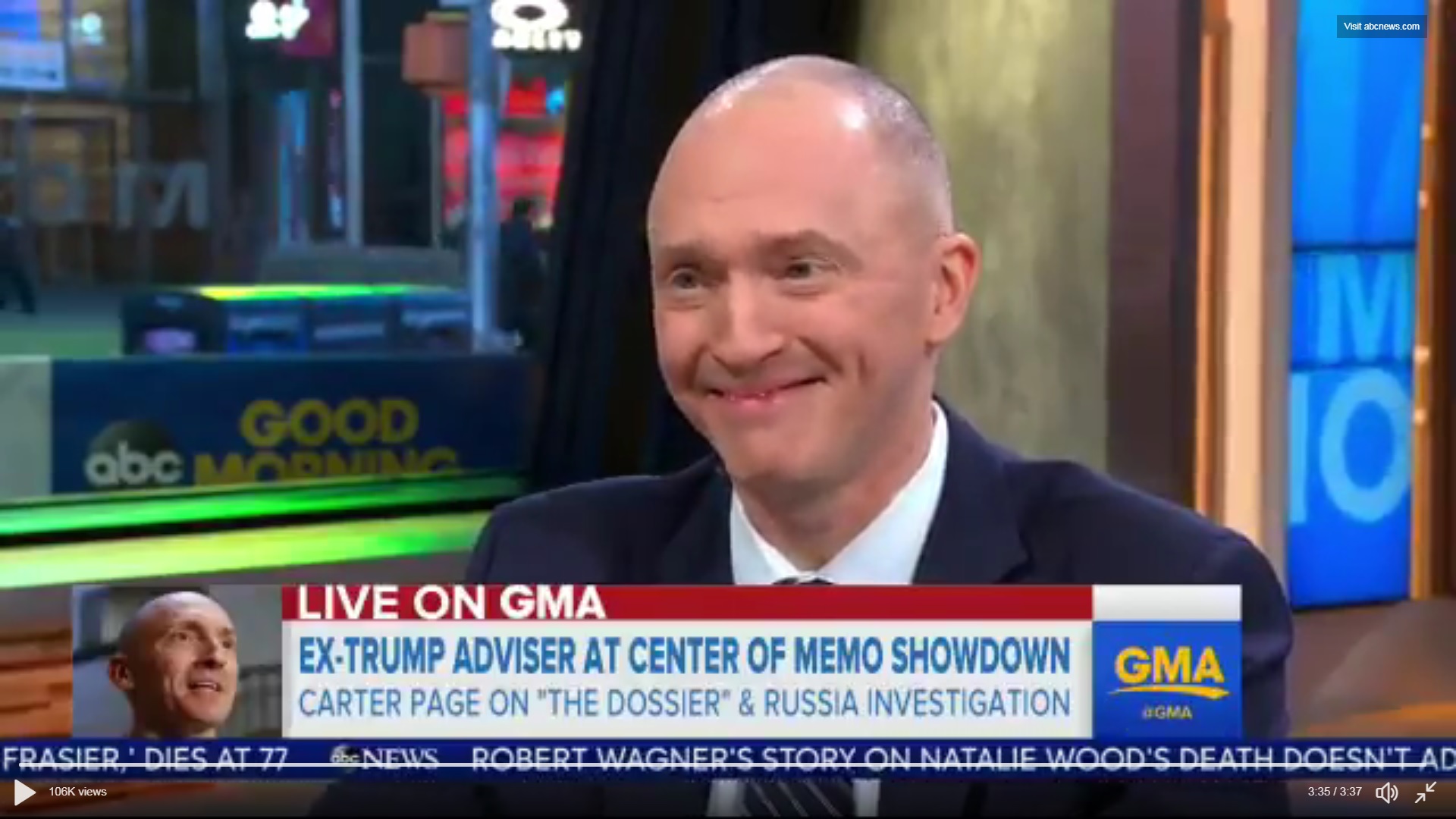 In an obvious hurry to stop the bleeding, Stephanopoulos then abruptly ended the interview. Video of the interview below.

You tried your hardest, Clintonista, to tie Russia to Page and Page to Trump, when, what do you know, Page and Trump never met, never texted, never emailed. You should have asked Page if he met Trump prior to the interview. Instead, you cut it off when he destroyed your narrative