Showdown on the border as Central American caravan prepares for mass crossing at San Diego. National Guard on hand with orders to arrest all violators

The caravan from Central America that has been traveling through Mexico for the past few weeks has finally arrived at the US border, which they plan to cross illegally at San Diego sometime on April 29.

National Guard units have been deployed to the border to intercept and arrest all violators, per President Trump’s orders.

Around 400 migrants about to cross into San Diego are refusing the advice of immigration attorneys, who say the asylum-seekers risk a lengthy detention, or being separated from their families, before eventual deportation back to Central America. 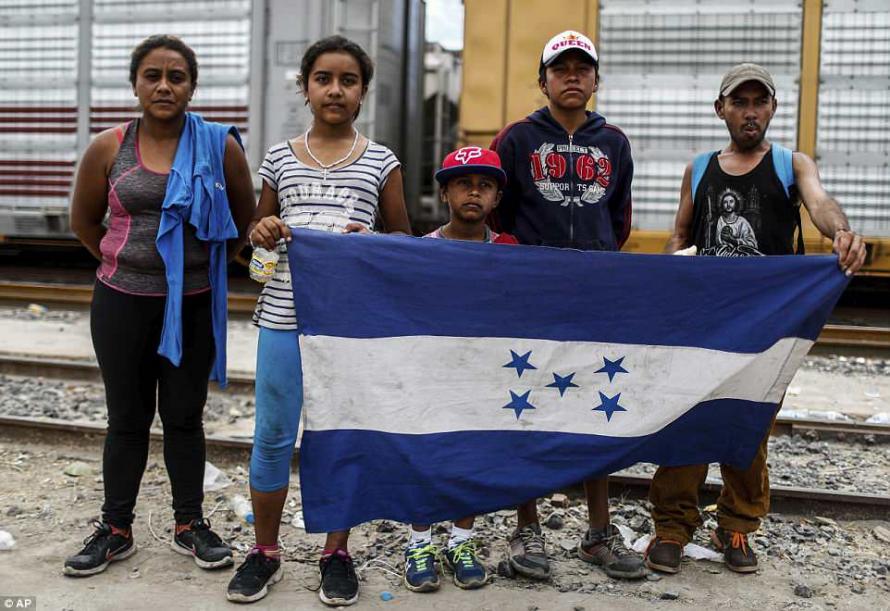 Kenia Elizabeth Avila, 35, appeared shaken after the volunteer attorneys told her Friday that temperatures may be cold in temporary holding cells and that she could be separated from her three children, ages 10, 9 and 4.

But she in said an interview that returning to her native El Salvador would be worse. She fled for reasons she declined to discuss. -AP

After crossing through Mexicali earlier last week, the migrants been gathering in Tijuana on Tuesday. So many reportedly showed up that the shelter they were occupying was overflowing by Wednesday. Most members of the group are from Guatemala, El Salvador or Honduras, and are fleeing their homes, they say, because of death threats from local gangs, or political persecution.

That, according to many, is worth dealing with US authorities and deportation for the small chance they might be granted asylum.

“If they’re going to separate us for a few days, that’s better than getting myself killed in my country,” said Avila. 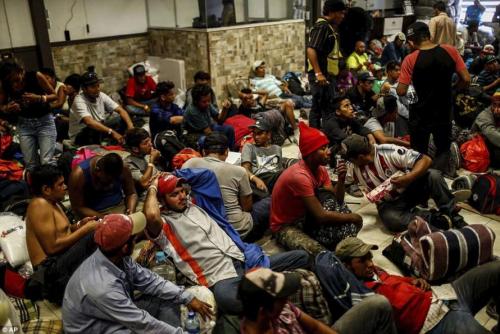 “We are the bearers of horrible news,” said Nora Phillips, a Los Angeles immigration attorney while taking a break from legal workshops in Tijuana where around 20 lawyers are offering free information and advice. “That’s what good attorneys are for.”

The mostly-Guatemalan migrants, many traveling as families, plan to test President Trump’s resolve after he instructed the National Guard and the Border Patrol to arrest any migrants caught trying to sneak into US territory – a move that US-based advocacy group Pueblos Sin Fronteras says is illegal. 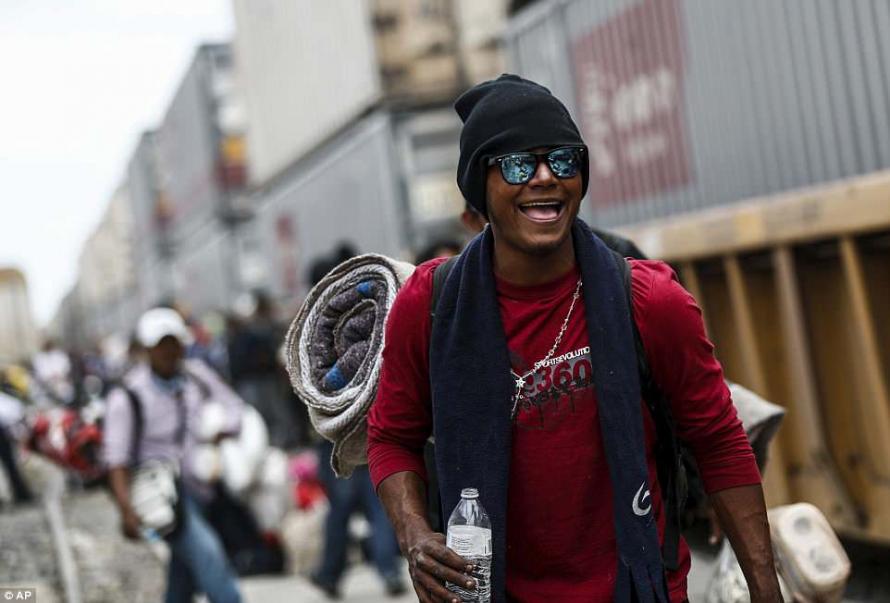 The organization is actively organizing a plan for the migrants to cross over the main pedestrian bridge into the U.S. on Sunday, after reacting angrily to an initial plan to try and cross in smaller groups over a more spread-out period of time.

President Donald Trump and members of his Cabinet have been tracking the caravan, calling it a threat to the U.S.since it started March 25 in the Mexican city of Tapachula, near the Guatemala border. They have promised a stern, swift response.

Attorney General Jeff Sessions called the caravan “a deliberate attempt to undermine our laws and overwhelm our system,” pledging to send more immigration judges to the border to resolve cases if needed. –AP

Department of Homeland Security Secretary Kristjen Nielsen said that the migrants’ asylum claims wikll be handled “efficiently and expeditiously,” adding however that the asylum-seekers should first ask Mexico if they can stay there. (lol)

Any asylum-seeker making false claims to U.S. authorities may also be prosecuted – along with anyone who “assists or coaches” immigrants on how to make the false claims, Neilsen added. The Trump administration claims that asylum fraud is growing, and many of the migrants are heavily coached on the “correct answers” to obtain it.

The group of 20 immigration attorneys giving seminars in Tijuana have denied coaching any of the roughly 400 people from the caravan currently camping out in shelters throughout Tijuana.

Some migrants received one-on-one counseling to assess the merits of their cases and groups of the migrants with their children playing nearby were told how asylum works in the U.S.

Asylum-seekers are typically held up to three days at the border and turned over to U.S. Immigration and Customs Enforcement. If they pass an asylum officer’s initial screening, they may be detained or released with ankle monitors.

Nearly 80 percent of asylum-seekers passed the initial screening from October through December, the latest numbers available, but few are likely to eventually win asylum. –AP

As Reuters pointed out on Thursday, the timing of their arrival could sabotage NAFTA talks after President Trump repeatedly threatened to scrap the deal if Mexico doesn’t do more to stop Central American migrants from traveling through its territory.

Moving from town to town, the migrant caravan became a stumbling block for U.S.-Mexico relations after Trump unleashed a series of tweets in early April, telling Mexican authorities to stop them. More busloads of migrants arrived during the course of the day, overflowing the first shelter.

Local migrant aid groups said it was the biggest single group they had seen arrive together as they scrambled to find places in ten shelters.

“Thanks to god we’re here,” said 34-year-old Aide Hernandez from Guatemala who had four children in tow. She said she planned to seek asylum in the United State. When asked why, she looked down, ashamed to detail a case of domestic abuse.

A Secular Jew’s And Gentile’s Guide To The Jewish Holiday Of Shavuot And The ‘Ten Commandments’
May 14th, 2021 The Lid