LMAO! Canadian Cruz blasted Donald Trump for hiring illegal aliens, which is a lie. Trump hired a temp agency to provide workers for a project, and some Polish workers wound up being not completely legal. That responsibility belongs solely to the temp agency, not to Donald Trump. Suppose you get into a taxi cab and the taxi gets pulled over by the police, who run the driver’s ID and arrest him for being illegal. Should the police also arrest you for hiring the taxi? Of course not! The responsibility to provide legal drivers belongs to the owner of the taxi company, not to the passenger paying the fare.

This is where it gets hilarious. Folks, you just can’t make this stuff up! After blasting Trump for hiring illegal immigrants, Cruz immediately hires a new spokesman, Ron Nehring, who did guess what? Hired illegal immigrants, not once, but twice, to fill high-level executive positions in the California Republican Party. One of the illegals was a Canadian (are you getting the multiple layers of irony yet?) who served as Deputy Political Director of the California Republican Party. In this case Nehring violated Federal guidelines requiring US employers to hire Americans first. That employee, too, wound up being illegal, having violated his visa.

If Canadian Cruz isn’t competent enough to vet his own employees, how on earth can we “TRUSTED” to run the most powerful country in the history of recorded time? Cruz has shot himself in the foot yet again. This is starting to look like a Three Stooges short, except there is only one stooge in this story – Senor Cruz. Oh, the irony!

What more would you expect from a Canadian, eh?

From The Liberty Eagle

However, the Cruz campaign may be headed for another controversy after not properly vetting its new national spokesman – a former party leader who was once caught hiring a deportation-dodging, illegal immigrant to work at the Republican Party.

Cruz’s new spokesman Ron Nehring, who served as the previous chairman of the California Republican Party, was “busted” for hiring an illegal immigrant who had been ordered to be deported by the Federal government, had failed to complete an I-9 form, and even sued the U.S. government in a multi-million-dollar wrongful arrest lawsuit. Nehring himself had directly hired the illegal immigrant to serve as chief executive of the Republican Party and to run party operations, including the handling of confidential information.

Nehring also caused controversy when he hired another immigrant from Canada to serve as Deputy Political Director of the California Republican Party using the much-aligned H-1B program made popular under President George W. Bush. For that hire, Nehring was criticized widely by Republicans in his own state for failing to follow the guidelines of that Federal program, which states that a U.S. business must seek talented Americans to employ first. It is hard to envision that the chairman of a Republican Party in the most populous state in the nation could not find adequate talent to fill a political deputy role.

In addition, it turned out that Nehring’s direct hire was also violating U.S. immigration law and he was later fired after it was discovered he had violated his Visa.

In both cases, Nehring’s response was that he wasn’t sure if he had ever seen nor asked for either man’s I-9 Employment Eligibility Verification form, which is required for employment by the Department of Homeland Security.

The Canadian snafu is especially ironic given Cruz’s recent battle with Donald Trump over Cruz’s own birth in Canada, along with the debate over whether or not he is eligible to run for office.

It is also ironic, given the fact that Cruz’s own campaign website for president states this about illegal immigration:

“We have a serious immigration problem in America. The American people understand that we must reverse the policies that invite criminals and terrorists to defy the law, allow manipulation of our generous immigration system, and reward illegal immigrants for their actions.”

History is filled with politicos who were immediately disqualified, forced to recuse themselves, or let go from their public position over their hiring of illegal immigrants.

In 2001, President Bush nominated Linda Chavez to become the first Hispanic Secretary of Labor. Chavez was forced to recuse herself from the nomination after it wasdiscovered that she had hired an illegal immigrant from Guatemala for household chores and child care. In that case, Chavez stated she only paid the illegal immigrant $100-$150 every two weeks, a figure that pales in comparison to the tens of thousands of dollars that Nehring paid the chief executive of the California Republican Party.

If hiring one illegal immigrant was enough to keep Linda Chavez from becoming the Secretary of Labor, wouldn’t the staunchly anti-illegal immigration Cruz maintain the same standard and prohibit Nehring from serving as his national spokesman? 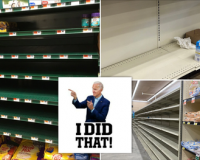