Canadian Cruz is claiming that he won “grassroots” landslides in the past five states, even though actual citizens voted in only one of those states

By DAVID MARTOSKO, US POLITICAL EDITOR FOR DAILYMAIL.COM

Ted Cruz boasted Monday morning that he has won ‘landslides’ in the last five states to award Republican convention delegates, even though only one of those states held a popular-vote election.

‘There have been a total of five states that have voted in the last three weeks,’ he claimed during a town hall event on ‘Good Morning America.’

‘In those states, starting with Utah, North Dakota, Wisconsin, Colorado and Wyoming, 1.3 million people voted in those states. And he lost all five. We have won five in a row, and Donald’s upset so he’s throwing a fit.’ 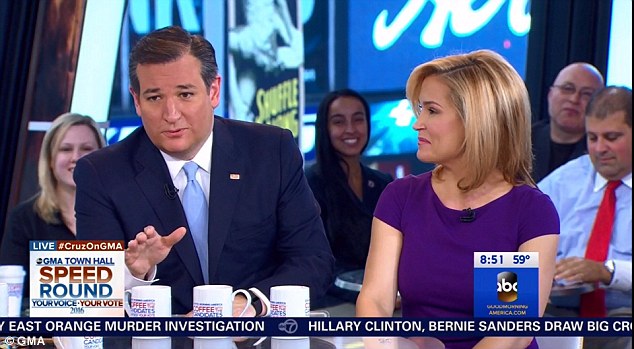 VOTERS? WE DON’T NEED NO STINKING VOTERS: Texas Sen. Ted Cruz boasted Monday that he’s won a series of five ‘landslides’ over Donald Trump even though just one of those was an actual primary election 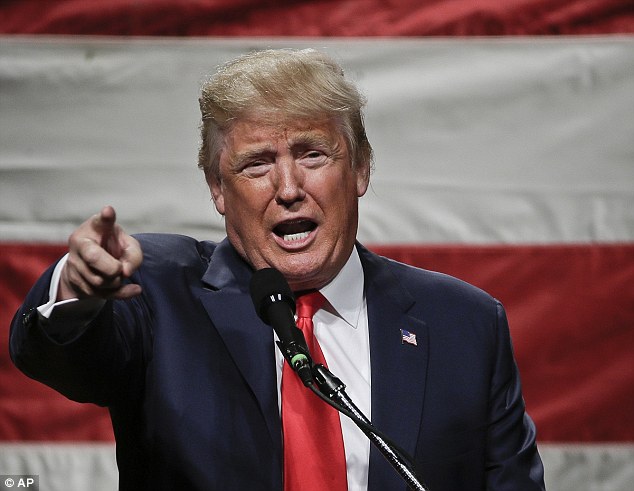 ‘RIGGED’: Trump said Saturday in upstate New York that the Republican convention delegate system is ‘rigged’ against him and in favor of Cruz and other politicians who can work the party apparatus instead of appealing to voters

Cruz won the April 5 Wisconsin primary decisively with the help of Gov. Scott Walker and other establishment allies.

That single state’s voting tally accounted for more than 82.5 per cent of the 1.3 million votes Cruz cited.

Another 13.6 per cent came from Utah, where the state Republican party opted to hold caucuses instead of a secret-ballot primary election.

The rest were spread across North Dakota, Colorado and Wyoming, which awarded him delegates on the basis of party-insider conventions in which his campaign aides worked behind the scenes to win support for their hand-picked slates.

Cruz scooped up all 14 of Wyoming’s delegates on Saturday after front-runner Donald Trump’s campaign made little effort to put up a fight.

Wyoming held no primary vote. A total of 475 party activists convened in Casper to hold a state convention and appoint Cruz loyalists to represent them at the Republican National Convention in July.

But Cruz called it a ‘grassroots’ triumph.

‘We had a tremendous show of grassroots support that resulted in a critical victory at today’s Wyoming Republican Convention,’ he said in a statement.

‘Grassroots are rising up. Republicans overwhelmingly elected delegates who will support us at the national convention and nominate us to take on Hillary Clinton. This is how elections are won in America.’

WHO’S RIGHT? Trump notes that he leads Cruz by nearly 2 million votes overall but Cruz hangs his hat on The Donald’s failure to chalk a victory in recent weeks

Wyoming followed the much-maligned template of Colorado’s process, which awarded all 34 of that state’s delegates to Cruz despite not holding a popular vote at all.

‘They’re going nuts out there; they’re angry,’ Trump said Saturday. ‘The bosses took away their vote, and I wasn’t going to send big teams of people three, four months ago, have them out there.’

While Trump has won 21 state nominating contests to Cruz’s 10, the billionaire leads the Texas senator by only a 755-559 delegate count.

He must win nearly 60 percent of the delegates remaining to be awarded before the party’s political convention in July if he is to avoid a contested floor fight at the multi-day Cleveland, Ohio event.

Trump has become more animated and exasperated eith every contest Cruz wins without the support of voters.

‘Lyin’ Ted Cruz can’t get votes (I am millions ahead of him) so he has to get his delegates from the Republican bosses. It won’t work!’ he tweeted on Sunday.

Cruz fired back with his claim of a winning streak.

‘Donald, over 1.3mm people just voted in UT, ND, WI, CO & WY. You lost ALL FIVE in a row, by huge margins. #NoWhining,’ he responded on Twitter.

Trump launched a counterattack Monday morning, tweeting that Cruz ‘can’t win with the voters … I am millions of VOTES ahead! Hillary would destroy him.’ 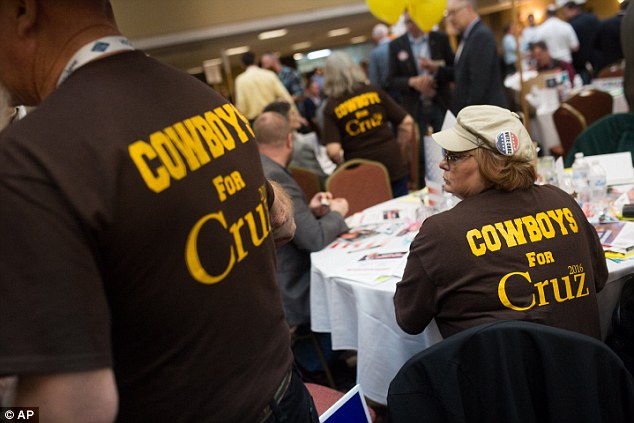 DELEGATES UP FOR GRABS: Cruz loyalists were named to all of Wyoming’s open slots for Republican National Convention delegates over the weekend 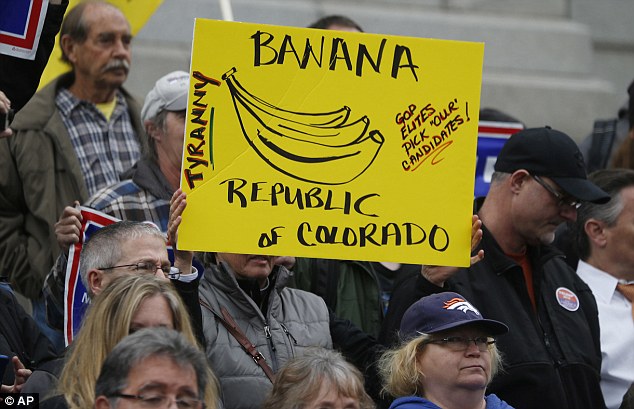 NOT AGAIN! Wyoming’s outcome mirrored that of Colorado, where a back-room process replaced a secret-ballot primary this time around

Cruz said Monday on ABC that ‘in all likelihood we’re going to go into a contested convention,’ predicting that Trump won’t be able to collect the 1,237 delegates ahead of time that would constitute the slimmest possible majority.

‘Donald cannot win and we do not want to nominate somebody who’s a loser in November,’ he boasted.

He also ruled out the possibility of joining forces with his arch-rival by accepting the vice presidential nomination on a Trump ticket.

‘I have zero interest whatsoever. And there are a lot of reasons,’ he said in response to a town hall quesiton.

Cruz also said that despite being known for doing impressions of actors and cartoon characters, ‘I don’t have a Donald impression.’