Poignant photos of the Boston Marathon bombing. If anyone deserves death, it is this cockroach. Warning – a few pics are graphic

Following is the blood-stained, bullet-riddled letter Tsarnaev wrote while hiding in the boat, followed by an excerpt of its text: 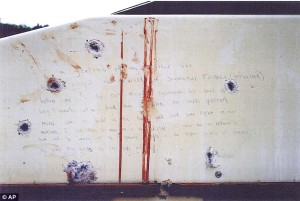 Text: “The US Government is killing our innocent civilians but most of you already know that. As a [UI] I can’t stand to see such evil go unpunished. We Muslims are one body, you hurt one you hurt us all. Well at least that’s how muhhammad (pbuh) wanted it to be [for]ever. The ummah is beginning to rise. [UI] has awoken the mujahideen. Know you are fighting men who look into the barrel of your gun and see heaven, now how can you compete with that. We are promised victory and we will surely get it. Now I don’t like killing innocent people it is forbidden in Islam but due to said [UI] it is allowed. All credit goes [UI].” 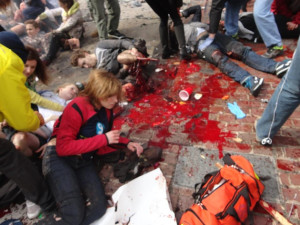 The aftermath: blood-soaked sidewalk and a man who just lost both legs 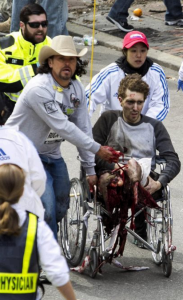 Bystanders transporting a bombing victim to get aid 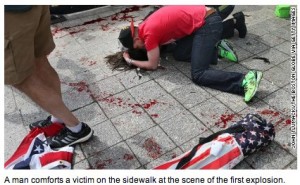 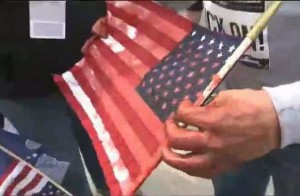 This pic says it all! Islam attacks America AGAIN!