UPDATE: I would like to make something clear. The fact that President Trump is rescinding the $16.8 billion earmarked for State Department foreign operations is documented (below). The fact that wall construction has begun (at this point, it likely means engineering and site planning) is documented, per the president’s own words. President Trump has not explained where he is moving the $16.8 billion. Based on all the information available and the fact that Congress denied him the funding they promised earlier for the wall, and the estimated cost of the wall, it is my opinion and the opinion of others that the money is being moved to pay for wall construction. There are some who believe that President Trump is giving the job to build the wall to the Army Corps of Engineers since he received ample defense funding. It is my opinion that the State Department foreign operations money is being shifted to pay for the wall.

While this Omnibus spending bill may allow for far too much discretionary spending on pork, it is also a classic Trump win. Let me explain.

Many pundits believe that President Trump ensured that he is a one-term president by signing the Omnibus spending bill.

Maybe not. It appears the president was very much on his game when signing the bill that denied him the expected funding for his border wall, and Rinos and Democrats were seen partying in the streets in response to President Trump’s reluctant signing of the steaming pile of legislation, believing they had majorly screwed the president and any hope he had of re-election.

They should have read up on the authority of an omnibus spending bill, which unlike an official congressional budget, gives the president much wider discretion for use of the funds. Additionally, the president has the authority to redirect funding from one part of the bill to another in the interest of national security, which President Trump has done, taking over $16 billion from State Department “foreign operations” funding and using it to build his much-anticipated border wall. President Trump announced Friday after signing the omnibus bill that wall construction begins Monday, March 26.

When asked about the border wall on Friday, the president replied, “We’re going to be starting work literally on Monday. We have a lot of money coming to the border.”

What will President Trump do about the provision in the bill that prohibits using any funds to build a border wall? Apparently he is going to ignore it, as an omnibus bill is more guideline than directive.

You may recall how Barack Hussein spent money never earmarked, like $33 billion to Iran, $1.7 billion of which was in cash ransom, palletized and flown to Tehran before Iran released the hostages. For the record, less than $2 billion in Iranian assets in the US were frozen. Hussein apparently directed the Treasury to release the money to Iran, leaving the accountants to worry about the accounting. That is why Obama never signed a single budget during his disastrous eight years in office. All spending was by continuing resolution or omnibus spending bills, giving him great latitude as to how and where the money was spent.

FOR THOSE DOUBTING TRUMP DO YOUR RESEARCH Jo Ann Powell Neely Gunny says: March 23, 2018 at 7:42 am I seriously do not understand why individuals do not read the entire thread or disregard it.

Wheatietoo and I spent hours yesterday providing links, researching the laws, the 1974 law and statutes…. Do you know why the Omnibus is not going to get any notice…Here it is..

It’s not an official ‘Federal Budget’. It’s an Omnibus bill…not a Budget…He outsmarted them again…Congress basically screwed themselves by not passing a Budget…

Per the Constitution…the President must adhere to a Budget set forth by Congress and direct the expenditures as provided therein.

This is another one of those big Porkulus Bills, like they gave Obama for 8 years. This is not a Budget..

An Omnibus Spending Bill may have some ‘instructions’ as to how the money will be spent…but Obama ignored them. He spent the money, or didn’t spend it, however he wanted to. And Congress didn’t do a thing about it! Because they couldn’t..

I think our President observed how this happened, year after year. He is bound to realize that those ‘appropriations’ for different things in these Omnibus bills…are merely ‘suggestions’.

So like Obama, Pres Trump can spend this money on whatever he wants to. Or…not spend it.

Sanctuary Cities? What if our President decided to ‘slow-walk’ that money too…until those Sanctuary Cities assist ICE in rounding up criminal illegal aliens?

Splodey heads? From the Dems and the Enemedia? Why yes. There would be a colorful display of splodey heads.

But what could they do about it. Hah.

Our President could just say…’What! Congress should’ve passed a Budget.’

done finished…research was done…and it is so very humorous actually….our VSG..just said just give me money for the military and the wall…put anything else you want in it…and those goofballs did.

In this case, as per above….he doesn’t have to spend a dime….because it is not a budget…and even if it was…researched….he could still spend as he please… Congress appropriates….up to the President to spend it…or not….as he pleases..

If anyone disagrees, I can go back and get the links and evidence, but if you just read yesterdays political thread…Wheatietoo and I laid it all out for all…Wheatietoo did most of the work and put together the consolidated update as per above….

Again, that is why Obama never had a Budget in his Presidency…Congress did continual Omibus’s and he just took the money….for 8 years…and no one seems to know where it went…

In a letter to Congress just after signing the bill, President Trump declared that he was rescinding a part of the bill…. 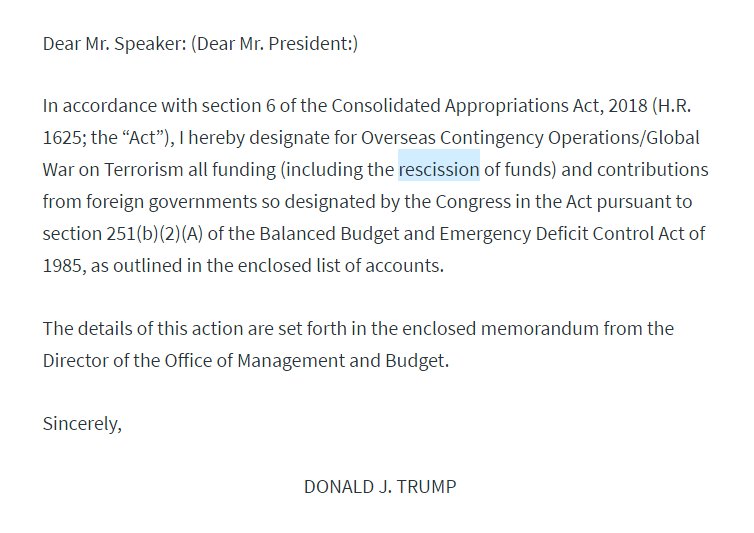 …. and using $16 billion of funding appropriated for State Department foreign operations (“division K”) as an “emergency requirement” (to build the wall), as noted in the president’s second letter to Congress explaining where the money is being taken from …. 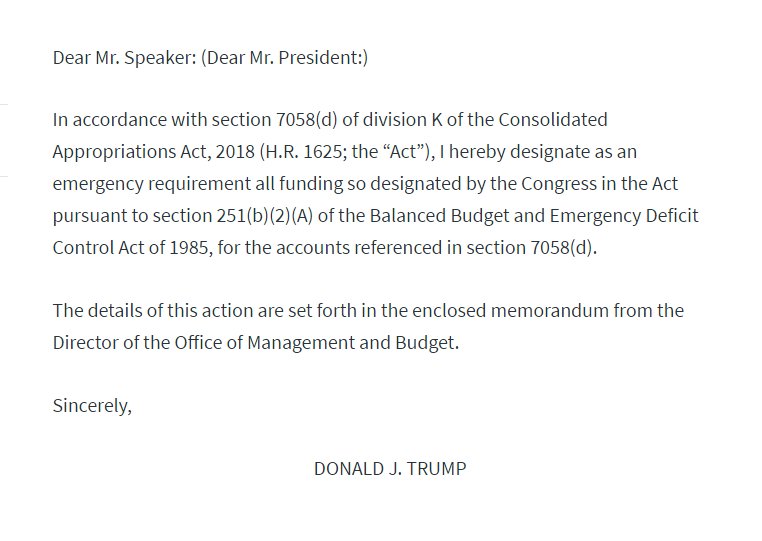 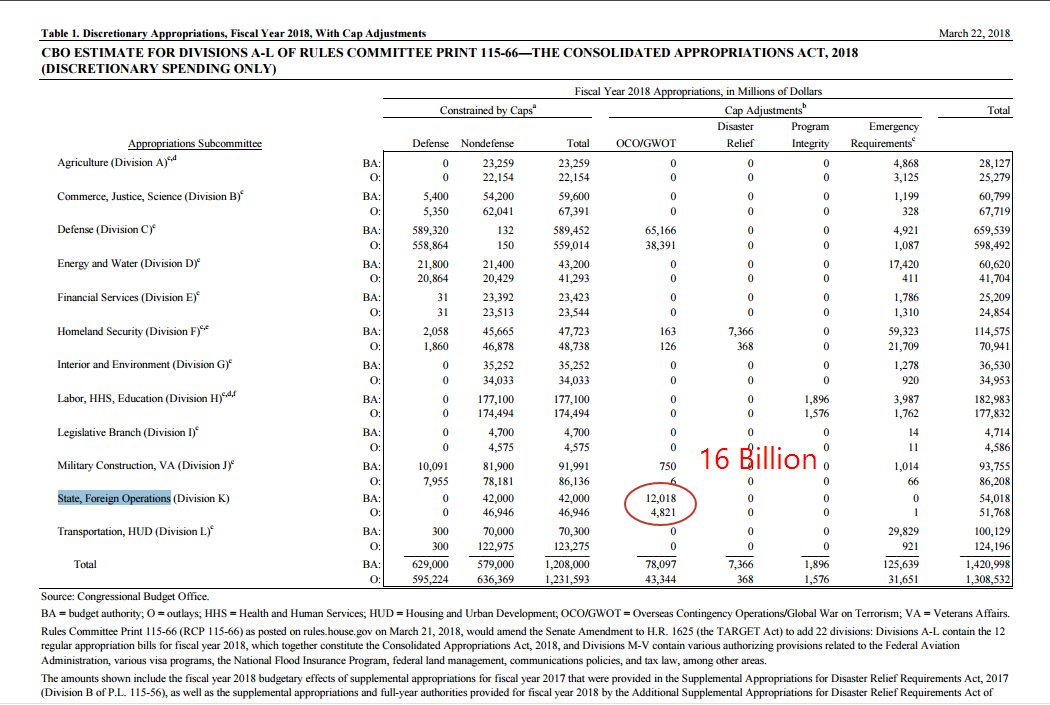 The Video That Exposes The Truth About What Took Place In The Capitol On January 6
January 15th, 2021 Sons of Liberty Media