H/T 100 Percent Fed Up
Rising from their sewers to attack the 11-year-old son of President Trump, then promptly returning from whence they came, liberal weenies everywhere have been in full-on attack mode against young Barron Trump, most recently attacking him for his T-shirt (he is typically in coat and tie) and playing with the newest fad craze among youngsters his age, the fidget spinner.

While it is not surprising to see leftists attack a child, it is no less sickening.

#TheExpert Barron Trump plays with fidget spinner as he exits Air Force One in Washington with @POTUS and @FLOTUS. pic.twitter.com/rQfivXcUNH

The First Lady and Barron have permanently moved into the White House! Literally #TheExpert has arrived. pic.twitter.com/QWFQ5uy6Tw 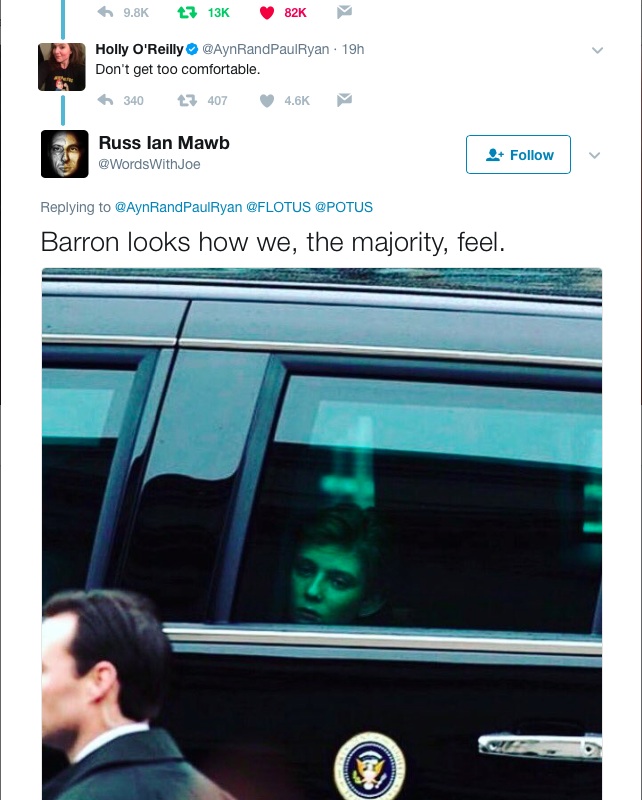 Melania and Barron Trump have moved into the White House, and everybody looks thrilled! https://t.co/6OhUb3HLWU pic.twitter.com/mKhM4ShQv6

OMG!!! Barron Trump has a Fidget Spinner just like every single boy in my daughters class! pic.twitter.com/i660NCagIw