While Trump was comforting the people of Louisiana, Barack Hussein was warning state and local agencies about racial discrimination. Don’t let Whitey get none!

It’s true. Barack Hussein has been AWOL on the Louisiana flooding tragedy. I mean the weather on Martha’s Vineyard is so much nicer, what upper crust personage would want to go down THERE amidst all that nastiness and mingle with the common folks. Certainly not Hussein.

That does not, however, mean that Barack Hussein has forgotten about the poor people of Louisiana. No Sir, au contraire. Our Golfer-in-Chief has taken the time to issue stern warnings to state and local agencies regarding racial discrimination. If Whitey is getting a loaf of bread, they had damned well better be sure that a search was being made to find a black family that needed a loaf.

Now that is leadership! While Donald Trump is on the ground, paying for and delivering a tractor-trailerload of supplies to those in need, and personally passing them out first come, first serve, regardless of color, Barack Hussein is busy counting how many Whitey got.

While disaster-stricken white folks and black folks are joining hands and helping each other recover, Hussein is busy looking for opportunities to divide, to turn harmony into conflict.

How much longer must we put up with this worthless asshole? The answer is 153 days, until January 20, 2017. Let us pray that Donald Trump will be inaugurated that same day. 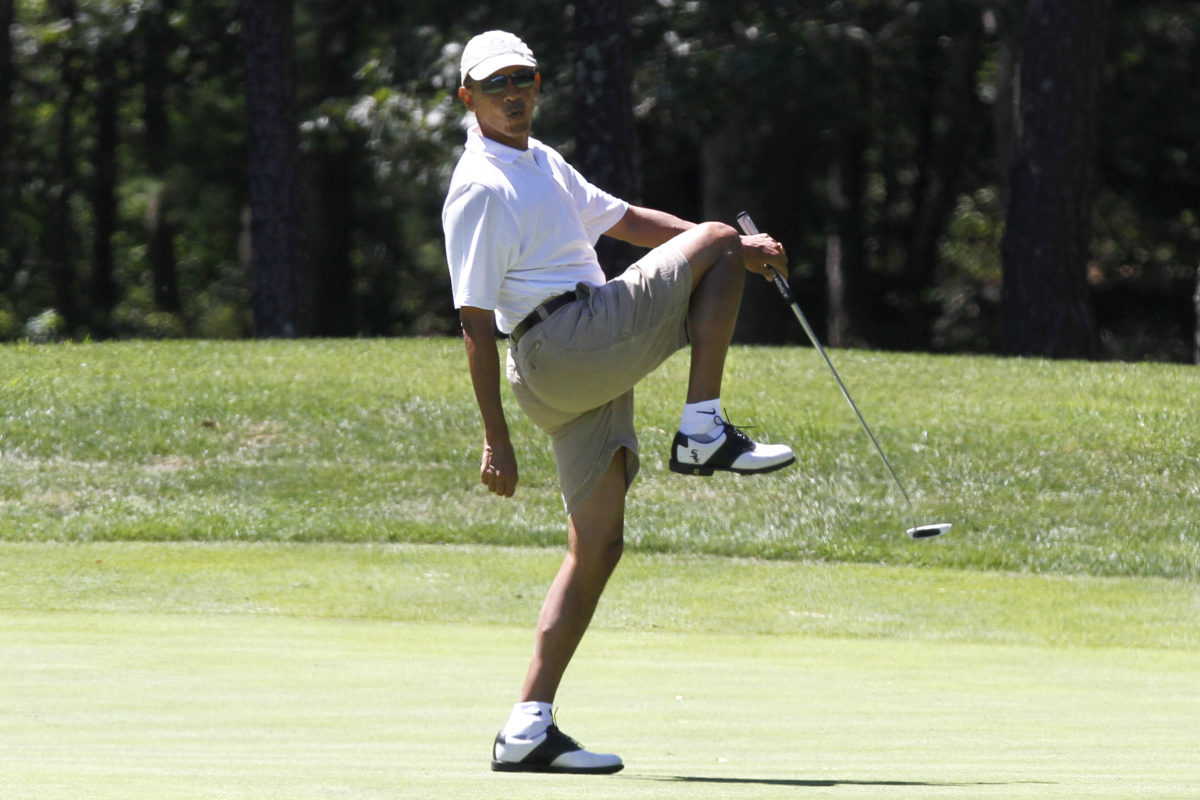 President Obama has refused so far to survey the Louisiana flood disaster, but he did let state and local officials know that he’s watching to make sure they don’t engage in racial discrimination.

In a 16-page guidance issued Tuesday, the Obama administration, led by the Justice Department, warned Louisiana recipients of federal disaster assistance against engaging in “unlawful discrimination on the basis of race, color, or national origin (including limited English proficiency).”

The guidance’s frameworks “highlight the importance of complying with nondiscrimination requirements of civil rights statutes, addressing the needs of the whole community, and ensuring equal opportunity to access recovery efforts.”

Needless to say, some Louisiana residents were offended, including the American Conservative’s Rod Dreher, who took umbrage at receiving an anti-discrimination lecture from Washington, D.C., as locals struggle to rescue, house and feed their neighbors.

“[E]verywhere you look you can find black folks and white folks loving on each other, helping each other through this crisis,” Mr. Dreher said in a Thursday post.

He referred to the guidance as a “long bureaucratic memo” issued by the “Department of Justice and many other agencies of the executive branch overseen by He Who Cannot Be Troubled to Leave Martha’s Vineyard.”