Powdered Wig has a solid following from Down Under and I have a few Aussie friends. They are hard-working, fun-loving, and peaceful people, and many are sick of the Islamization of their country at the hands of radical Islamists who refuse to integrate into Australian society.

I have always seen Oz (as many call Australia) as a mirror image of the United States. We are burdened by many of the same problems, beginning with bleeding heart, liberal politicians whose big government, liberty-destroying, politically correct policies have caused major damage to our respective nations.

One Aussie politician, Kirralie Smith, has had enough of Islam and in February proposed a 10-year ban on the immigration of Muslims to Australia. 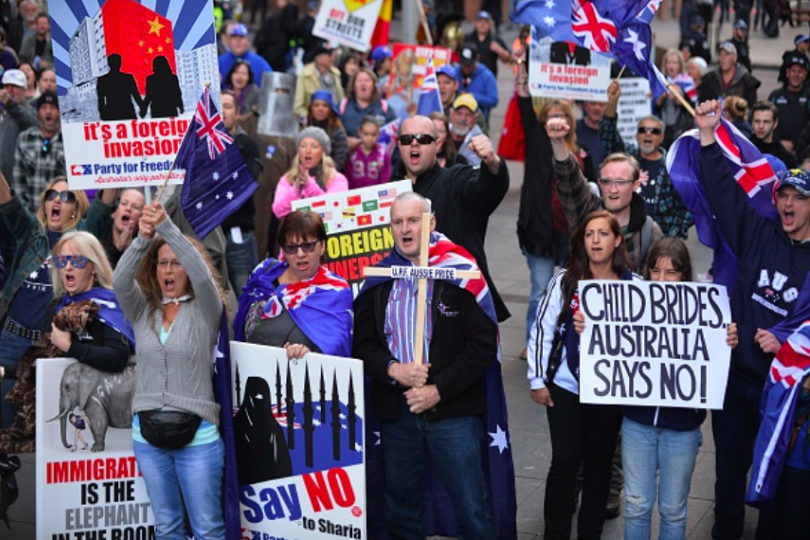 Rabat – Australian politician Kirralie Smith proposed today a 10-year hiatus on Muslim immigration, saying that Islamic values are “not compatible to our democratic values of freedom.”

The comments were made in an interview with Sky News, where Smith promoted her new political party, The Australian Liberty Alliance, which counts ‘the Islamisation issue’ as one of its two key pillars.

“We need to have an honest debate,” she said, before claiming that she does not mind offending those of Islamic faith. “I’m not worried, because I think that there are enough indicators that we have some serious issues already.”

Smith readily outlined her beliefs on Islamic values, saying, “Islam is more than a religion, it’s a totalitarian ideology with political ideology.”

Citing fears that Muslims may have trouble in integrating into new communities, she pointed to European countries that have large Islamic communities as one of her main worries, but claimed her party “does not have a problem with people who want to integrate.”

One policy Smith put forward was to force mosques, above any other place of worship, to sign the Universal Declaration of Human Rights in order to open, as she stated that only the Islamic community would “have a problem with it.”

She also put forward the suggestion to ban Muslim immigration to the country for up to ten years.

Smith first hit the headlines through her work in the “Islam-Critical” Q society, which last year was sued for claiming that Australian Halal certifiers were “part of a conspiracy to destroy Western civilisation from within.”

As evidenced in the video, below, Kirralie Smith is not the only Aussie proposing a ban of Muslim immigration. Television personality Sonia Kruger is also on board with “the Donald Trump approach.”

It isn’t just Donald Trump. It’s common sense and all who possess it. God Bless Donald Trump for his political incorrectness and bringing the issue into discussion.