I chose the photo, above, as my featured pic because it was so spooky. This is the guy who interviewed Bashar al-Assad and freaked me completely out. Right at the beginning of the video watch as his eyes roll back in his head. I imagine Assad didn’t know whether to beat him in the chest, stick a spoon in his mouth, or call an exorcist. Back to the news….

There have already been cases of refugees who turned out to be terrorists, a fact that makes Judge Robarts look like a total moron and a leftist political hack, anything but a competent judge.

In an exclusive interview with Yahoo News at a presidential office in Damascus, Assad said President Trump’s freeze on admitting refugees from his country — part of an executive order that has drawn widespread protests and is being challenged in federal court — “is an American issue” on which he would not take sides. But asked if some of those who fled are “aligned with terrorists,” Assad quickly replied, “Definitely.”

“You can find it on the Net,” Assad went on: “Those terrorists in Syria, holding the machine gun or killing people, they [appear as] peaceful refugees in Europe or in the West.” He said he couldn’t estimate how many there might be, but he added that “you don’t need a significant number to commit atrocities.” He noted that the 9/11 attacks were pulled off by fewer than 20 terrorists “out of maybe millions of immigrants in the United States. So it’s not about the number, it’s about the quality, it’s about the intentions.”

Assad is a secular leader, not a foaming-at-the-mouth Muslim, which is the kind of leader Barack Hussein wanted at the head of all Middle East nations, and is why Hussein tried so hard to depose him. Assad simply wasn’t Muslim enough to suit Hussein, as can be seen in the photo, below, of Assad and his wife, a born-and-raised Brit. 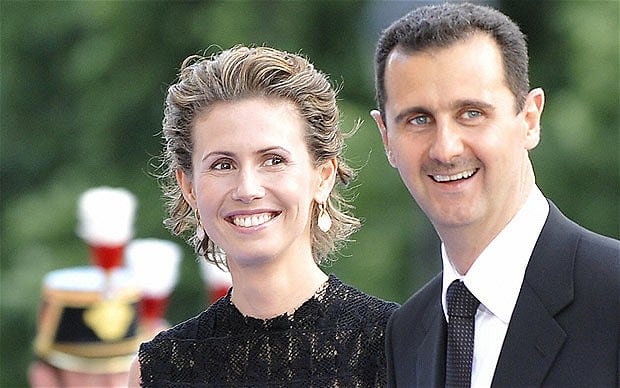 With crises exploding at home and abroad, Biden calls an early lid
May 11th, 2021 Liberty Unyielding