Antifa dirtbag who stabbed a police horse in the neck has been arrested, charged, and set for court. By all means, throw away the key!

A Philadelphia woman attending an ACT for America rally in Harrisburg was arrested last weekend when she allegedly struck a Pennsylvania State Police horse in the side of the neck with a flag pole, according to Philadelphia Metro.

According to police, Lisa Joy Simon, 23, was arrested on Saturday after she “used a flag pole with a silver nail at the top of the pole” to strike a police horse named Sampson in the neck at about 11:32 a.m. 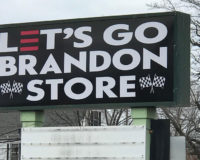