Photo, above: The guest house of the Hamburg senate is where Trump has been forced to lay his head, but his aides insist it was the previous admininstration’s job to do the ‘advance’ work in anticipation of a new president

The White House is blaming the Obama administration for leaving President Donald Trump without a proper hotel during last week’s G20 summit, according to Daily Mail.

Every top-shelf lodging was already booked by the time the Trump White House began making inquiries – but that, two White House officials say, is because their predecessors never booked rooms for an American delegation.

The G20’s northern Germany summit was announced in February 2016, when Obama was still president and Trump was considered a long-shot hope to take the White House.

‘Obama’s people left everyone high and dry,’ one current official said on Friday. ‘They didn’t care enough to make sure whoever was president would have a place to stay.’ 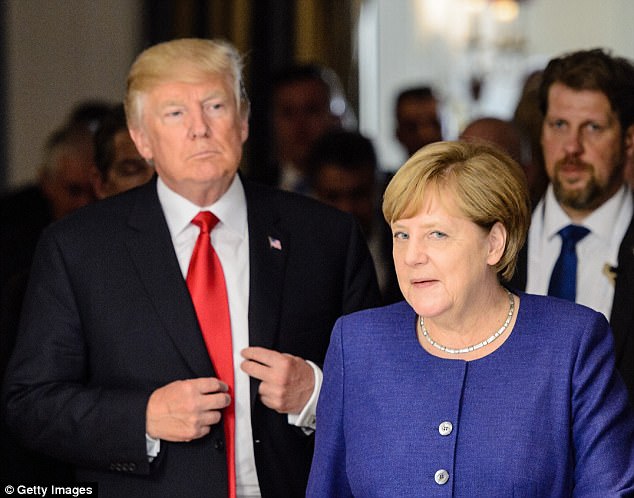 German Chancellor Angela Merkel (right) has a swanky block of hotel rooms for this week’s G20 summit in Hamburg, but President Donald Trump (left) was left staying in a government-owned guest house because the Obama administration never thought ahead and reserved rooms when the conference was announced in early 2016 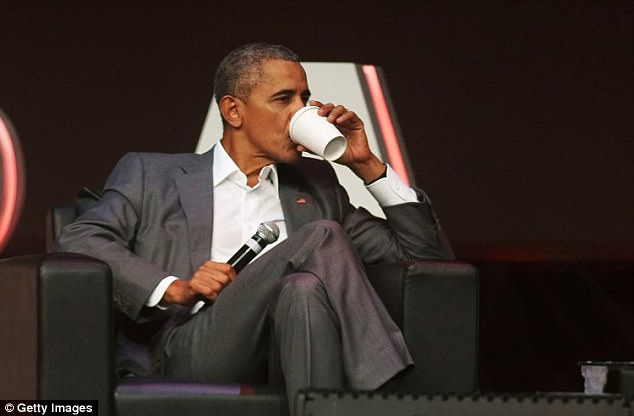 Obama, now a private citizen and popular on the speaking circuit, would also be blamed for causing the same problem if Hillary Clinton had succeeded him

The White House is remaining officially mum about where the president is laying his head, and why. Spokespersons did not respond to requests for comment.

The officials who talked to DailyMail.com, including one with direct knowledge of White House travel and ‘advance’ operations, spoke on condition of anonymity.

Buzzfeed reported Thursday that Trump is staying in the government-owned Senate guest house in Hamburg instead of at a 5-star property like the luxury lodgings he owns.

The website published a list of which international delegations had snagged which hotels, including Russian president Vladimir Putin’s group at the Park Hyatt and UK Prime Minister Theresa May’s group at Le Meridien.

The leaders of China and Italy apparently reserved space at the Grand Elysée; the Indian and Canadian prime ministers are staying at the Atlantic Kempinski, along with German Chancellor Angela Merkel.

DailyMail.com contacted those four hotels and another six mentioned in the Buzzfeed report. 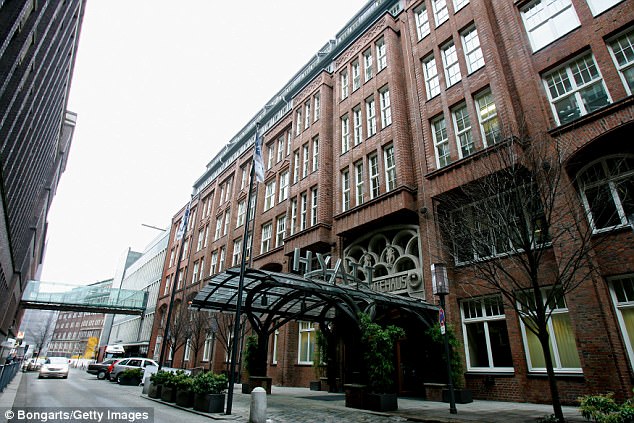 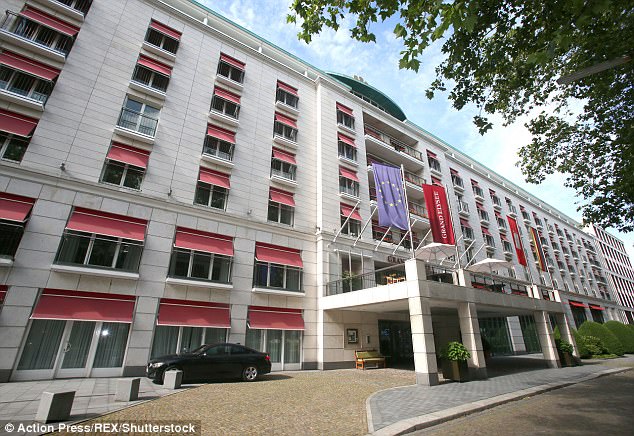 The leaders of China and Italy blocked off space at the Grand Elysée, which was also never an option for the White House because it was reserved more than 9 months ago

Staff at eight of them confirmed that they were completely booked by the time America’s 2016 election was held in early November. the other two declined to comment.

‘The funny thing,’ a second Trump White House official said Friday, ‘is that the U.S. delegation probably also wouldn’t have had hotel rooms if Hillary Clinton had become president. It was already too late by Election Day.’

‘But I bet even if Hillary had to sleep in a youth hostel,’ the official added, ‘no one in the press would say it was her staff’s fault.’

Trump’s travel staff originally sought to accommodate him at the Four Seasons hotel. But Saudi Arabia’s King Salman, who feted Trump last month in Riyadh, already had the entire hotel blocked off for himself and his entourage.