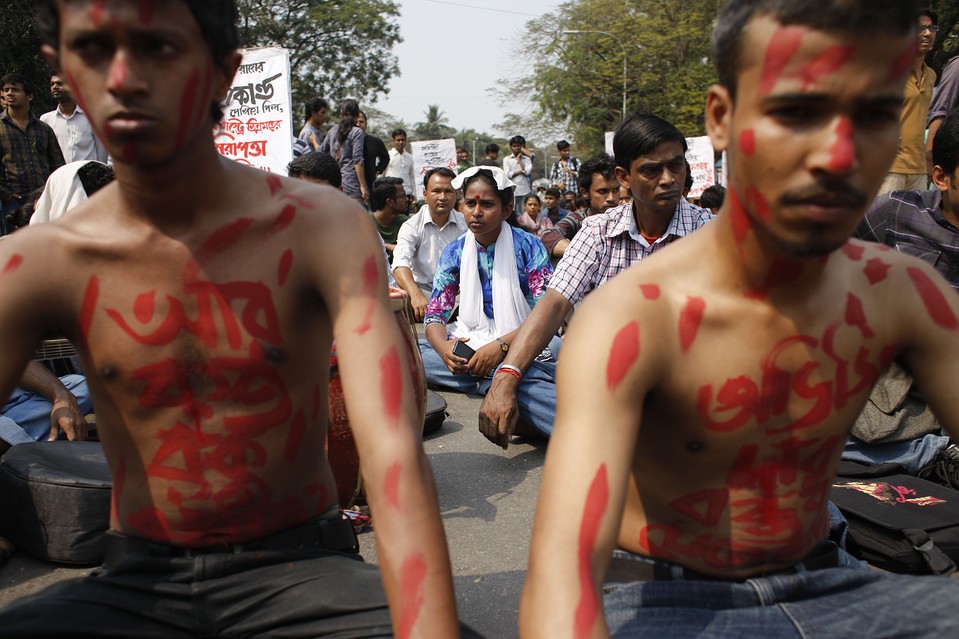 DHAKA, Bangladesh—A Bangladeshi-born American blogger, known for his criticism of Islamic fundamentalism, was hacked to death by machete-wielding attackers in the Bangladeshi capital on Thursday night, police said.

Authorities said Avijit Roy, a 42-year-old self-described atheist whose Mukto-Mona blog championed secularism and opposed religion in politics, was assaulted by a group of men when returning home from a book fair, according to a police complaint filed by Mr. Roy’s father.

On Friday, Mr. Roy’s wife, Rafida Ahmed, 35, who was also attacked and seriously injured, was being treated for multiple stab wounds in a Dhaka hospital, doctors said.

A group calling itself Ansar Bangla 7 appeared to claim responsibility in a Twitter post saying: “Anti-Islamic blogger US-Bengali citizen Avijit Roy is assassinated in capital #Dhaka due to his crime against #Islam.”

“We’re looking at every possibility including the one that religious fanatics may have been involved,” said Sirajul Islam, the officer in charge at the local police station investigating the case.

Police said they didn’t know whether Ansar Bangla 7 was an actual extremist group. After a Bangladeshi professor was killed last year, a claim of responsibility was made on a Facebook page for “Ansar al-Islam Bangladesh-2.” Police later said the man was actually stabbed in revenge for insulting an acquaintance’s wife.

Mr. Roy, an engineer, became an American citizen after moving to the U.S. several years ago. His friends said he was visiting family in Dhaka and was due to return to the U.S. next month.

Tensions have risen in Muslim-majority Bangladesh between bloggers who espouse a secular ideology and conservative groups. Islamist parties have called for a blasphemy law to stop what they say are attacks on their faith. Liberals have urged a ban on religious-based parties.

Teachers and students of Dhaka University held a protest rally on campus to protest Mr. Roy’s killing Friday afternoon. Some speakers at the rally blamed police deployed around the book fair for not protecting Mr. Roy. Mr. Islam, the police official, said the attack happened before officers could react.

The book fair, which takes place every February, is regarded as an important cultural event and is attended by ministers, prominent writers and members of civil society.