Photo, above: Al-Hijrah opened in Burbidge Road, Bordesley Green, Birmingham in 1999 and was at that time the city’s only Islamic school. It is run by the Al-Hijrah Trust but was placed in special measures after a damning Ofsted report branded it ‘inadequate’

When will they learn? Multiculturism is simply impossible for an unbending culture like Islam. There is no assimilation into host cultures. There is only Islam.

A controversial Muslim school which has been monitored since a child died there and books condoning domestic violence and forced sex were found in its library is to be taken over by the state, according to Daily Mail.

The Al-Hijrah School in Birmingham is to become an Academy and the Department of Education confirmed to the MailOnline that an interim board has been appointed to oversee that multiple problems identified in a damning Ofsted report are addressed.

The education watchdog issued a highly critical report earlier this year which listed bullying, weak teaching, a chaotic playground, pupils who were not ‘sufficiently’ safe and staff who did not know what to do in medical emergencies as being serious problems at the school and gave the school the lowest ranking possible. 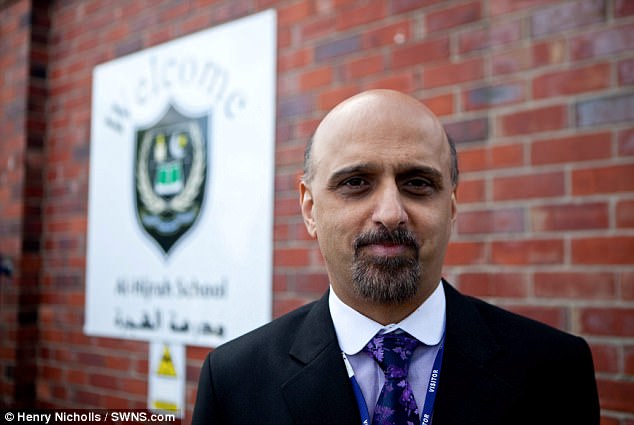 Waseem Yaqub, the former Chair of the Governers at Al-Hijrah School in Birmingham

Offensive books have also been found in the school library which state that a husband can beat his wife and insist on having sex with her.

The DoE said that the regional schools commissioner for the West Midlands is currently working with Birmingham council and the interim board to secure a new sponsor to run Al-Hijrah from September.

The school became State funded in 2001, it is one of Britain’s first Muslim schools to secure state funding.

But the 750 pupil school has courted controversy in recent months after a child died there and it mounted a legal challenge to a critical Ofsted report.

Mohammad Imaeel Ashraf, 9, collapsed at the school in March and died later in hospital. His death was reportedly linked to an allergic reaction to fish and chips.

An inquest into the death will be held later this summer.

The school, which has both female and male pupils but segregates the sexes for all lessons from the age of 5 to 16 had mounted a legal challenge to an earlier Ofsted report that said that its segregation policy was a breach of the Equality Act.

In the first case of its kind, the state-funded Islamic school challenged its own critical Ofsted report, which found separating the pupils left them ‘unprepared for life in modern Britain’.

It was argued in court that segregating pupils for religious reasons harms girls’ life chances and creates ‘an apartheid’ within schools which makes girls feel they are ‘different’ and inferior.

Ofsted said that Muslim faith schools which separate boys and girls are guilty of sex discrimination.

Appeal court judges have been asked to make a definitive ruling in the case.

If Ofsted wins, faith schools across the country that teach boys and girls separately will be inspected and may have to change their policy. 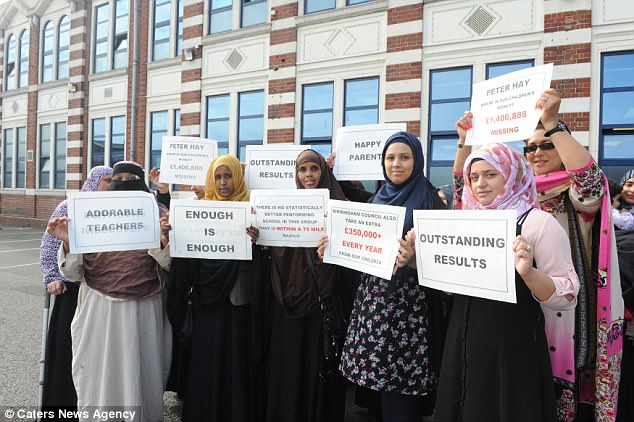 Amanda Spielman, chief inspector at education watchdog Ofsted told The Times that she found it ‘deeply frustrating’ when legal challenges were ‘used to delay things that in our view urgently need to happen.’

‘It is rare for schools to go to court to challenge a report but sometimes the stakes are high,’ she said.