7th-grader’s last words, “Mommy! Mommy!” as he is executed on NYC street. Is gang violence on the rise? Two words…. Democrat leadership.

A New York seventh grader was fatally shot at point blank range outside his apartment building Friday and police are searching for the gunman.

Christopher Duran, 14, and his younger brother were on their way to school in the Bronx when Duran was targeted.

Duran was shot three times in the stomach and once in the head around 8.30am. just steps away from his apartment building on Sheridan Avenue, ABC reports.

According to the Daily News, the baby-faced youngster cried out ‘Mommy, mommy’ as he died.

Gang-Related: Authorities say the boy was a gang member and suspect that the dispute was gang related, he reportedly has several prior arrests as a juvenile

When the gunfire stopped, Duran’s brother ran into the apartment building and told his mother what happened. Authorities arrived and Duran was pronounced dead at the scene, according to the New York Post.

Part of the street where the shooting occurred is cordoned off and there was a shelter-in-place put up at a nearby school due to heavy police presence.

Authorities say the boy was a gang member and suspect that the dispute was gang related. 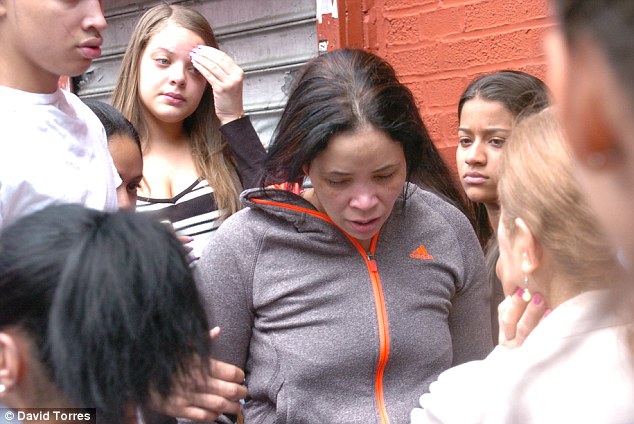 Christopher Duran’s mother looked devastated. According to the Daily News , the baby-faced youngster cried out ‘Mommy, mommy’ as he died
take our poll - story continues below 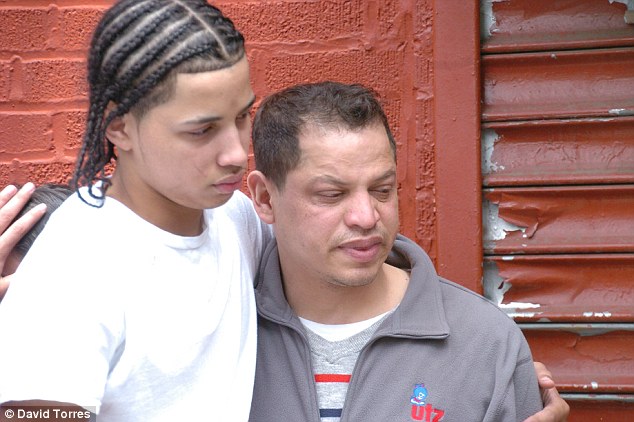 He has had several prior arrests as a juvenile, ABC reports, and the shooting occurred in an NYPD Impact Zone, where heavy police presence is implemented due to known gang violence.

Local reports cited law enforcement sources claiming that the attack may have been in revenge against the boy’s older brother who is allegedly a senior figure in the New York ‘280’ gang.