Photo, above: An x-ray view of the inside of one of the trucks stopped near Chiapas shows illegal immigrants from nine different countries packed together like cattle

By Paul Bentley, The Daily Mail

Packed together in the tightest of cabins, with little air to breathe and no space at all in which to move, the migrants in this picture show just how far some will go to try to sneak into America.

Mexican police found the 513 agonisingly squashed together in two trucks just outside Tuxtla Gutierrez, Chiapas – an eye-watering 18-hour-drive away from the nearest US border.

They were caught when the trucks sped through a vehicle scanner at a police checkpoint. After the astonishing X-ray image came up on screens, police gave chase, finding 240 people in one truck and 273 crammed into the other. 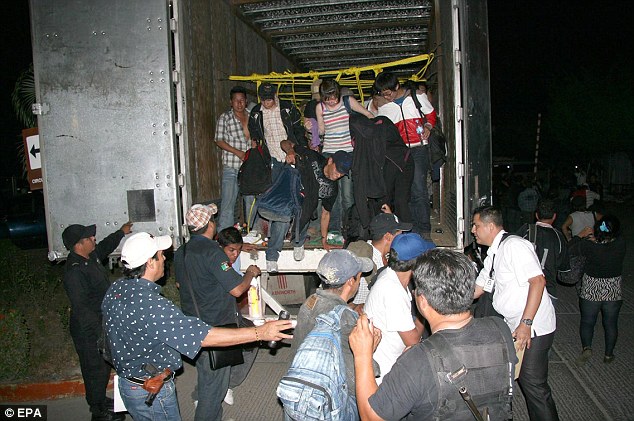 Captured: The immigrants are led out of one of the U.S.-bound trucks by Mexican authorities

The 513 migrants, originally from a range of countries, including Guatemala, Ecuador, Japan, China, India and Nepal, were ‘travelling in inhuman conditions,’ according to officials.

They are currently being given aid and food while four people have been arrested on suspicion of smuggling.

The shocking picture comes just one week after President Obama was heckled in El Paso, Texas, after claiming border controls between the U.S. and Mexico had never been more stringent.

He boasted that fewer arrests of illegal immigrants showed that ‘far fewer people are attempting to cross the border illegally’. 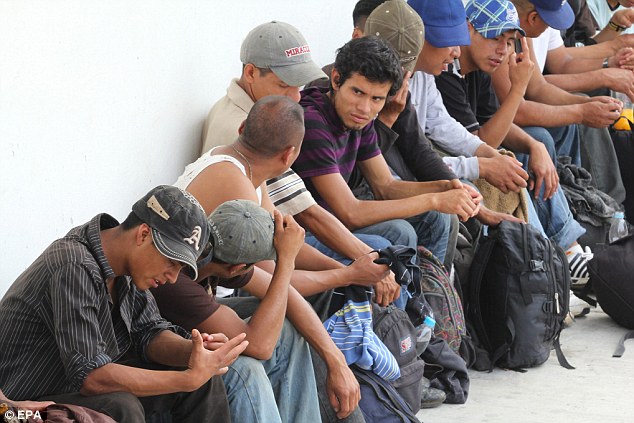 Inhumane: Some 513 immigrants from Latin American and Asian countries were crammed into the two lorries 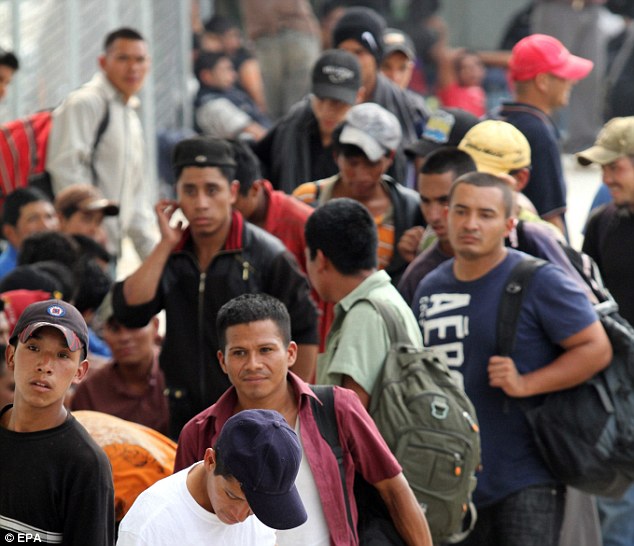 Held: The two lorries were chased by police after going through a scanner, which revealed the people hidden inside

‘Even as we have stepped up patrols, apprehensions along the border have been cut by nearly 40 per cent from two years ago,’ he said.

But increasingly shocking examples of migrants attempting to flee their countries and illegally enter the U.S. have emerged over the past few years.

THE 2,000 MILE BORDER AND THE MILLIONS WHO HAVE GOT THROUGH

Earlier this year, two Mexicans were caught inside the U.S. after using a 4mph underwater dive scooter to dodge the border fence.

Unfortunately for the two men, aged 38 and 16,they were spotted by a U.S. Border Patrol helicopter crew – still clutching the scooters – as they walked along Imperial Beach near San Diego,  California.

Last August, Mexican police made the gruesome discovery of 72 murdered migrants from Central and South America in northeastern Tamaulipas state.

Two years ago, eight illegal immigrants ‘stacked like wood’ in the back of a sports-utility vehicle were killed when the driver lost control on a remote southeastern Arizona highway.

At least 27 men and women, all illegal immigrants from El Salvador, Guatemala, Honduras and Ecuador were in the vehicle travelling about four miles east of Sonoita when the vehicle rolled shortly before midnight, sending the migrants flying out the car and onto the road.

Mexican lawmakers last month unanimously approved a law to ‘strengthen the protection and security’ of migrants amid widespread abuse by smugglers.

Rights groups have long criticized Mexico for failing to protect tens of thousands of migrants, mainly from Central America, trying to cross the vast country to illegally enter the U.S. each year. 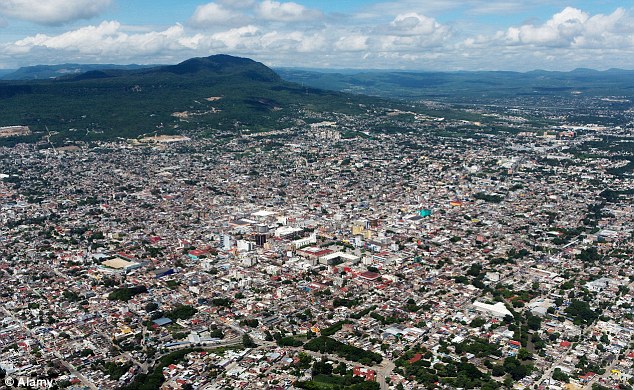 Detained: The immigrants are being held in Tuxtla, Chiapas state, as they receive humanitarian aid 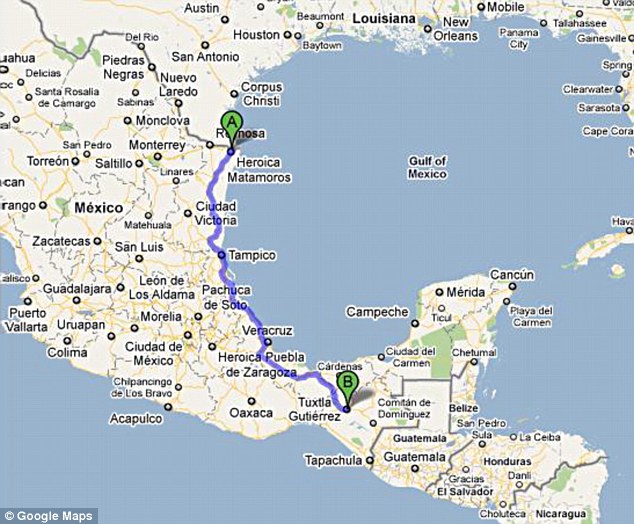 Long journey: It is at least an 18-hour drive from Tuxtla Gutierrez to the U.S. border