500 mourners show up at funeral for Muslim terrorist/murderer. Are these the “moderate” Muslims we’ve been told about?

Photo, above: Prayer: The funeral prayer was so well attended that many people had to stay outside the building

The gunman who killed two people in Copenhagen was today buried in a Muslim cemetery in the city, despite objections from the Islamic group that owns it.

Omar El-Hussein, 22, murdered two people last weekend following a bloody rampage through the Danish capital that ended when he was killed in a shootout with police.

The ceremony at the Islamic Society of Denmark was attended by approximately 500 mourners and sympathisers, before he was buried in a Muslim cemetery on the outskirts of the city. 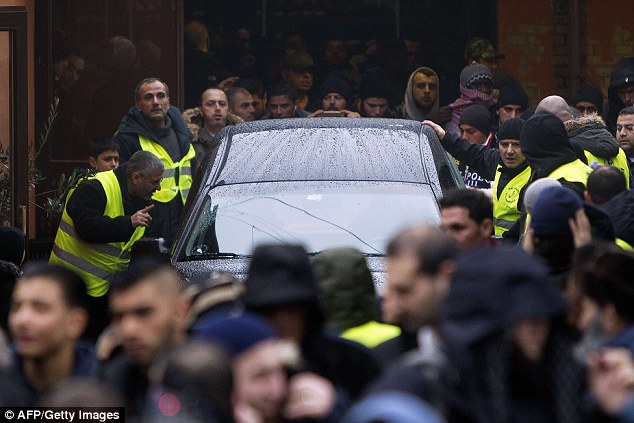 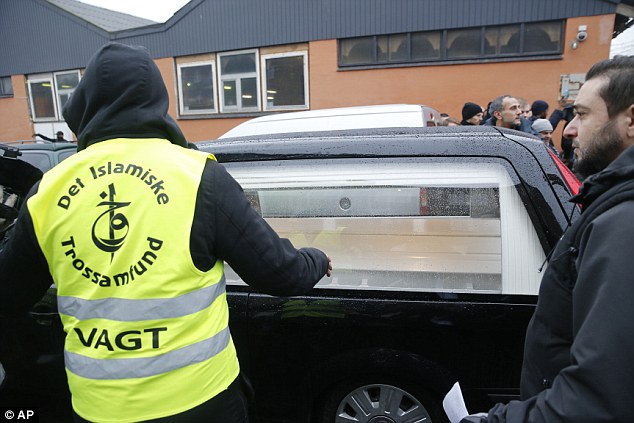 Coffin: The car was escorted from the Islamic Society’s building in Copenhagen to a Muslim burial ground in the suburb of Brondby 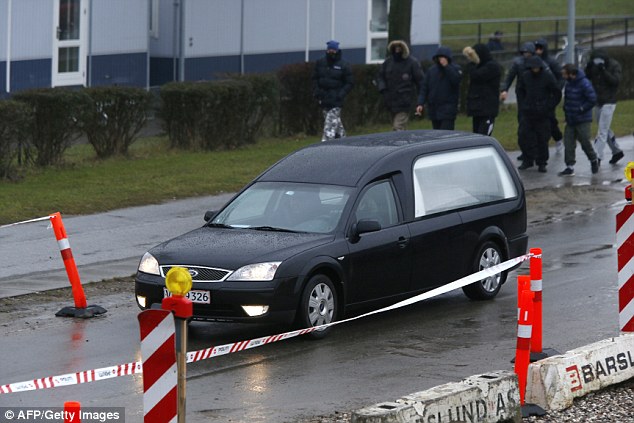 Final journey: Ahmet Deniz, head of the Islamic Burial Fund’s support group  said he had concerns before the ceremony about the burial

But Ahmet Deniz, head of the Islamic Burial Fund’s support group told newspaper Jyllands-Posten, that he had concerns before the ceremony about the burial.

He said that the group said it had considered denying a request by El-Hussein’s parents to have him buried in their cemetery, but that its rules did not allow for it.

He added: ‘My concern is over extremist attitudes and actions on both sides. Both from his friends and from young Danish people who perhaps could also riot later.’

The funeral was open to the public, but reports from the scene said it was mostly attended by young men, who were described as ‘wearing large black coats with many of them having covered their faces’.

Before the ceremony, Copenhagen Police urging anyone attending to ‘show appropriate respect’ while Kasem Said Ahmad, who conducted the burial ceremony, said that he would require everyone to ‘remain silent’.

Ahmad rejected suggestions that a large turnout at the funeral would be a sign of support for the alleged killer.

He said: ‘It is support for the family, not for him. I do not think that anyone is coming to pay homage to him.’

After the burial, controversial Salafist Adnan Avdic – who had previously called El-posed for pictures at the the plot. 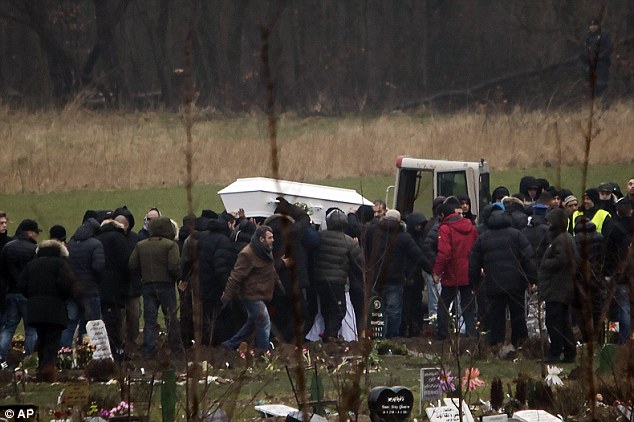 Coffin: Mourners carried El-Hussein’s white coffin on their shoulders to the grave 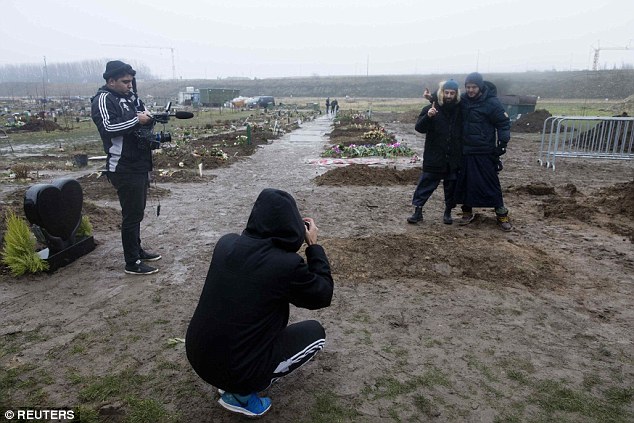 Pose: Outspoken Salafist Adnan Avdic (R), who arrived with his own photographer, poses next to El-Hussein’s grave
take our poll - story continues below 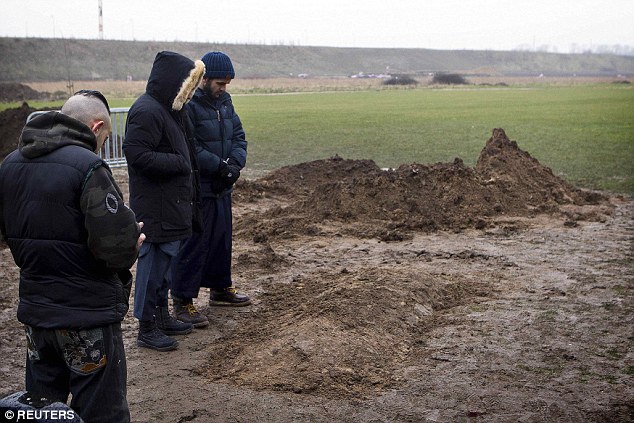 Soon afterwards, El-Hussein was then killed in a firefight with police which concluded a shooting spree that authorities say may have been inspired by the terror attacks in Paris last month.

El-Hussein first gunned down film director Finn Nørgaard at a free speech debate in the city, but it is believed his target was Lars Vilks, a Swedish artist who has received numerous death threats for caricaturing the Prophet Muhammad.