Mengele had nothing on the University of Hawaii, which is performing disgusting abortion experiments on minors 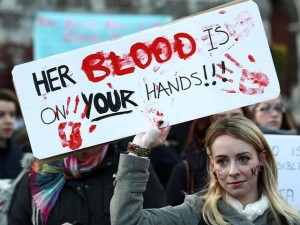 The Monster of Auschwitz, Josef Mengele

The Kapiolani Medical Center for Women and Children at the University of Hawaii is currently recruiting pregnant girls and women to participate in second-trimester abortions to measure their bleeding during the operation, with and without antihemorrhagic drugs. According to the Clinical Trials website, run by the National Institutes of Health, participants must be at least 14 years old and 18-24 weeks pregnant.

The controversial study, led by Bliss Kaneshiro, MD and Kate Whitehouse, DO, will monitor bleeding during D&E abortions to determine the effects of the drug oxytocin, commonly used to minimize blood loss and decrease the risk of hemorrhage.

The clinical trial, called “Effects of Oxytocin on Bleeding Outcomes during Dilation and Evacuation” began in October 2014 and is a collaboration between UH, Society of Family Planning and the University of Washington.

The Society of Family Planning funds a number of similar research projects, such as experimenting with the dosage of Misoprostol, a uterine contracting agent, prior to surgical abortions at 13-18 weeks and exploring umbilical cord injections to produce fetal death prior to late-term abortions.

In the UH study, researchers will carry out a “randomized, double-blinded, placebo-controlled trials,” to determine the effect of oxytocin’s use on uterine bleeding, meaning that they will either provide or deny intravenous oxytocin to the women.

Reports suggest that some doctors are concerned that withholding oxytocin during surgery may put patients, especially teen girls, at risk.

“This study is reminiscent of Nazi concentration camp experiments. I pity the poor women who are being treated like lab rats, especially those who are denied the drug to reduce hemorrhaging,” said Troy Newman, President of Operation Rescue.