Trump’s inner circle shakeup has some Rinos in Congress worried. They should be 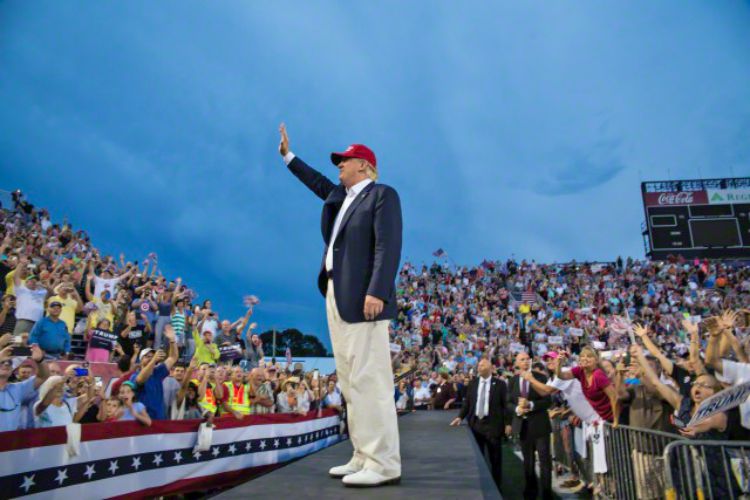 Bannon is a reflection of The Donald – committed America First outsider, hard nosed and ruthless competitor, and at least appears to believe in a take-no-prisoners approach to gamesmanship. He would be the kind of head football coach who would run up the score to 150-0 and laugh at the opposing coach as he whined about it. Political correctness has no place in his world, nor The Donald’s. Thus, I see the Bannon hire as brilliant.

Trump gave the RNC/establishment model of presidential candidate a try. Not only did it look as uncomfortable on him as a cactus sweater, it did him no good whatsoever. Let’s face it, Trump can be as accommodating, politically correct, and non-confrontational as the RNC/GOP likes, but it isn’t working. That ship has sailed. It’s a new world. The electorate is smarter now.

Furthermore, despite his recent accommodation to the GOP, it won The Donald no new establishment friends. They still held their noses in his presence.

With Bannon behind the wheel I see the old Donald coming back, returning to his crude, politically incorrect, street fighting roots, and flipping off those who complain. It was Mom and Pop America who got Trump to where he is today, not the RNC/GOP. They are fortunate Trump has decided to wear their label. It was the meat and potatoes Americans, not the country club caviar crowd who forced The Donald down the GOP’s throat. They finally told the establishment what they want, and what they want is NOT the establishment.

Heeding the creed that “you dance with who brung you,” The Donald is back! Brilliant hire!

From Newsmax
Donald Trump’s campaign shakeup and new plan to run more directly against the Washington establishment could force more defections by mainstream Republicans who are increasingly worried about preserving their House and Senate majorities.

House Speaker Paul Ryan and other congressional Republicans will be under added pressure to decide whether to stick with Trump or campaign more openly to keep Congress in Republicans hands as a check on a future President Hillary Clinton.

At the same time, Trump’s decision to hire Stephen K. Bannon, executive chairman of crusading right-wing website Breitbart News and a former Goldman Sachs banker, as chief executive of his campaign has buoyed the most conservative Republican lawmakers, who are eager to see the real-estate mogul stay the course that helped him triumph in the Republican primaries.

Either way, the changes complicate what was already a difficult task for congressional Republicans to defend their majorities in both chambers and hold together a splintering party.

Under Bannon, Breitbart News has targeted establishment Republicans, including former Speaker John Boehner. As part of Trump’s move, the Republican presidential nominee plans to restore a full-bore anti-establishment tenor to the campaign, ending sporadic efforts to moderate his tenor and reach out to skeptical Republicans and independents, according to a person familiar with the matter.

Representative Charlie Dent of Pennsylvania, who made clear in early August that he won’t be voting for Trump, said Bannon’s hiring could push some Republican congressional fence-sitters to take a firm stance on Trump.

“It might give them more incentive to make a decision one way or the other,” Dent, co-chairman of a group of about three dozen House centrists, said in a telephone interview.

“It will be kind of hard to just try and not say anything,” he said of Republican candidates. “It just seems to me that this campaign has been largely run by the candidate himself and this shake-up is just another indication of disorder ahead.”

“To suggest that we need to go with more of an establishment type of campaign really would be to ignore everything that is happening in the world, and certainly in Washington, D.C.,” said Meadows, a founder and leader of the conservative House Freedom Caucus, which played a key role in ousting Boehner and since has challenged Ryan on several legislative fronts. “There’s a reason why millions of Americans on both sides of the aisle feel they want an outsider — whether that would be Bernie Sanders or Donald Trump.”