BREAKING! Powdered Wig exclusive! We have retrieved the prayer President Trump left at the Western Wall….

Ever since President Trump placed a written prayer in a crevice of the Western Wall during his recent trip to Israel, the world has been abuzz guessing exactly what President Trump prayed for.

If you answered “yes” to any of the above, you would be wrong. President Trump’s thoughtful prayer was much simpler.

Powdered Wig’s crack investigative team, Larry Darrell, and Darrell, traveled to Israel and, dressed as rabbis, were able to gain entry to the Wall. Having carefully studied video of President Trump placing the prayer, our team was quick to spot the exact crevice where President Trump placed his prayer, and after sorting through several hundred other prayers and a disgustingly ripe Matzah ball, found what the world has been looking for.

In a Powdered Wig exclusive, we are proud to bring this historical document to the world’s attention. Presenting President Donald Trump’s Prayer, left at the Western Wall on May 22, 2017…. 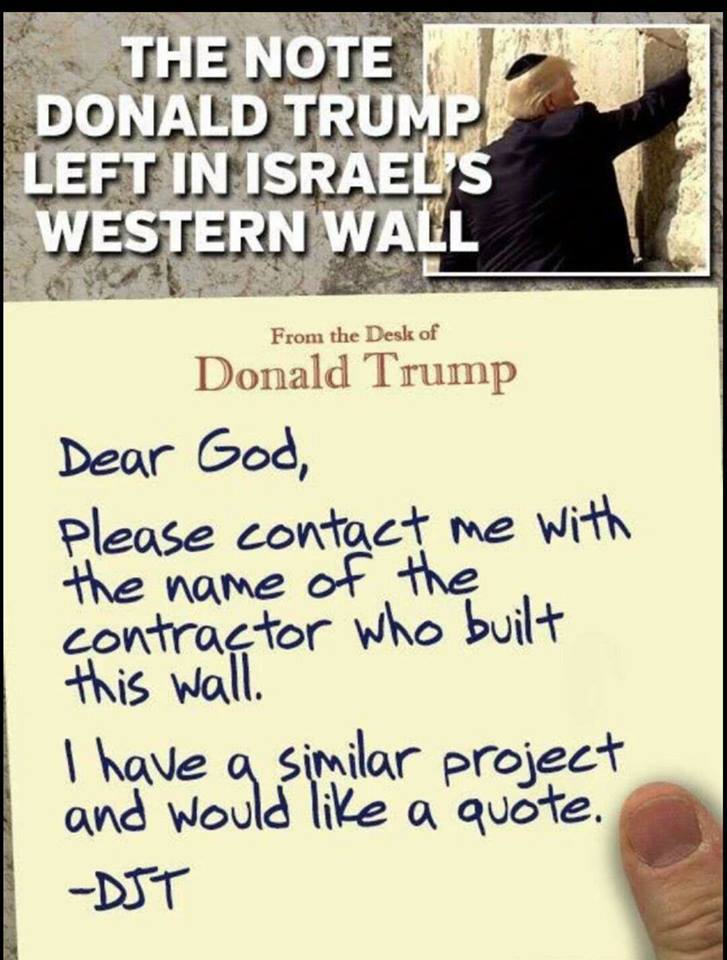