BREAKING! Donald Trump may drop out of the presidential race! Priebus reported to be “furious” and warning Trump to change course over Khan criticism 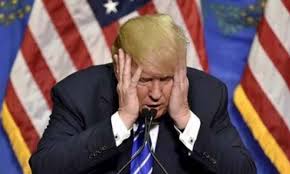 First of all, I question the veracity of this report simply because it is being reported by liberal hack and Clinton operative, George Stephanopoulos and the nitwits at ABC (video, below).

The RNC is reported to be scrambling to find a replacement for Donald Trump. Baloney! I don’t see The Donald backing down from this no matter what the PC crybabies in the GOP establishment and the liberal media want.

The whole manufactured brouhaha is over Trump’s criticism of Genghis Khan, the father of a US soldier who was killed in Iraq.

What we know for sure is that the elder Khan is a lawyer who specializes in importing moneyed Muslims to the US, he has ties to the Clintons and Saudi Arabia, which makes it apparent that he was exploiting his son’s death to further the liberal Democrat agenda of importing as many Muslims as possible, and making a few bucks for himself along the way.