Keeping his promise to We the People, President Trump is shrinking our worrisome national debt in a hurry.

In contrast, Barack Hussein increased the national debt by over $320 billion during the first month and a half of his administration, a difference of $388 billion, nearly half a trillion hard-earned American dollars. THAT is how to run a country! 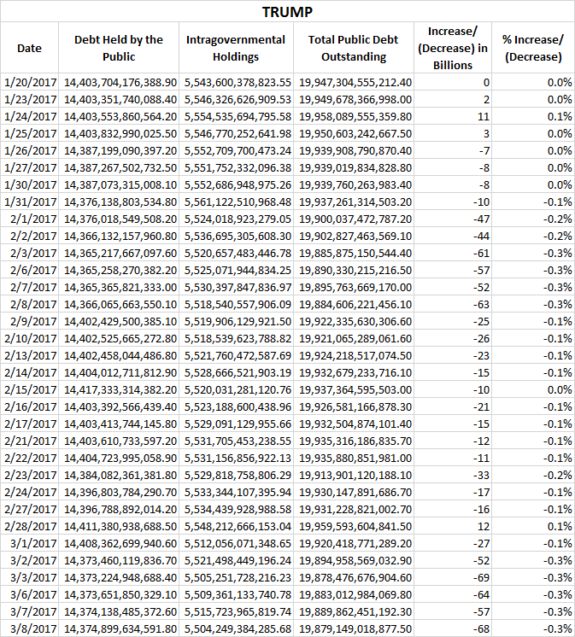 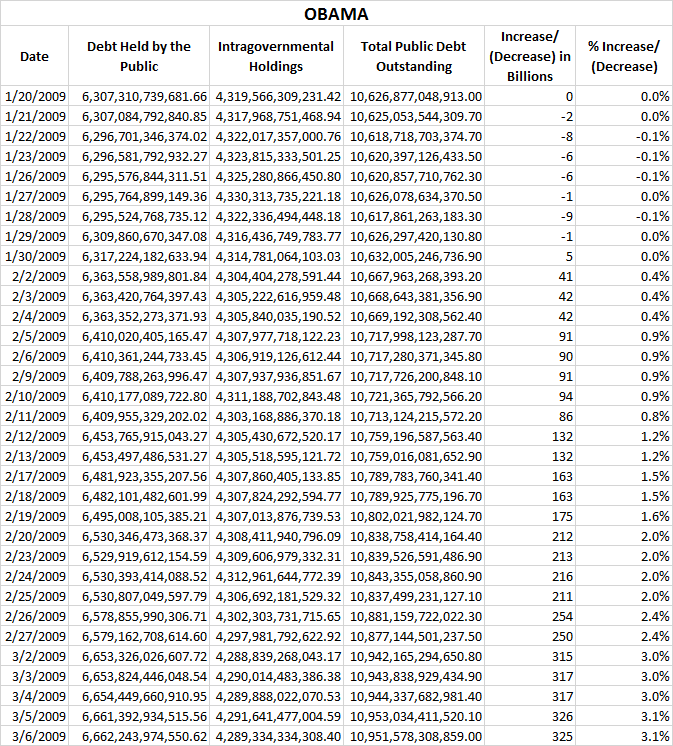